Stephen, Anne and Ger McCarthy with a set of triplet Friesian bull calves born on their farm last week.

OLD Head of Kinsale farmer Ger McCarthy gives his new-born calves the five-star treatment by giving them cosy jackets and housing them in a brand new, purpose-built shed.

The luxury nursery is filling up fast, though, with a set of triplets born on the farm last week, and a set of twins just before that. 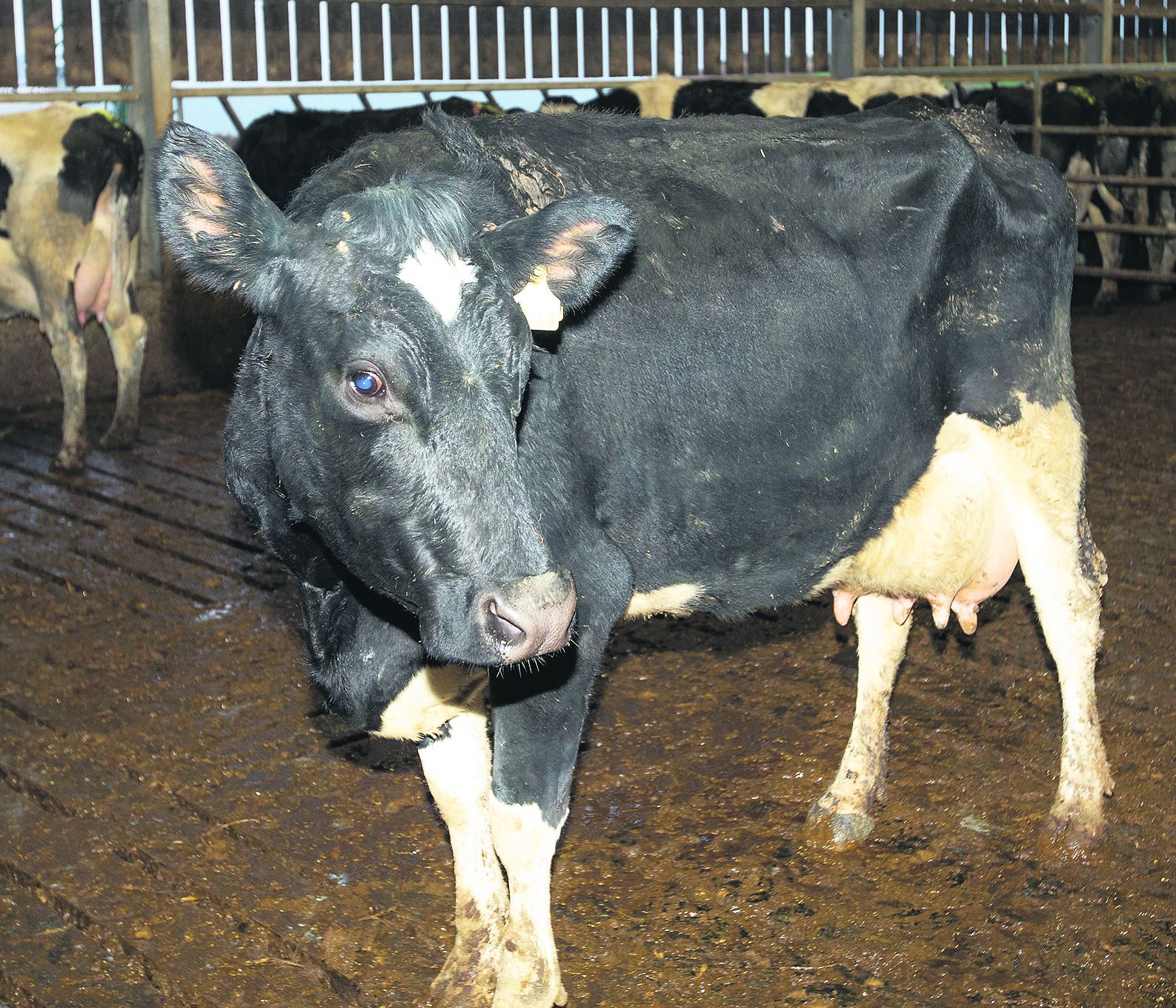 The mother of the triplets.

Ger said he and his son Stephen, who he’s in partnership with, had been looking forward to the arrival of what they thought was their second set of twins.

‘The first came out no problem, but the second was in breach so I had to help. I thought that was it, but five minutes later, I noticed the cow was trying to eject another, which was also in breach and I helped with that too,’ he said.

The triplets are male with an EBI of 226; while the twins are one of each and are Belgian Blues with an interested buyer already in contact. 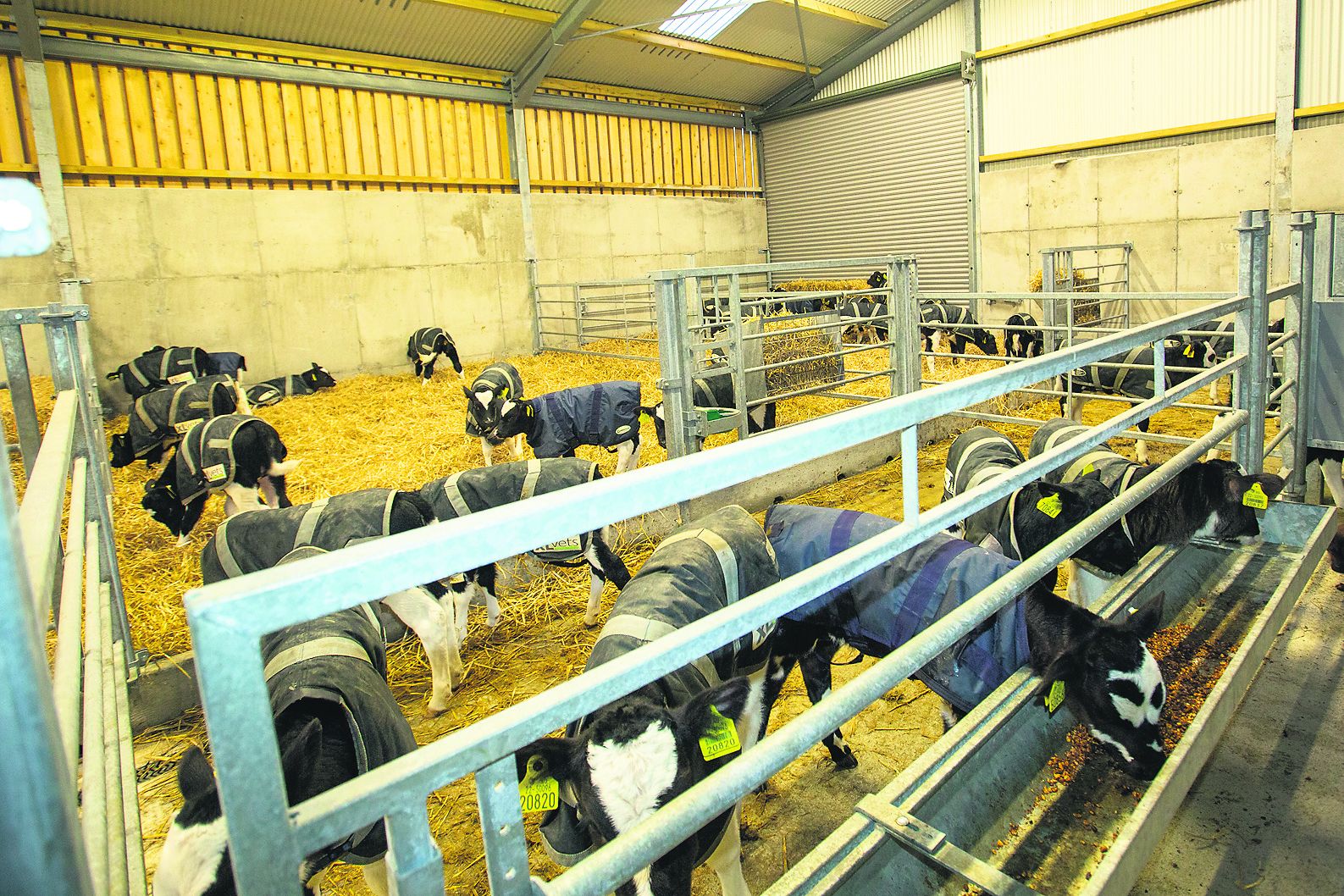 The new calf shed with its well-dressed calves.

Ger was a new-entrant farmer in 1991, farming in his wife Anne’s home place. Starting with 13 cows, the Barryroe Co-op supplier now has a herd of 72 Freisians.

He boasts an impressive EBI of 147 and Ger says they select their bulls with care from the Bandon-based ICBF, a practice they’ve been following for around 10 years and which is clearly paying off.

They have a six-week calving rate of 85% and with 50 cows already calved, have 54 calves in the shed which can accommodate 90 in total.

Ger describes their ‘swaddles’ as being like a small horse jacket. If a calf’s temperature goes below 15 degrees, all their energy goes on staying warm instead of growing.

Ger also works in construction, while Stephen is a carpenter and they’re helped on the farm at Ballymackean by Ger’s wife Anne. 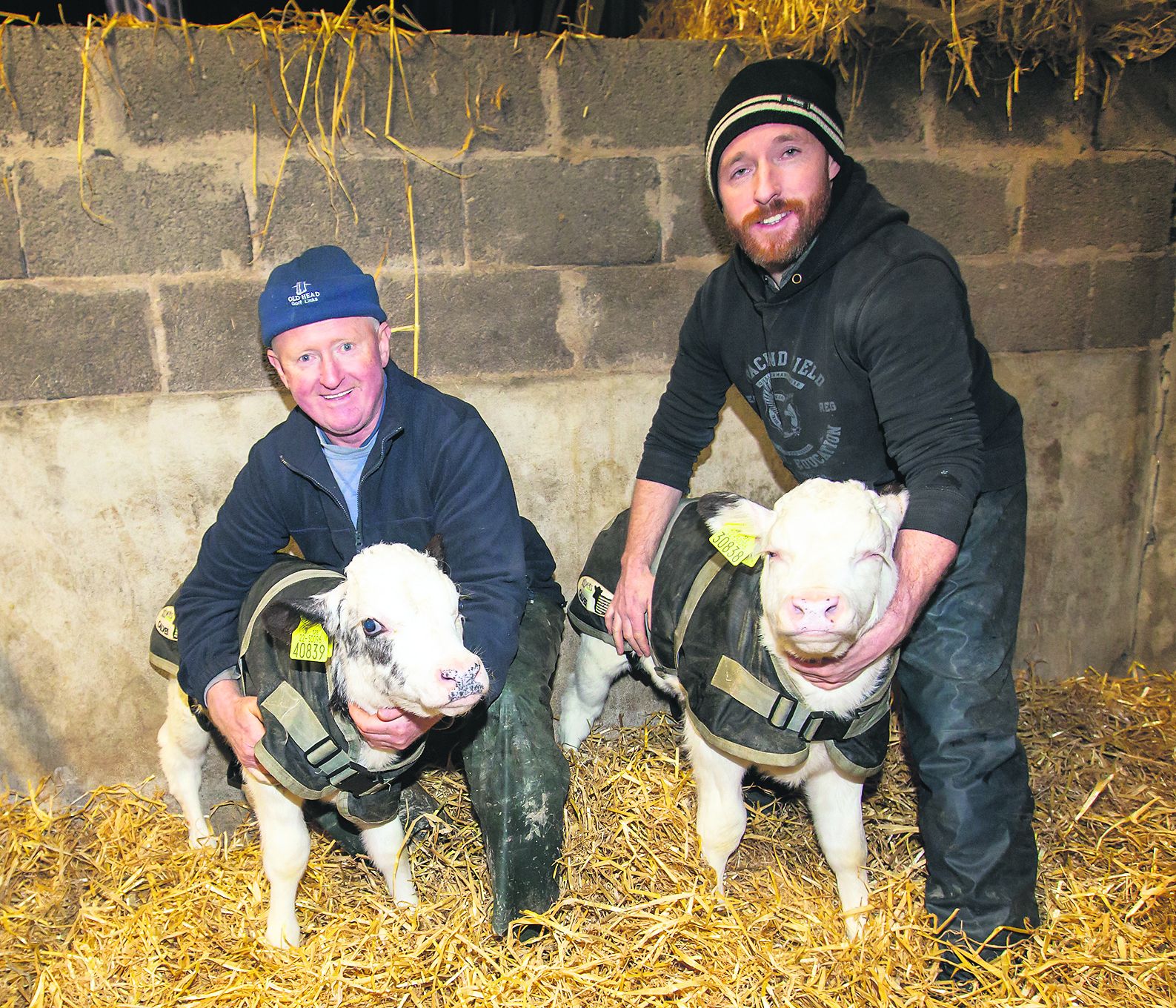 Ger and Stephen McCarthy with their twin Belgian Blue calves.