Will anyone be able to stop Fermanagh’s Alastair Fisher in this weekend's West Cork Rally?

IT’S back. Clonakilty is once again the rally capital of Ireland on this St Patrick’s weekend with the Clonakilty Park Hotel West Cork Rally featuring a total of 14 stages all within easy reach of the popular tourist town.

Interestingly, and whatever happens, there will be a new winner of the event as none of the top 20 have ever won the event previously.

Top seed Fermanagh’s Alastair Fisher in the Melvyn Evans Motorsport run VW Polo GTi has finished third and second in the most recent events in Clonakilty and would indeed be a popular winner. Back in 2019, he finished second to Craig Breen. In what was the only Tarmac round of the 2020 season, he won the Galway International, his first-ever win in a round of the ITRC. He likes the West Cork terrain and is a fan of the rally.

‘The rally holds good memories for me. I feel it has grown in stature over the years and it’s as good as an event that a driver will get. The stages are flowing and not punctuated with baled chicanes. I particularly like the flow of the Ardfield stage. Traditionally, it’s a fast pace, the stages are a very different nature to Galway and you will be up a gear for sure and making more positive pacenotes,’ Fisher explained.

With the knowledge that Moffett also has a good record and is familiar with the stages, Fisher will certainly take nothing for granted and expects the Monaghan driver will be right on the pace, as will Derry’s Callum Devine (Ford Fiesta R5) and Fisher’s own stable mate, Welsh ace Meirion Evans, also in a VW Polo GTi R5.

It should be a relentless battle from this quartet that based on previous form, should be at the cutting edge from the start.

They have been categorised as the top tier but the likes of Cathan McCourt, Garry Jennings, Daniel Cronin, all in Fiesta R5s, and last weekend’s Kirkistown Bishopscourt Rally winner Jonny Greer (Citroen C3 Rally 2) are closing that gap and will be ready to pounce should the top quartet falter. 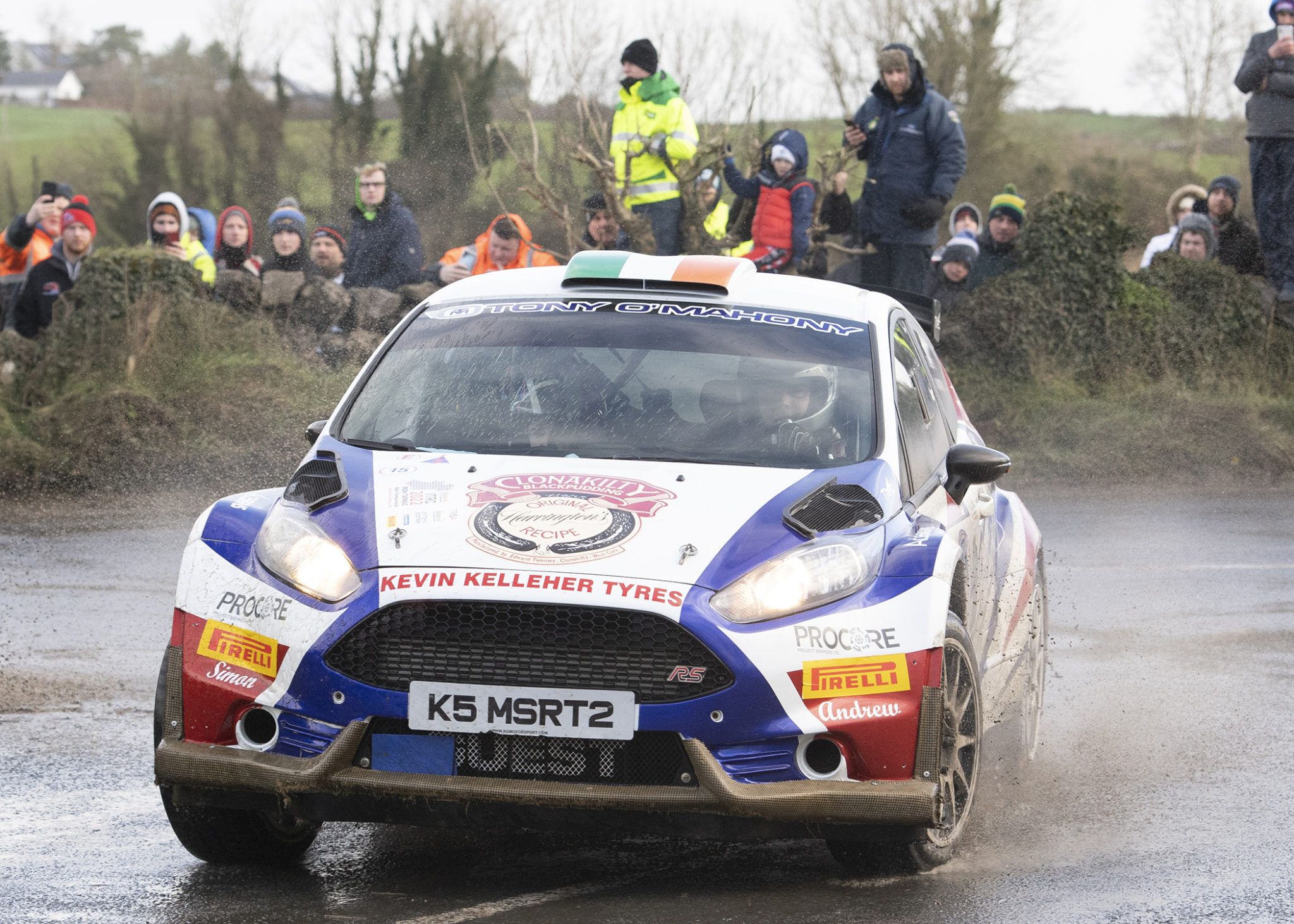 Cronin is the top local driver and could be the first of that group to pose a threat. The top ten is completed by fellow locals Ovens ace Owen Murphy and Dunmanway’s David Guest, both in Fiesta R5s.

Ring’s Darragh O’Donovan and his Lisavaird co-driver Michael White are the only local crew participating in the Junior section of the rally and should be very competitive on home ground. Donegal’s Ryan McHugh and Killarney’s Jason Farrell are the top two seeds, also in Honda Civics.