Ephie Fitzgerald was in charge of the Cork senior ladies football team for six years.

EPHIE Fitzgerald admits he was surprised to discover on Twitter that Cork LGFA was advertising the role of Cork ladies’ senior football manager.

Fitzgerald’s term as Cork boss ended with the county’s shock All-Ireland semi-final loss to eventual champions Meath on August 15th when the Royals struck two goals in the last minute to force extra time before eventually winning 2-12 to 2-10.

‘A bit before the job was advertised on Twitter, I was asked was I interested in going forward, and I wasn’t really sure to be honest, though I was still interested,’ Fitzgerald told The Southern Star.

‘I don’t have an issue with the recruitment process but I was disappointed with the lack of communication from the board and seeing the job advertised on Twitter without anyone telling me beforehand.

‘When you give something that much time and don’t take a penny for it, all you want is a small bit of respect – but that was sadly lacking.

‘If the county board wants to change direction, by all means, I’m okay with that. If they wanted a change, that’s fine. But someone should have rang me to let me know what they were thinking.’

Fitzgerald says he received an email to ask was he interested in reapplying for the position – and he was.

Cork LGFA chiefs set up a five-person committee to select the county’s management teams for 2022.  The committee included the chairman, secretary, development officer, childrens officer and a former player. Interviews for the senior job were held last week, but Nemo clubman Fitzgerald told the board he would not take part in this interview process. He was informed this would have a negative impact on his application for the job, but he was already resigned to not being handed a new term in charge. 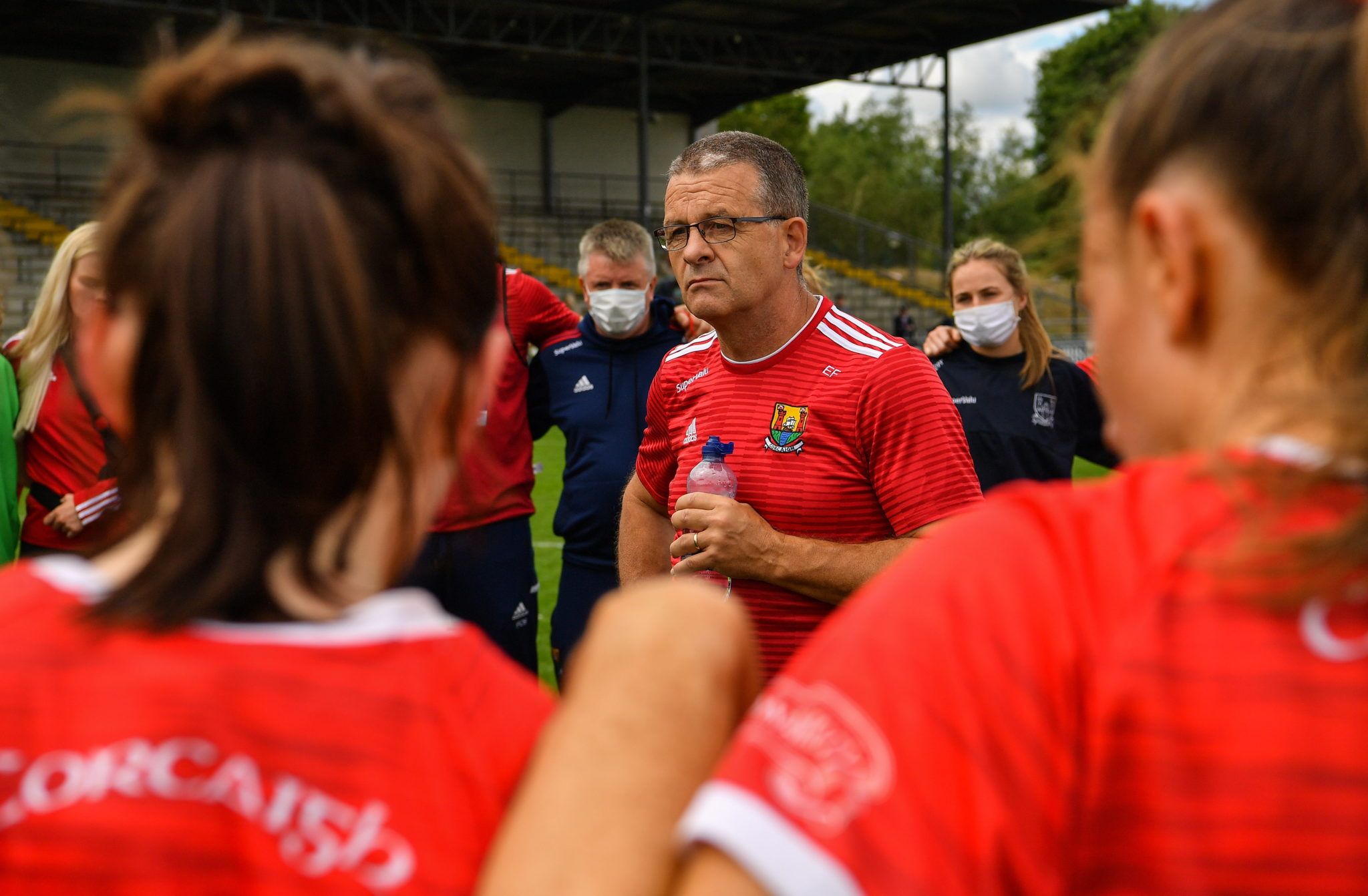 ‘I gave the last six years to the job and I really enjoyed it. We had our ups and downs, our highs and our lows, and I have worked with a great bunch of players,’ Fitzgerald says.

‘In the last six years we have been in every All-Ireland semi-final or final and every Division 1 league final or semi-final. We won three leagues, three Munsters and an All-Ireland, and that was with a totally new team. We didn’t fall away. We are talking about following a unique bunch of Cork footballers that dominated ladies football for a decade, and while that era came to an end, we were still very competitive and still picking up trophies.

‘This Cork team is in a strong place now and will challenge next year again. Anyone with any sense of analysis would know that we got our tactics right in the semi-final against Meath but what cost us was human error – and that can happen. Seven points up with two minutes and 47 seconds to go, what happened after that was human error and these things happen. It’s no one’s fault. It just happened. We spent a lot of time working on how we would play against Meath – and despite losing Orla Finn before the game and Ciara O’Sullivan during it – that plan worked. We were quite comfortable up to that point. I have no problem with criticism when it is valid but criticism for the sake of having other agendas doesn’t wash with me.

‘In terms of being manager, I feel how it finished could have been handled better and more diplomatically, and it does leave a small sour taste in the mouth. A big thing for me in this is respect, and I feel after six years as manager I should have been told what the process was, but I wasn’t. I learned about the job being advertised on Twitter.

‘If the board wanted a change, then all they had to do was tell me, but I could see what was happening.’

Fitzgerald leaves the role after six years in charge and in his reign Cork contested three All-Ireland senior finals, winning in 2016.