Dazzling boots: The 2015 West Cork Schoolboys' League squad that travels to the University of Limerick next week to compete in the annual Kennedy Cup. 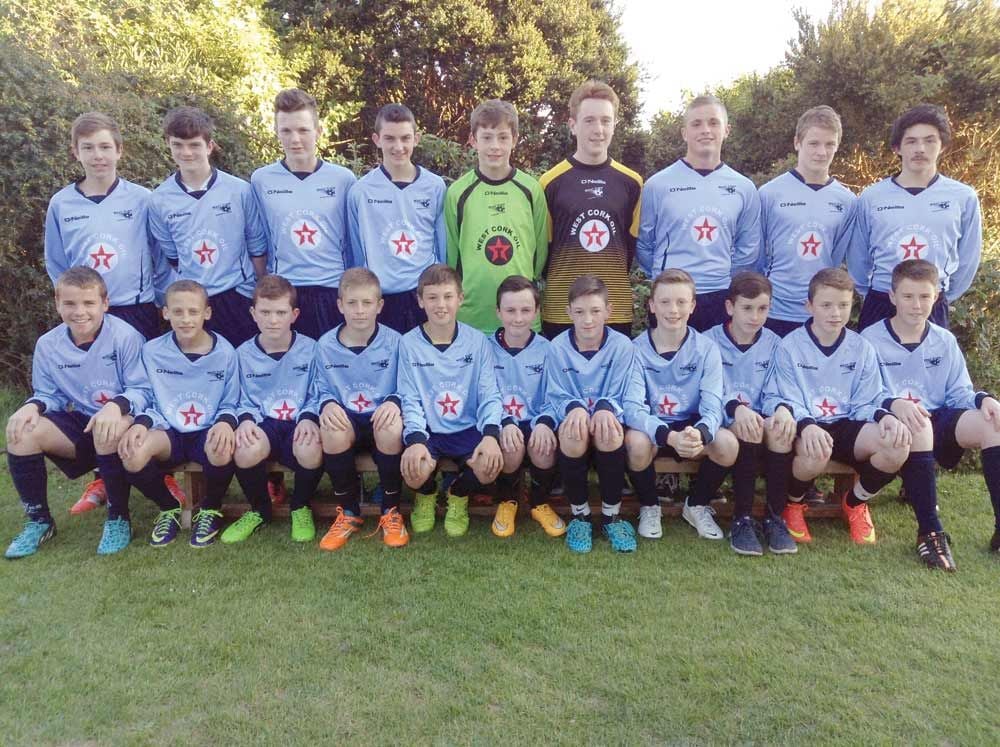 Dazzling boots: The 2015 West Cork Schoolboys’ League squad that travels to the University of Limerick next week to compete in the annual Kennedy Cup.

THE West Cork Schoolboys’ League team – sponsored by West Cork Oil – begins their 2015 Kennedy Cup odyssey at the University of Limerick next Monday.

Twenty of the West Cork region’s most talented young footballers will proudly represent their region, league, club and families at one of Europe’s most prestigious tournaments, along with 31 other Irish schoolboys’ league representative squads.

Scouts from the biggest names in European football will be present at the annual event, giving WCSL players an opportunity to show what they can do and possibly make a name for themselves in the most competitive of environments.

Recently crowned SuperValu U14 Premier League champions Bantry Bay Rovers will be represented by James Hickey and Sean O’Sullivan. Hickey has emerged as one of the top defenders in the WCSL this past season with O’Sullivan the most complete striker to emerge from the Kealkil club since Connor Ellis.

Rovers edged Skibbereen for the league title in the same season the Baltimore Road club defeated their Bantry rivals on penalties for the U14 Cup at Turner’s Cross. Paddy Burke, Alex Minihane and Dylan Murray were central to that cup success with Minihane enjoying a standout 2014-15 campaign in the centre of the park. Each Skibbereen player is expected to shine in Limerick.

Clonakilty AFC also challenged for the Premier League crown until fading in the final weeks but are well represented at this summer’s Kennedy Cup by the backbone of their emerging team.

Striker Dean Harte is capable of making a big impact on this year’s tournament while midfielder Adam Hunt is equally talented and comfortable on the ball. Joe Edmeade and Darragh Holland’s contributions over the past nine months underlined both players burgeoning talent and the Clonakilty quartet will be vital to West Cork’s chances of success.

The remainder of the squad is drawn from the Ardfield, Bunratty United, Leeside, Sullane, Riverside Athletic and Togher Celtic clubs and travel to Limerick with the hopes and best wishes of the entire WCSL community.