Tadhg MacCárthaigh's Eugene Daly celebrates scoring the only goal of the game against Kilmacabea.

TWO of the great gladiators of Carbery junior football served up a thrilling third-round JAFC encounter that hung in the balance right to the final whistle in Rosscarbery.

A quickly-worked goal in the 43rd minute put Tadgh MacCárthaigh ahead for the very first time, but the sides were level as full time approached before Charlie McCarthy struck with a late free to edge the Caheragh side in front by the bare minimum.

Reigning champions Kilmacabea had a late, late opportunity to take the game into extra time when they were awarded a free in added time, however Daniel O’Donovan’s effort tailed away to the right and wide.

New champions will be crowned in Carbery now, but Tadgh MacCárthaigh manager Carthach Keane said afterwards: ‘This result isn’t worth a damn to us if we can’t win the next round.’ But for Kilmacabea, their reign is over and they were shell-shocked afterwards.

There was little evidence of a thriller as Kilmacabea ruled the roost early on, a succession of points from the prolific Damien Gore saw them race into a 0-6 to 0-2 lead by the first water break. Gore (5) and Donnacha McCarthy had Kilmacabea purring while Charlie McCarthy’s brace kept the Caheragh men in the hunt. Interestingly, their starting line-up showing 12 positional changes and four personnel changes from the match-day sheet. 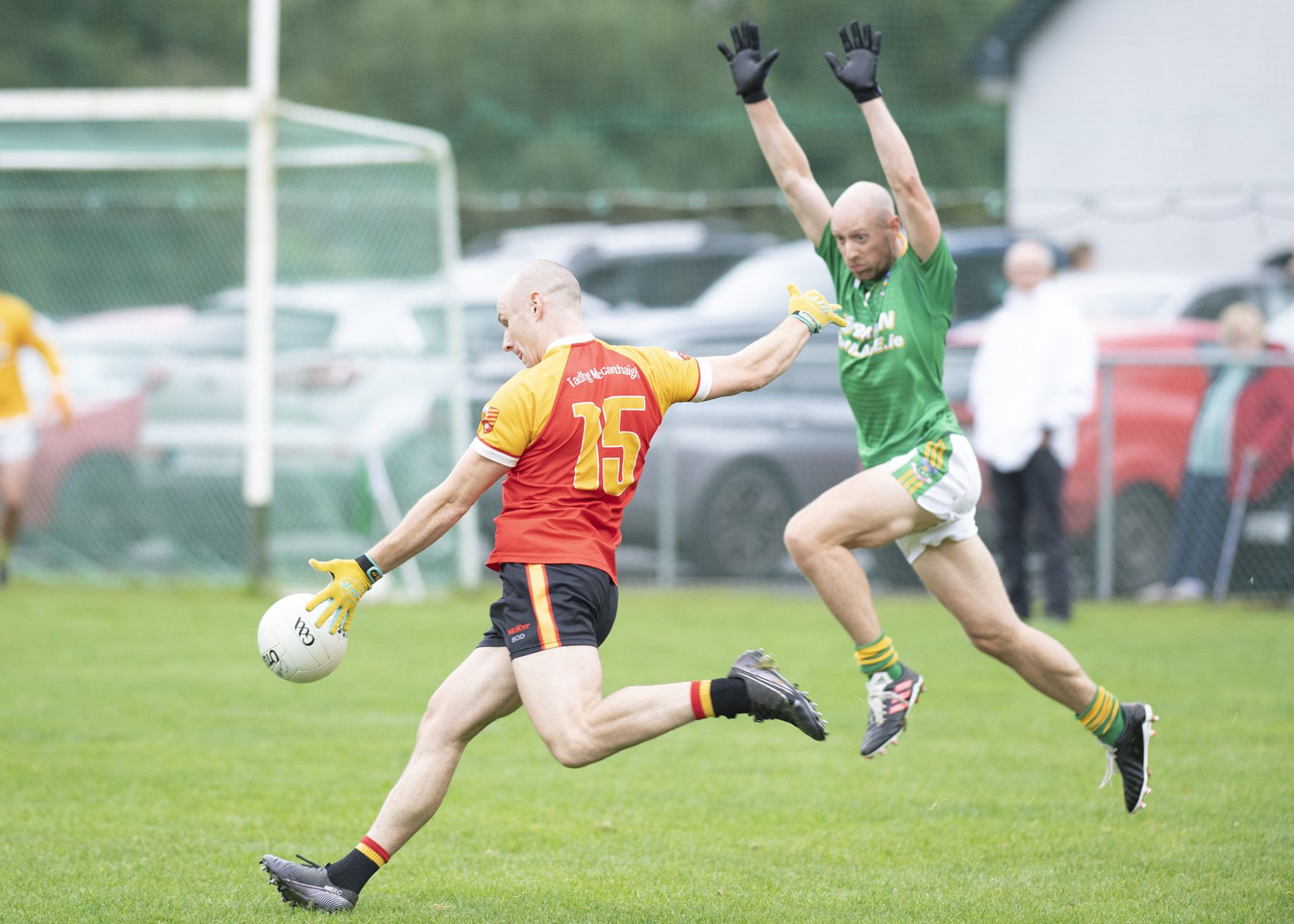 Just after the water break Gore, again, stretched their lead, but Tadgh MacCárthaigh were finding their feet. Scores from Gavin O’Neill (free), Charlie McCarthy (two frees) and Paddy Burke cut the deficit to two points by half time, as the contest simmered.

For the opening ten minutes of the second half, the sides cancelled each other out with defences prominent. Eoin O’Donovan’s point on 40 minutes fuelled the Caheragh machine that gained greater momentum by Brian O’Driscoll’s meandering journey that brought parity to the sides two minutes later.

Within 90 seconds, Colm O‘Driscoll’s pass to Sean McCarthy was fast forwarded to Eugene Daly, who plundered his shot into the Kilmac net to put his side a goal ahead. Daniel O’Donovan pointed prior to the final water break and narrowed the gap, 1-8 to 0-9.

Gore, quieter in the second half after Colm O’Driscoll was moved back to shadow him, raised another white flag before O’Donovan converted a 45 to bring the sides level for a second time by the 57th minute. 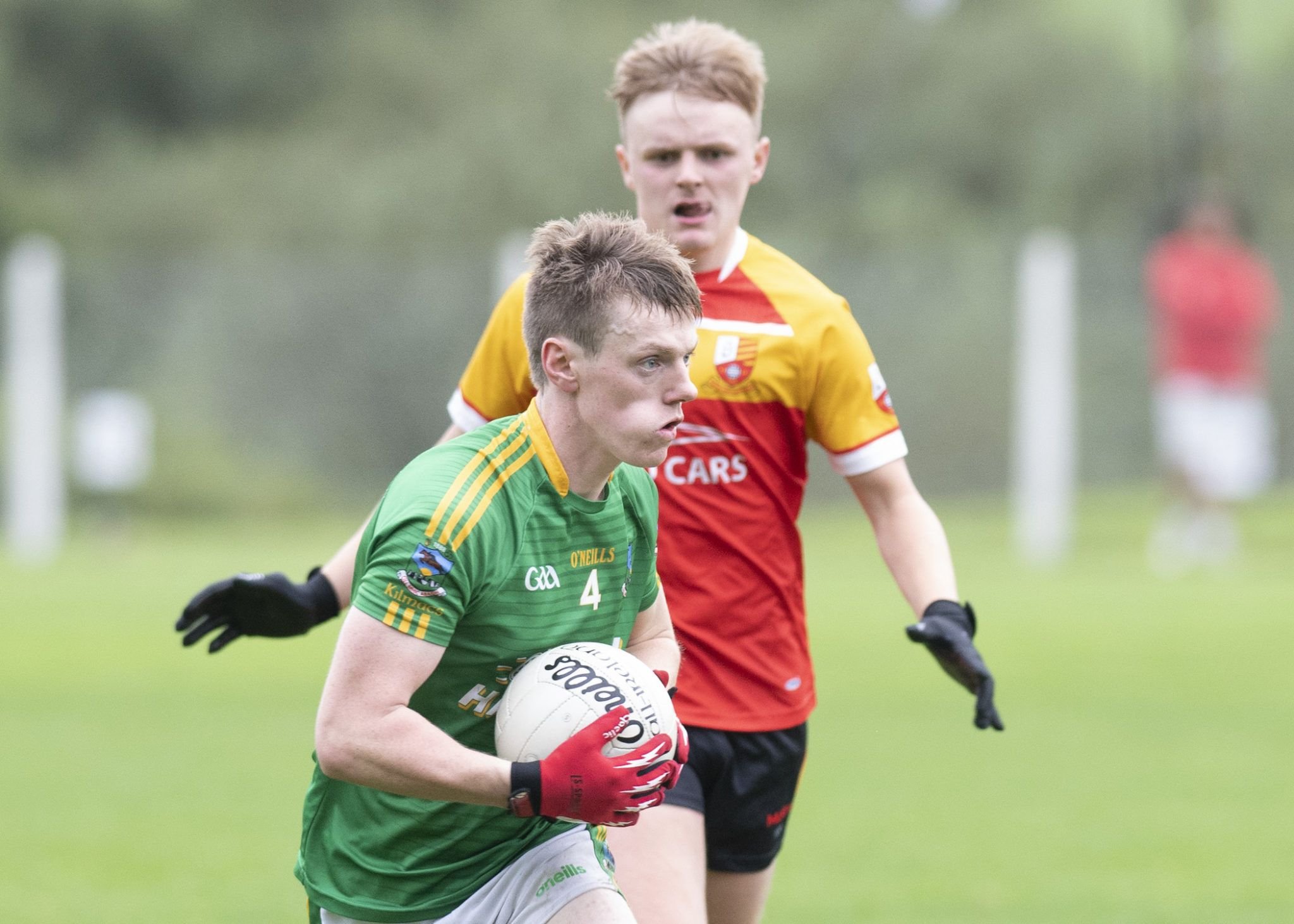 Kilmacabea’s Diarmuid O’Callaghan races away from Killian Murray (Tadhg MacCárthaigh) during the third round game in Rossscarbery. (Photo: Martin Walsh)

Then it was the turn of Charlie McCarthy to put Tadgh MacCárthaigh ahead with a free close to full time. Kilmacabea still had that late chance to level, but it went wide and with it their hopes of championship glory. Tadgh MacCárthaigh, however, march on.

‘I am more than relieved, I am very happy,’ Carthach Keane said.

‘We set targets that we probably didn’t reach last year, we lost to them (Kilmacabea) by a point in the semi-final, the bounce of the ball went the wrong way for us last year. It looked that way again today in the first half, we had six wides, they kicked some unbelievable scores. We were doing a lot of things right but the ball was going the wrong side of the posts for us. At half time, we thought we were in a great position as we felt we hadn’t got going yet. Our second half was unbelievable, this is the most I have seen them dig deep, a massive result.’

Now Tadgh MacCárthaigh will want to make this win count as the Carbery JAFC moves towards the business end.