DOMINANT in the men’s lightweight double, Fintan McCarthy proved he can hold his own in the lightweight single too, as he brought home a silver medal from the recent World Cup II in Poznan.

The Skibbereen rower swapped his familiar – and Olympic gold winning – double for the single in Poland, but showed he is the complete package with a strong showing.

McCarthy won his heat and A/B semi-final before leaving it all on the water in the A final. He led for three-quarters of the 2000m final but was just pipped to gold inside the final 100 metres by Matthew Dunham of New Zealand.

‘It was a battle the whole way, the last 500 was a bit of a blur for me,’ McCarthy said afterwards.

Gary O’Donovan, one of four Skibbereen rowers in action for Ireland in Poland, finished fifth in the A/B semi-final of the men’s  lightweight single that his club-mate McCarthy won; there were eight seconds between the West Corkmen. O’Donovan then went on to finish fifth in the B final, for an 11th place overall finish.

Olympic bronze medallist in the women’s four, Emily Hegarty was also back on the podium when, partnered with Fiona Murtagh, the Aughadown woman won a bronze medal in the women’s pair A final on the Sunday morning. Fourth at the halfway mark the Irish boat was up to third with 500 metres to go and they held that position, beating the Crezh Republic to bronze, and behind the USA and The Netherlands. 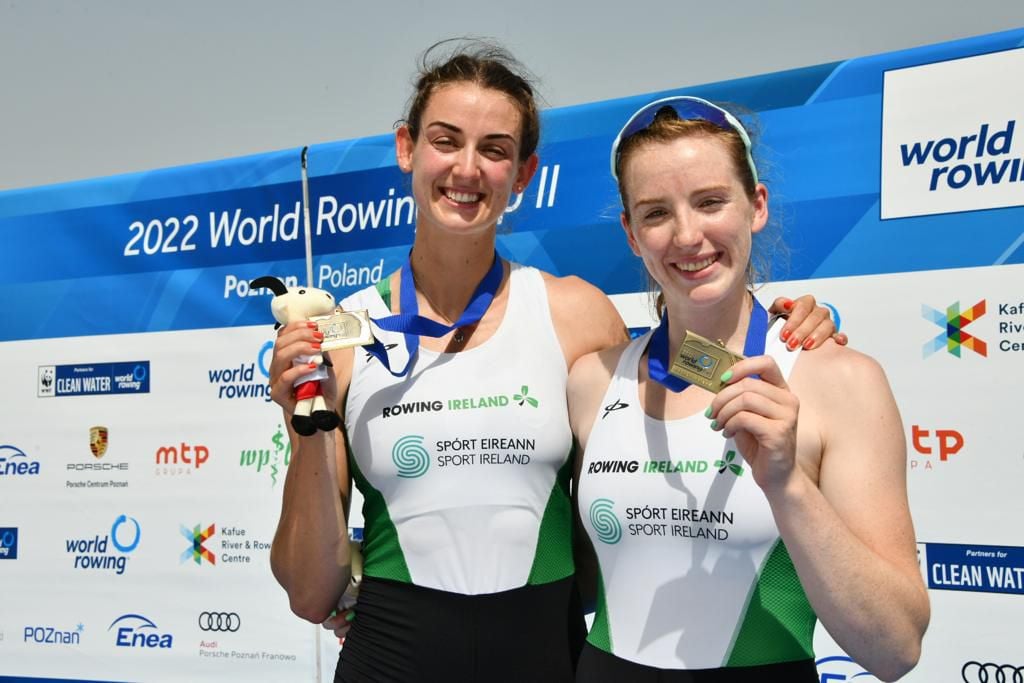 Lydia Heaphy also got on the podium with a brilliant bronze medal in the lightweight women’s double alongside Margaret Cremen. Second in their heat and third in their A/B semi-final, the all-Cork crew knew they had a chance of a medal – and this A final produced an incredible finish. With the USA in front there was very little between Australia, Ireland and China in the battle for the silver and bronze. In a photo finish, Australia finished second (7:02.37), just ahead of Ireland in third (7:02.53) with China less than one tenth of a second behind (7:02.62). 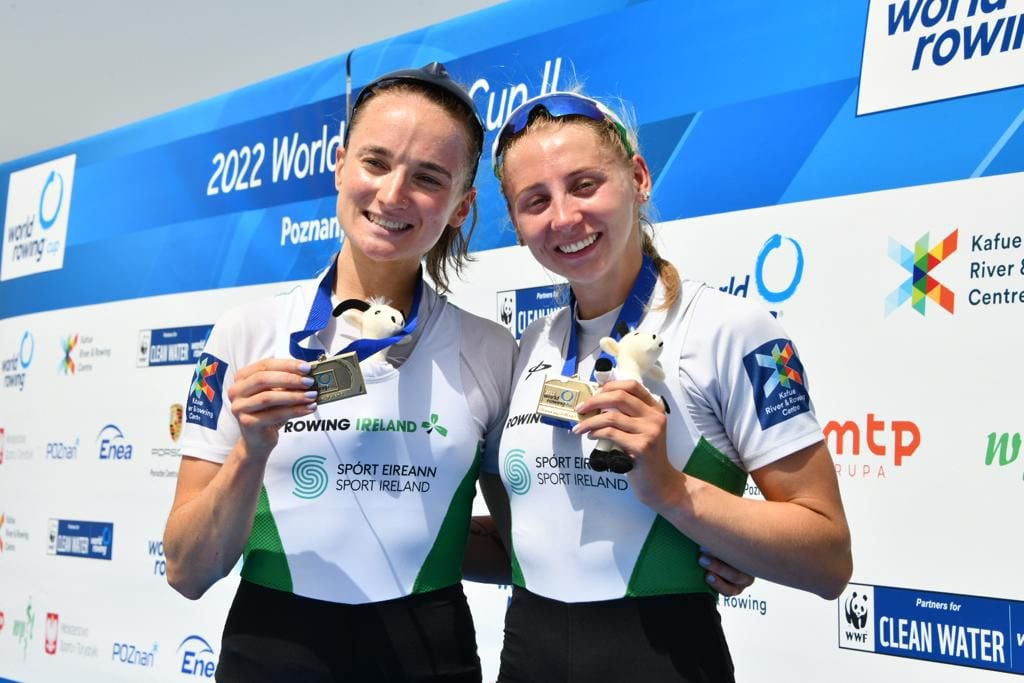 Rowing Ireland High Performance Director Anotnio Maurogiovanni commented: ‘We are all very happy and delighted with the results. We have gathered the information that we needed for our internal assessment. We know where we are and where we need to go for the rest of the season.

‘This was the first big international competition post Tokyo and the whole team raced at their best. Taking home six medals across para, lightweight and heavyweight rowing is a difficult feat. The coaches and all the individual crews will go through a deep review and prepare for the next phase which will see the selection of the European Championships.’