Before Saoirse picked up her first All-Star award, after being named on the 2022 PwC Camogie All-Stars team on Saturday night, Rachel Moloney was the only Courceys player to have a Camogie All-Star in her collection. In fact, Moloney has three. But current Cork wing back Saoirse is catching up.

‘It’s great for my family, and to get something at the end of the year after all the training and hard work. I think it’s a good indication of how well we (Cork) were going and how close we were to winning. Obviously it would have been a lot nicer if we had won the All-Ireland final. Still, it’s great to be recognised, but hopefully we’ll knuckle down and do the big one next year.’ 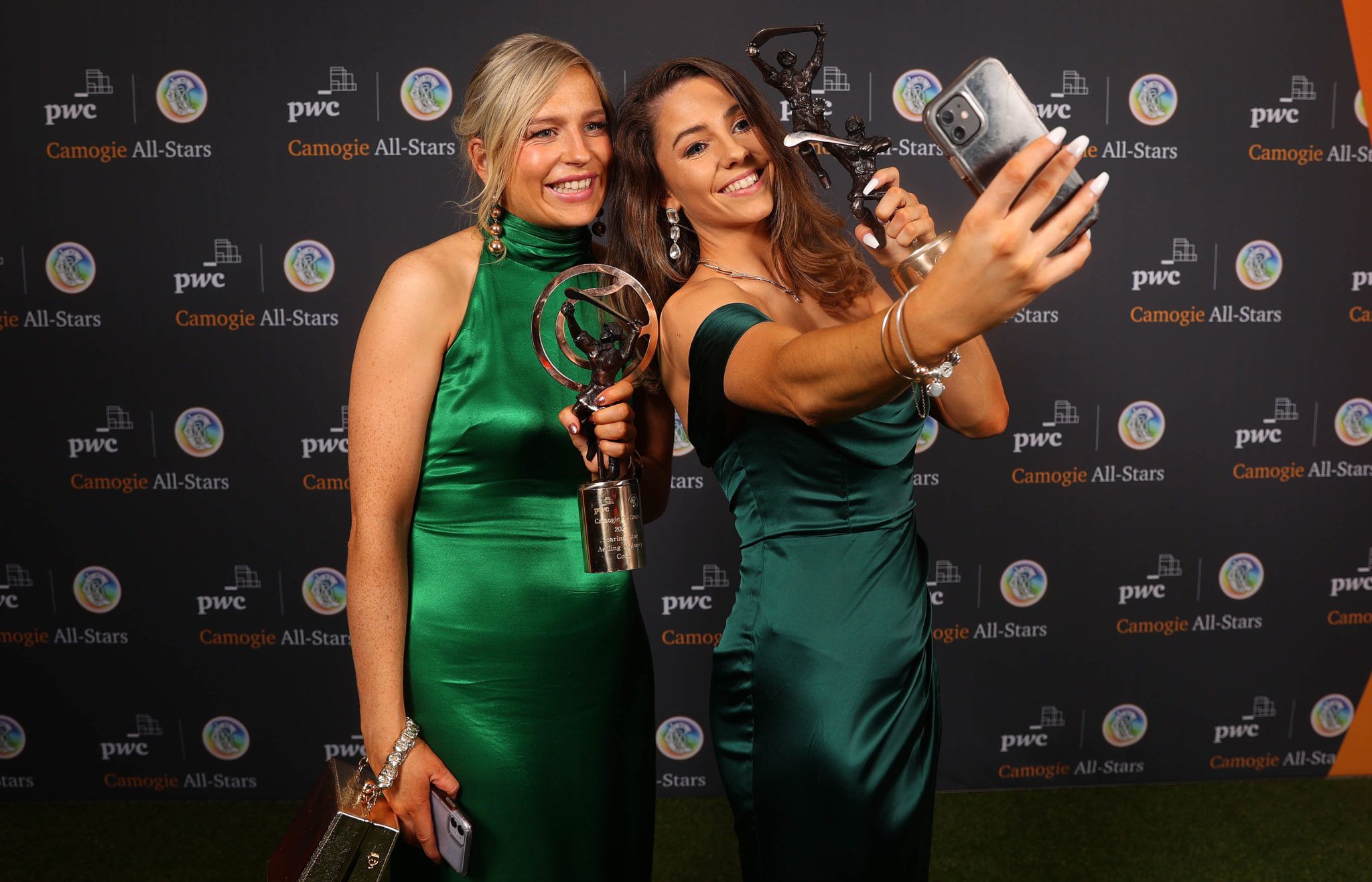 It’s a proud moment for her club, too, and another Courceys star, Fiona Keating, was also shortlisted for a Camogie All-Star, so the club was well represented at the awards ceremony in Croke Park on Saturday. Making it a memorable night for Courceys, Ashling Moloney picked up her first Soaring Star award and was named as one of the 2022 PwC Camogie Soaring-Star winners after an impressive season with the Cork intermediate camogie team. Two more Cork players, Joanne Casey and Lauren Homan, also picked up Soaring Star awards.

‘Courceys are so supportive. Half the parish was up there! There was a great sense of community. For a small club in Ballinspittle/Ballinadee to have two representatives, it’s mental when you actually think of it,’ McCarthy said.

‘It was great having Fiona nominated at centre forward. Delighted for her and she’s only going up, and hopefully next year she’ll get the award.’

Saoirse takes her place at wing back on the 2022 All-Stars team, and this is where she is making her name, but when she started at county level the Cork star was renowned as an attacker.

‘I adapted to it last year (2021) and I really enjoyed it. This was my first proper year playing there and I got nominated for an All-Star. You can’t be picky when it comes to a competitive team like Cork,’ she explained.