Rosscarbery man John Hodnett runs in a try for Munster.

WHEN you see any Irish player getting their contract renewed an entire year before it is due to expire, you need to take notice of that because it doesn't happen very often. It is so rare as to be notable.

A few weeks back, Munster announced a new deal for Rosscarbery man John Hodnett that added an extra season to his deal that was due to expire in 2024. He only signed his two-year deal – his first senior professional contract – last season and, despite missing most of the last year with an Achilles tendon issue, Munster saw fit to do something very rare and sign him to an early extension as rumours of French clubs sniffing around and even talking about transfer fees float around. That is the level that John Hodnett is (a) performing right now and (b) showing the level he soon will be performing at, but it shouldn't come as a surprise to you. He's been showing this for years.

Hodnett was arguably the star performer in the pack for the Irish U20s during their Grand Slam year in 2019. His explosive ball carrying, energetic, iron-tough defence and sharp breakdown work stood out repeatedly despite not much in the way of a hype-train coming into the tournament, as so often follows young talent these days.

Since then, he's had a few issues with injury that have stalled his progression at times but every single time Hodnett has moved up a level, he's looked right at home. Then the Achilles injury struck back in 2020, the same season that Johann Van Graan spoke about the then academy back row being very close to the Heineken Champions Cup team. Achilles injuries are serious. They land you out for nine months plus and that was true for Hodnett. He missed the rest of the season and didn't really get back into the saddle properly well into the current season. 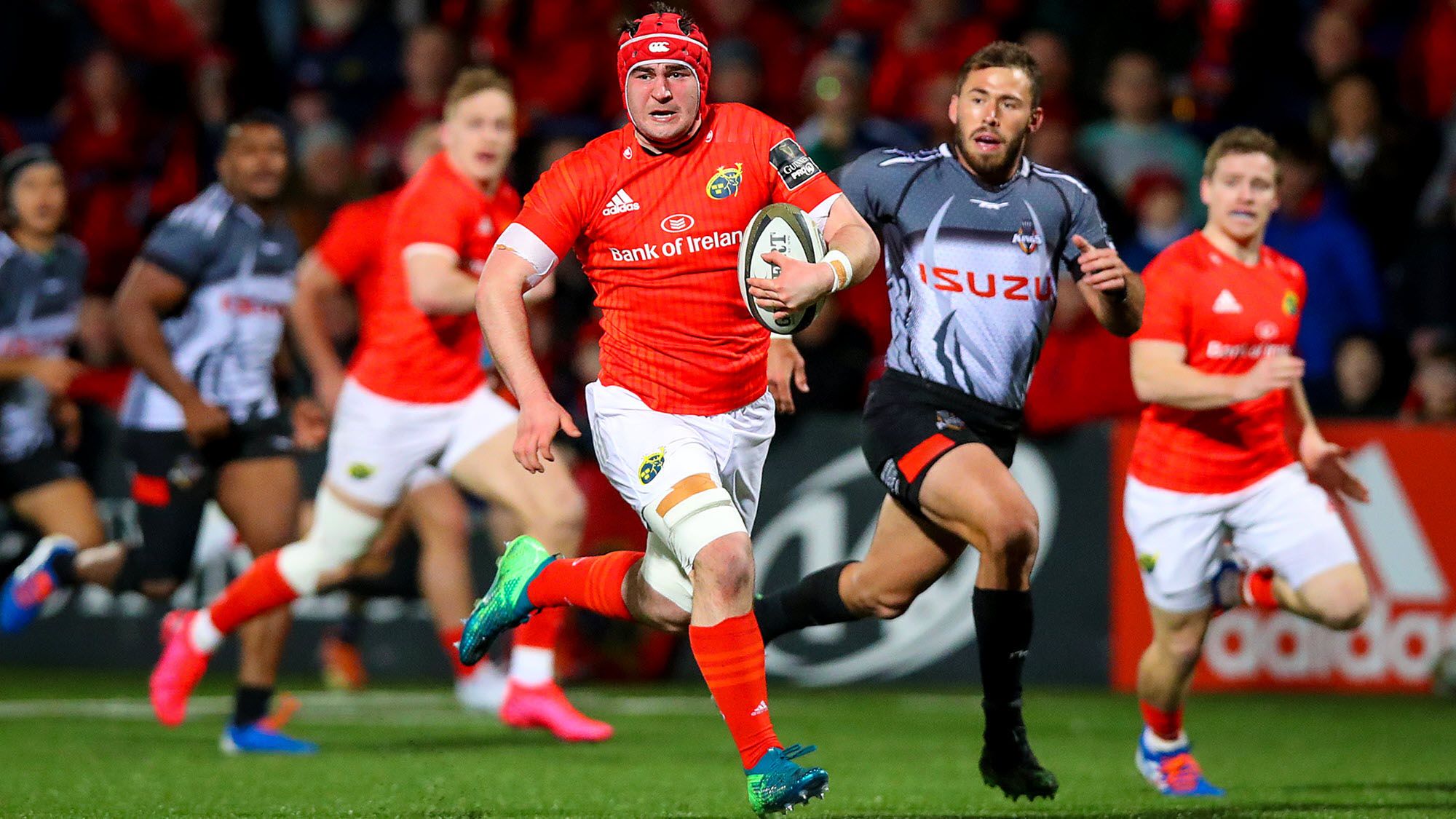 John Hodnett was named man-of-the-match on his Munster debut in their Guinness Pro14 win against the Southern Kings in February 2020.

When Munster's Omicron incident was raging in South Africa, John Hodnett was still technically on the rehab list with an ankle injury he picked up on the comeback trail for UCC. It seemed, with a huge opportunity coming up for Munster away to Wasps in the first round of the Heineken Cup, that injury would take its toll again but Hodnett wasn't having it. You hear a lot of stuff in the aftermath of week's like that but I heard over and over again that Hodnett begged to play even though he wasn't 100 percent fit.

When his name was listed at #7 on the team sheet that Friday morning, my mentions on social media EXPLODED. Genuinely. Two days later, the man they call The Rock around Rosscarbery laid the smackdown against Wasps and played an outstanding game. At that stage, he had seven Munster caps but he played every bit as well as the test internationals dotted alongside him.

He can do stuff like that because he's the real deal. As long as injury doesn't bite too hard over the next year or two, Hodnett will show everyone just how real a deal he actually is in the red of Munster and the green of Ireland. I am sure of it.

Why is that? Well, I wrote on these pages about roles quite a bit last time out and how Gavin Coombes fills his role out for Munster – and potentially for Ireland. My role theory also applies to John Hodnett. I would classify him as a ‘small forward’. There's nothing small about him, really, but we're talking relatively here. If you look at guys like Tom Curry, Josh Van Der Flier, Sam Simmonds, Sam Underhill, Hamish Watson, Ellis Jenkins, Kwagga Smith, Sam Cane, you'll notice that they all hang around that 5'10" to 6'1" height range and then vary in weight and usage during a game. These are Small Forwards, and they are different in size and usage to bigger players because they are expected to be able to do a little bit of everything with some players focusing more on certain skill sets.

Small forwards have a massive work rate in defence, maxing out tackles and defensive breakdown entries but they also have to be lineout forwards who can either jump at the front or, like in Van Der Flier's case, act as a ‘receiver’ who takes the ball from the jumper and wither mauls with it or passes accurately to start the next phase of the set-piece attack. It is on the offensive side of the ball that they have the most amount of difference. 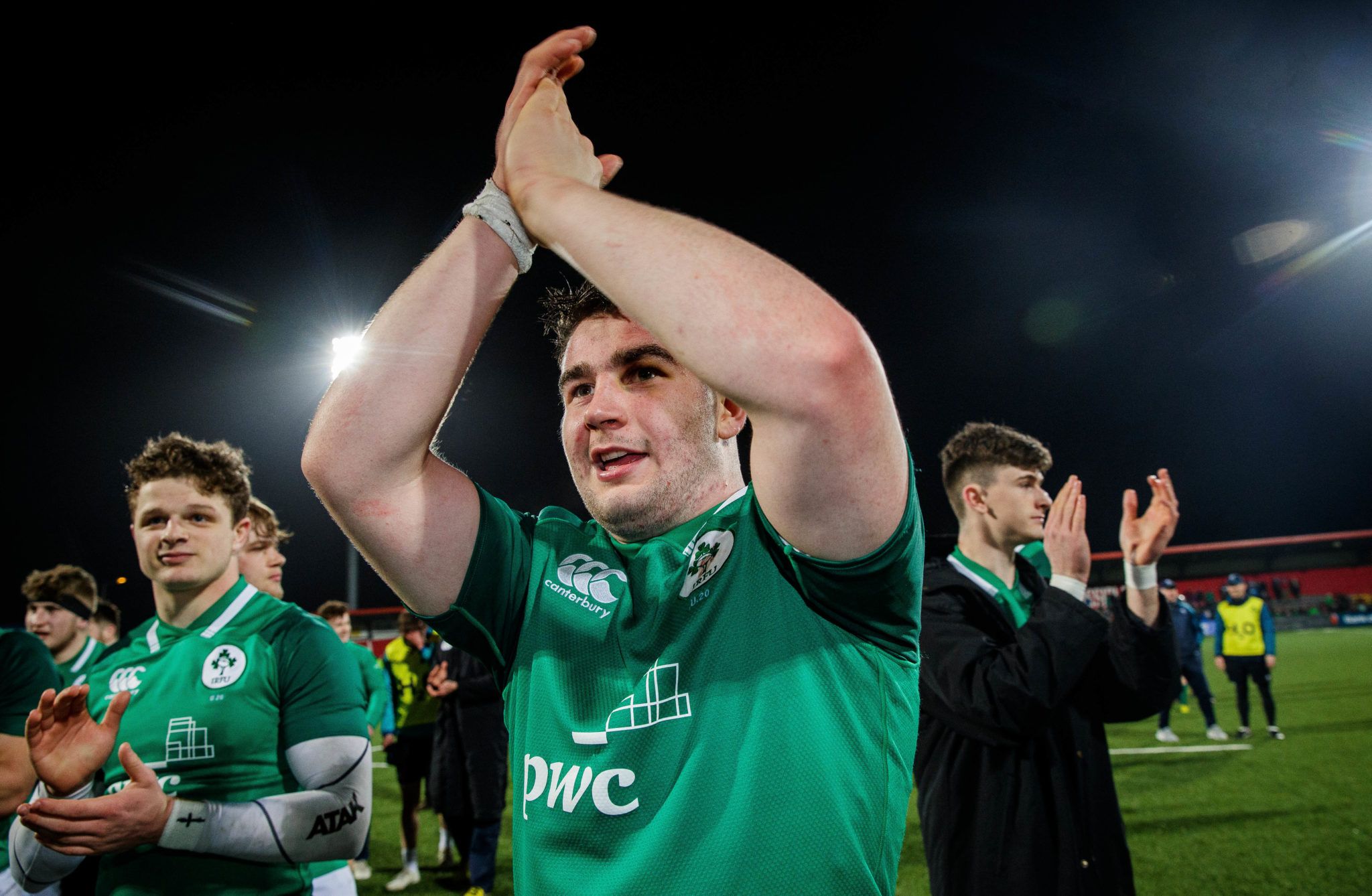 Tom Curry, for example, has a tight carrying game. Sam Simmonds attacks the ball more like a big midfielder than a tight forward. Hamish Watson is a dangerous runner in the wider channels but he has the power and agility to be effective off #9 too. Where does John Hodnett fit in with this role set? Well, he's an impact defender for a start with a strong poaching game at the breakdown. He's already added lineout jumping to his repertoire this season and has really brought on his passing game off the maul and in open play. The biggest area where Hodnett stands out is his explosive ball carrying which works off #9, off #10 and becomes even more dangerous in the wider channels.

Hodnett's ball carrying is such that he can rebalance a back five on his own with the quality and power of his offensive output. He gives up a lot of size in some of his collisions but he's got the leg drive and explosiveness to beat the initial contact and then keep on driving through the tackler. Watch him during any game for any period of time and you'll see this explosiveness and durability in contact every single time.

And, at just 23, he's at least two or three seasons away from what you might call his physical peak as a player. If he's this explosive NOW, what will he be like THEN? That is the tantalising thing about Hodnett who looks set to have all the tools needed to be a top-class player for Munster and Ireland. The completeness of his game, even now, is the most encouraging part of his development but you can't dismiss the mental toughness, the ‘want’ to be a top guy and the intensity of his game that all young West Cork players seem to have.