O'Donovan Rossa's Paudie Crowley is challenged by Newmarket's Connor O'Keeffe during the Bon Secours Cork SAFC round one at Macroom. (Photo: Paddy Feen)

THIS win for O’Donovan Rossa in their opening game of the Bons Secours senior A football championship in rain-lashed Macroom was every bit as decisive as the final score suggests.

The Skibbereen side was in a different class to Newmarket and struck for three goals at vital stages of the game.

Playing with the driving wind and rain in the first half, Rossas were slow to settle, the sides being level 0-2 each after ten minutes. The second quarter told a vastly different story as the Skibb men took complete control of the game and the points began to flow against a very loose Newmarket defence.

It was 0-10 to 0-2 as half time approached, with the rampant Kevin Davis, Elliott Connolly, David Shannon, Dylan Hourihane, Donal Óg Hodnett and Brian Crowley all raising white flags. The first really lethal blow to Newmarket’s slender hopes arrived in the 29th minute when David Shannon crashed a piledriver to the net. It was 1-11 to 0-3 at the break. Lively corner forward Conor O’Keeffe kicked Newmarket’s three points, two from frees.

The sides swapped points to start the second half, Newmarket needing a good restart with the elements but they were dealt another shattering blow in the 34th minute when Elliot Connolly set up Donal Óg Hodnett for another superb goal. It was lights out for the Duhallow men at that early stage, trailing 2-12 to 0-4.

To their credit, Newmarket never threw in the towel and gave as good as they got for the remainder of the game, spurred on by a goal in the 38th minute from midfielder Cathal Browne, who had moved effectively to the edge of the Rossa square in the second half.

Rossas came very close to a couple of goals to end the third quarter, the score standing at 2-13 to 1-5. Winger Elliot Connolly got his reward for a tremendous hour’s work rate when he raced through for Rossas’ third goal in the 46th minute. The superb long-range free-taking of David Shannon was a feature of the last quarter as Davis tapped over a few close-in ones. 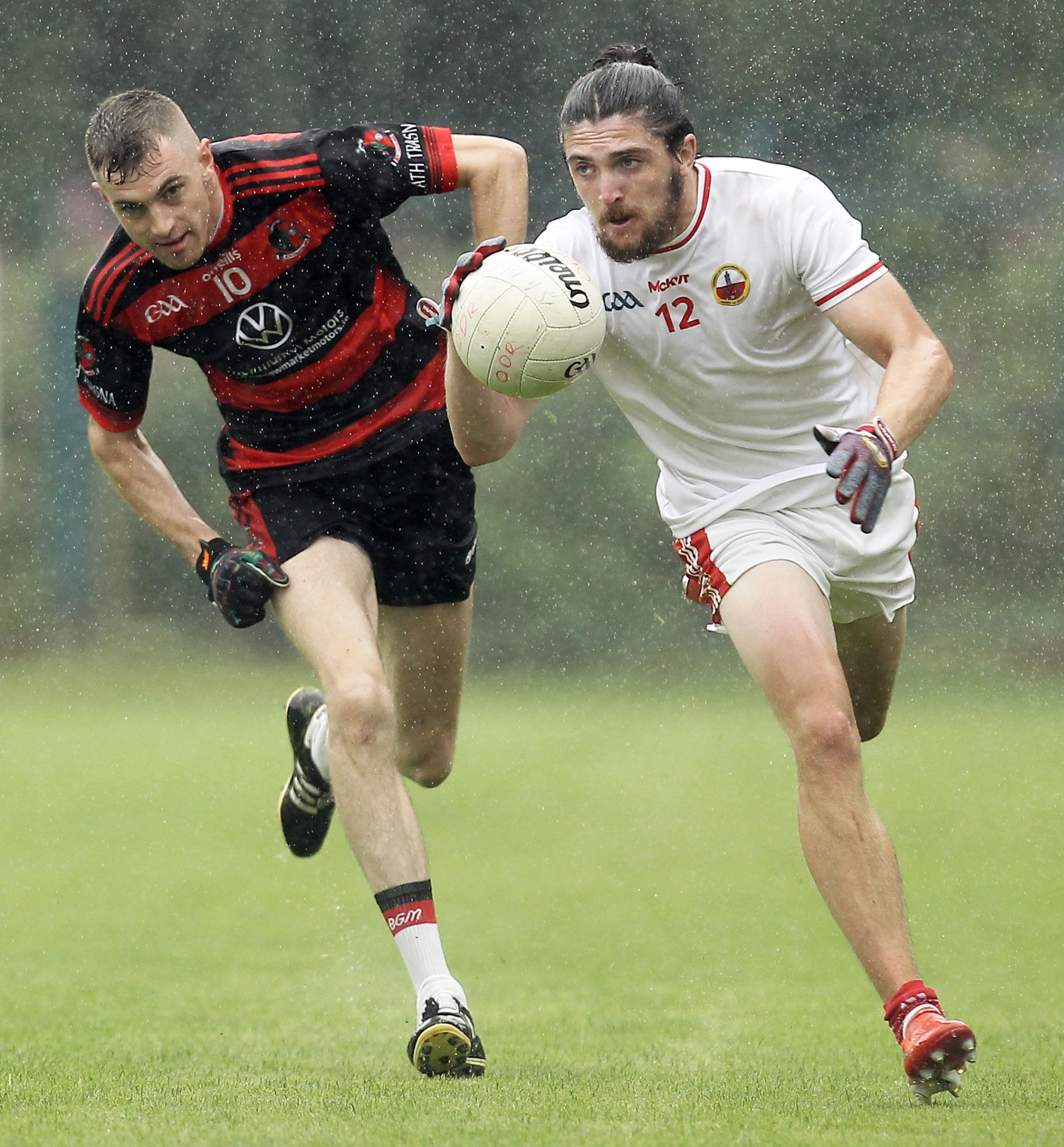 ‘We played very well in the first half and took some very good points,’ said Rossa manger Gene O’Donovan, ‘We’ve worked hard with this team. We were in a very low place not too long ago but the players have regained their confidence and have worked fierce hard. It’s a work in progress.’