ALLANAGH Hoare scored 0-3 from play as Naomh Abán got through to the currentaccount.ie All-Ireland Junior Club Championship final following their win over Castleblaney Faughs at Páirc Íosagáin, Ballyvourney.

Grace Murphy also chipped in with 0-3 from frees for the Munster champions who go on to face Salthill-Knocknacarra in the decider.

Both defences were dominant early on and deserved credit as they kept the danger players out, with Muireann Dineen leading by example for Naomh Abán and Emma Heavin for the visitors.

Hoare opened the scoring for the home side eight minutes in, with Jodie McQuillan equalising from a free for the Monaghan outfit.

It took a while to get going and it wasn’t until the 17th minute that the third score arrived when Grace Murphy put Naomh Abán back in front from a free. Hoare scored the third point in the 24th minute as they had now settled into the game and were starting to dominate. Annie Maher stretched their lead to 0-4 to 0-1, before another McQuillan free reduced the deficit.

Just before half-time Lydia McDonagh managed to break free from the Castleblaney defence and split the posts to see Naomh Abán lead by 0-5 to 0-2, and with the wind to come for the second-half they would have been the happier of the two sides at that stage. 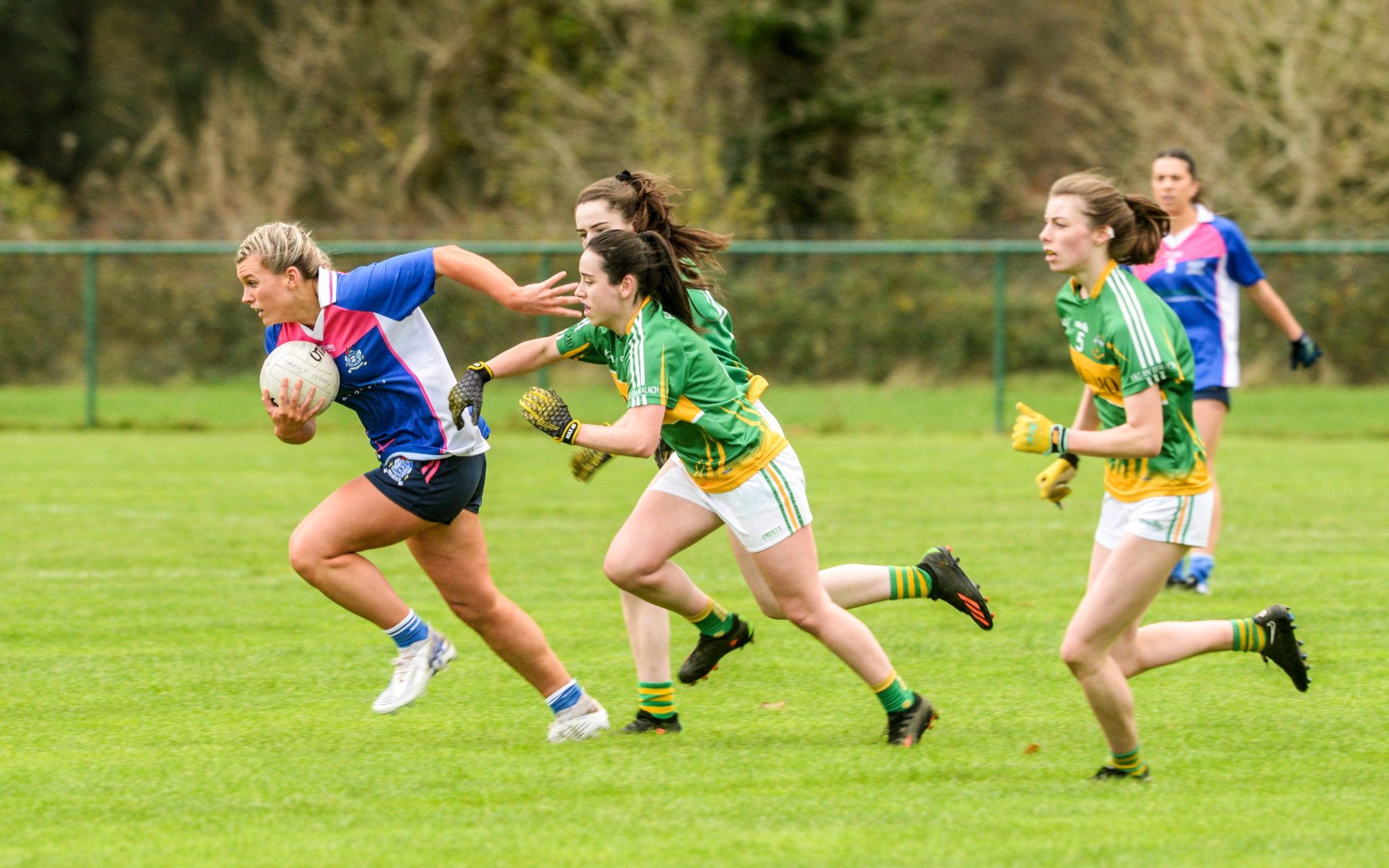 Amy McDonagh increased their lead at the start of the second-half and Grace Murphy made it five point lead when she scored from a free with 33 minutes gone.

Gráinne Lucey had a goal chance for the home side but a magnificent tackle from Sheena McKenna denied her with the ball going out for a 45.

Lydia McDonagh increased their lead further as Naomh Abán assumed complete control. Further scores from Lucey and Maher made it 0-10 to 0-3 and they had one foot in the final.

But Castleblaney kept going, with Aimee Donnelly reducing the deficit. Hazel Hughes then split the posts. McQuillan scored from a free and when Orlaith Moloney scored another point there was only three between the sides, as Noamh Abán led by 0-10 to 0-7.

But the Cork outfit weren’t going to let this one slip easily and Hoare shot the insurance point for Naomh Abán. Fittingly Grace Murphy got the last score to round of an impressive display by the corner-forward as Noamh Abán march on to the All-Ireland final in two weeks’ time.