Castlehaven's Michael Hurley scored 1-8 in their league win against the Barrs.

The former Cork footballer, who is taking a break from the inter-county scene this season, racked up 1-8 as the Haven maintained their perfect start to the season with victory at home in Moneyvollahane on Sunday morning.

The home side led 0-13 to 2-2 at the break, and while the Barrs surged to within a point in the second half, Castlehaven reeled off the next four points to lead by five. When Hurley struck for his side’s only goal, it put the result beyond doubt. Another former Cork footballer, Mark Collins, chipped in with 0-3, as did Cathal Maguire.

In the same Group A, Béal Átha’n beat St Michael’s 4-9 to 1-15 with goals from Leonard Ó Conchúir, Ben and Donagh Shorten and Conchúr Ó Loingsigh. Newcestown goals were also key as they defeated Mallow by 3-9 to 0-13, with Eddie Kenneally stealing the show with a 2-5 haul, while Jack Meade also rattled the back of the net. Ex-Cork footballer Daniel Goulding is still a class act and he hit 0-7 in Éire Óg’s 1-13 to 2-10 draw with Kiskeam; Kevin Hallissey scored 1-2 for the Mid Cork men.

In Group B of the Division 1 Football League, Carbery Rangers picked up their first win, at the third attempt, when they defeated Douglas away, 2-13 to 2-12. The Rosscarbery men led by one at the break, 1-7 to 1-6, Paudie Hodnett with the goal while Darragh Hayes scored 0-3. Hayes finished with 0-9, six from frees. In the second half, veteran Rangers forward John Hayes was sprung from the bench and he goaled with his first touch to push his team 1-10 to 0-10 in front. That lead had swelled to five points by the 58th minute, 2-13 to 0-11, before a Douglas rally that came up just short. Jack O’Regan (0-2), Ciarán Santry (0-1) and Brian Shanahan (0-1) were also on target for Rangers who take on Nemo Rangers in their next league game on April 17th. 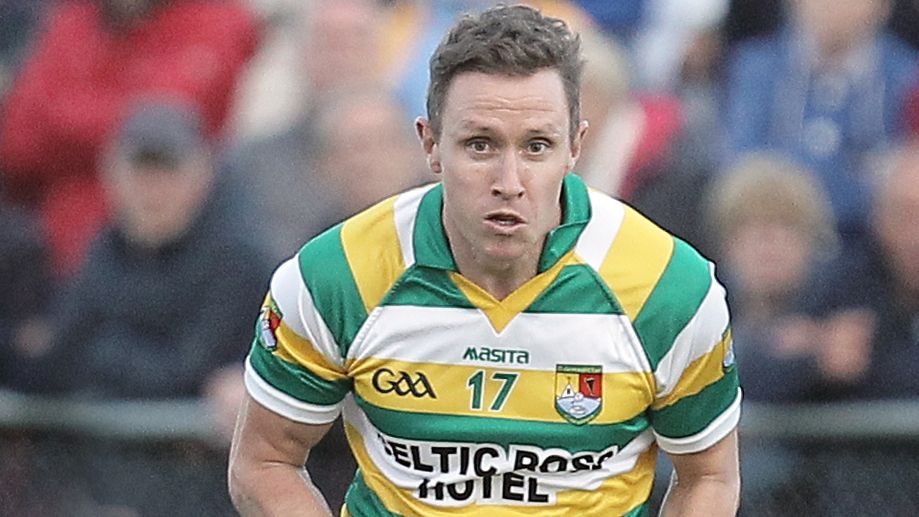 Carbery Rangers' John Hayes scored a goal off the bench against Douglas.

In the same group Ilen Rovers also picked up their first win of the campaign when they defeated 2021 county finalists Clonakilty 0-15 to 0-10, with Dan Mac Eoin scoring 0-5 for the winners. Clon are now at the foot of the table, having lost all three league games so far – and their next game is home against Clyda Rovers on April 17th. O’Donovan Rossa lost, 2-11 to 0-15, against Carrigaline, and the Skibb team will play Valley Rovers in their next league game on April 13th. Meanwhile, goals from Damien Ó hUrdail and Eoin Ó Conaill helped Cill na Martra beat Clyda Rovers by 2-7 to 0-8, and Luke Connolly hit 1-6 as Nemo beat Valley Rovers by 1-13 to 1-9.

Looking through the other football leagues, there were mixed results for Bandon and Dohenys in Division 2 Group A – Bandon beat Rockchapel by 1-10 to 1-9 while Dohenys lost to Nemo Rangers, 1-12 to 0-4. In Division 2 FL Group B Na Piarsaigh defeated Castletownbere by 1-12 to 1-10, but there was better news for Beara in Division 3 FL Group A as Adrigole defeated Iveleary by 1-15 to 1-10 to make it two wins from two games. Gabriel Rangers lost to Kinsale, 1-10 to 0-14, in the same league.