Years of frustration for Beara teams were dispelled in wet and wintry Dunmanway recently when their minor footballers staged a late dramatic recovery to snatch the county title from a fancied Ballincollig, who had one hand on the trophy as the game went into injury time.

Having played second fiddle for most of the second half, Beara trailed by a point in injury time – but they staged a remarkable resurrection to land the winning scores. First, sub Callum McElhinney levelled from a free in the 62nd minute. Three minutes later, captain fantastic Fintan Fenner landed the match-winning free.

‘We’ve been on the other side of finishes like that before and this is unbelievable today,’ said an absolutely delighted Beara mentor, former Cork footballer, Ciarán O’Sullivan.

‘This is an amazing bunch of lads, everything that was asked of them all along, they did everything. They were just unbelievable. We had so many goal chances there today and we didn’t take them, another team would have died. These lads have huge character. When Ballincollig went that point up, we could have died but to come back to win, it was incredible.’

Following a heavy wintry downpour, the game began with Beara looking the stronger side with the wind. They got a huge boost when lively corner forward Ben O’Sullivan was fouled in the square in the second minute. Fintan Fenner converted the penalty. Back came Ballincollig with points from David Fahy and Darragh O’Mahony before Lee Kelly and 16-year old Ben O’Sullivan, Beara’s top forward in the first half, restored the three-point lead by the water break, 1-2 to 0-2.

O’Sullivan and Ballincollig’s Peter Kelly swapped points twice in the second quarter before Tadhg O’Connell cut the lead to two. It was again Beara who finished the quarter on top with points from Sean O’Shea, Tom O’Connor and O’Sullivan, as Fenner waged a great battle with Liam O’Connell at midfield.  It was 1-7 to 0-5 at half time, a good lead in the conditions as the wind began to wane slightly. Seán O’Shea was starring at centre back for Beara, with Alan O’Sullivan giving great support to Fenner at midfield.

Ballincollig grabbed control from the restart, with Liam O’Connell at midfield beginning to lord affairs. They struck for two early points from O’Mahony and impressive wing back Tadhg O’Connell. Beara regrouped as Fenner and Ger O’Shea swapped points with O’Mahony (free) and Tom O’Connor.

The Beara lads were battling hard in defence to maintain their three-point lead but were struck a cruel blow when Dylan Horgan sent a ball across the goalmouth from the right corner in the 45th minute and a defender turned it into his own net. 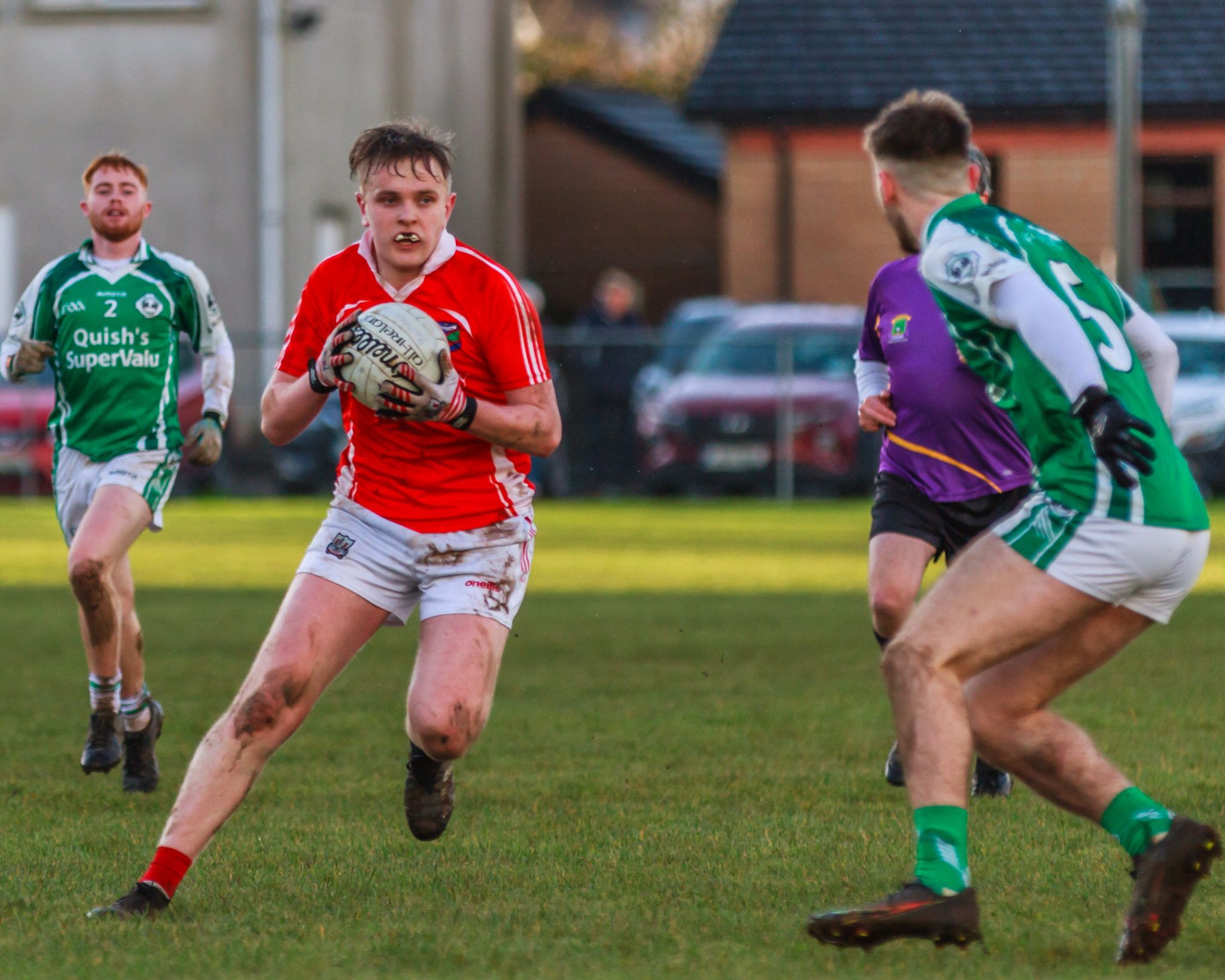 All square at the water break, 1-9 each, the momentum and the wind were with the Ballincollig side but Beara dug deep to hold them at bay. A ten-minute stalemate was broken in the 57th minute when O’Mahony pointed a free and Ballincollig had one hand on the cup. Then came Beara’s courageous comeback against all the odds, and a famous win.

‘This has put Beara football back on the map again,’ said Ciarán O’Sullivan.

‘Hopefully this will start things off now. You’re guaranteed nothing but I’m so happy for this bunch of players, for the selectors and for the Beara peninsula. We had great support here and the flags that were up coming over the road were unbelievable. We haven’t seen it in a long time in Beara. It was premier 1, as high as you get, and our job now is to bring these lads through to U21. That’s our next big challenge.’