CORK hurling manager Kieran Kingston wasn’t getting carried away even as the recent Allianz Hurling League Division 1 Group A victory over Galway at Páirc Uí Chaoimh secured semi-final qualification with a game to spare.

The home side never trailed in a game played in a strange atmosphere with a lack of intensity compared to Cork’s win over Limerick the previous week.

In real terms, the result was always going to be secondary given that Galway manager Henry Shefflin was absent following the death of his brother Paul on Friday and it was hardly surprising that the Tribesmen lacked the verve that characterised their win over the Shannonsiders three weeks previously. In total, the visitors shot 18 wides over the 70 minutes.

Even so, Cork did enough and with Wexford also through, the counties’ meeting in Chadwicks Wexford Park on Sunday week will decide first and second place in the table. Even so, Kingston isn’t thinking about their first league title since 1998. 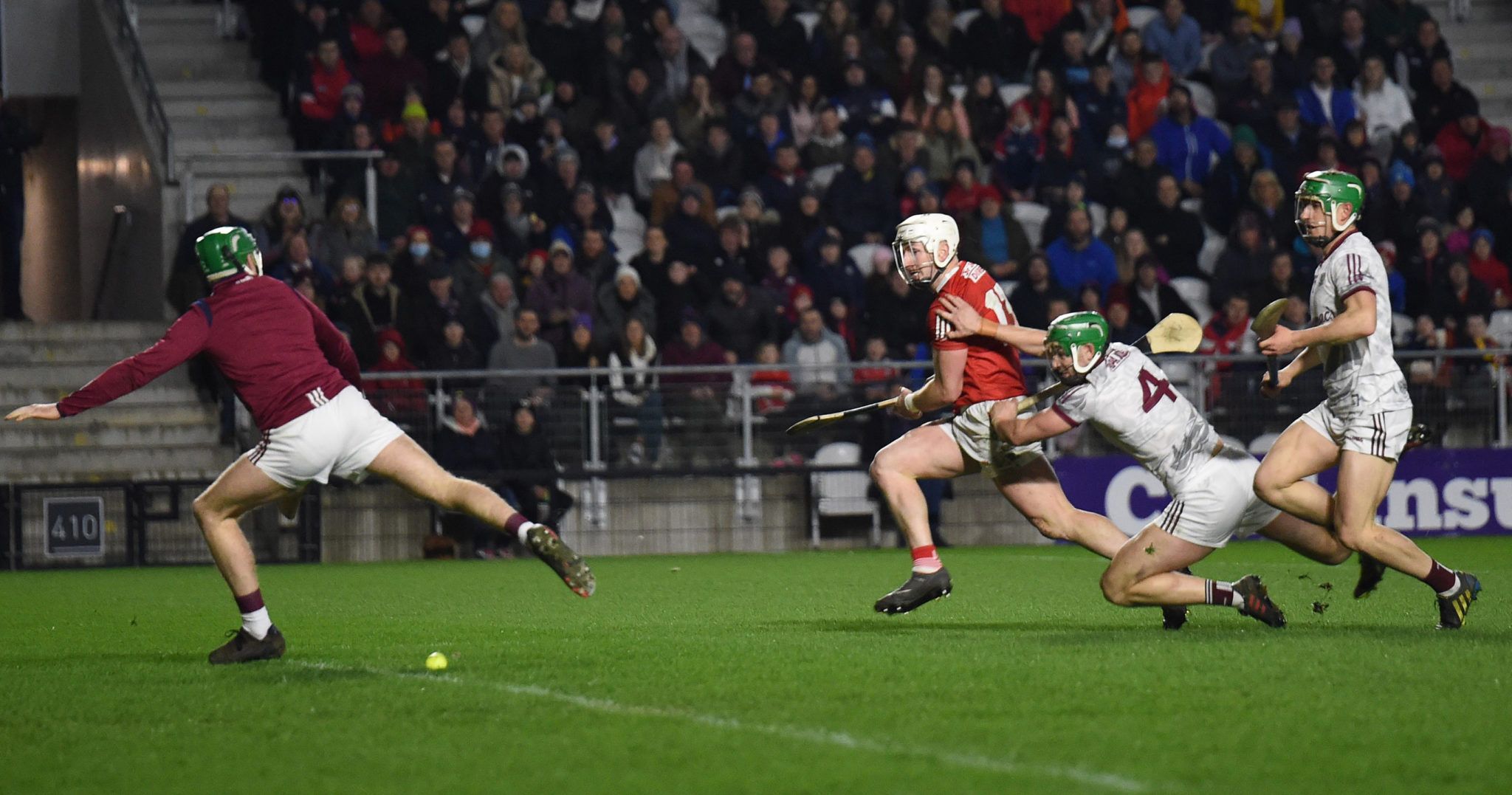 ‘We haven’t mentioned that,’ Kingston said.

‘We didn’t mention it before tonight and we haven’t mentioned it during the league. We set out our stall at the start of the league and I said after last week that we were happy with the progress we were making.

‘We’re happy with where we’re at now but all we’re thinking about is the next training session and getting ready for the game in Wexford Park.

‘We haven’t earned the right to talk about titles.’

Cork had three points on the board before Galway got off the mark through Ronan Glennon – who finished with 0-5 – in the ninth minute, though the men in white (due to the colour-clash) were back within one, 0-8 to 0-7, as Jack Hastings and Conor Cooney pointed in quick succession in the 24th minute.

The response to that was strong though as Cork’s Patrick Horgan forced a turnover as Daithí Burke lost possession and the attacker finished past Éanna Murphy, who had earlier denied Darragh Fitzgibbon a goal.

As half-time approached, Cork were 1-13 to 0-9 in front, with Seamus Harnedy, Shane Barrett and defender Daire O’Leary all in good form for the home side, though Galway finished the half with points from Conor Cooney and Gavin Lee, with Cooney on target in the nascent stages of the second half too to cut the lead to four. That would prove to be as close as they came at any stage, though.

With Horgan deadly from frees as usual, Cork were never in danger of coughing up their lead while Harnedy continued to show up well. It was 1-20 to 0-16 by the 55th minute, when Cork had a good chance for a second goal as Tim O’Mahony won a Galway puckout and fed Robbie O’Flynn, who in turn found Harnedy and he played in sub Sean Twomey but Murphy was on hand to save.

At the other end, Galway’s Johnny Coen might have tested Patrick Collins but he was pulled for over-carrying before he could get his shot in. 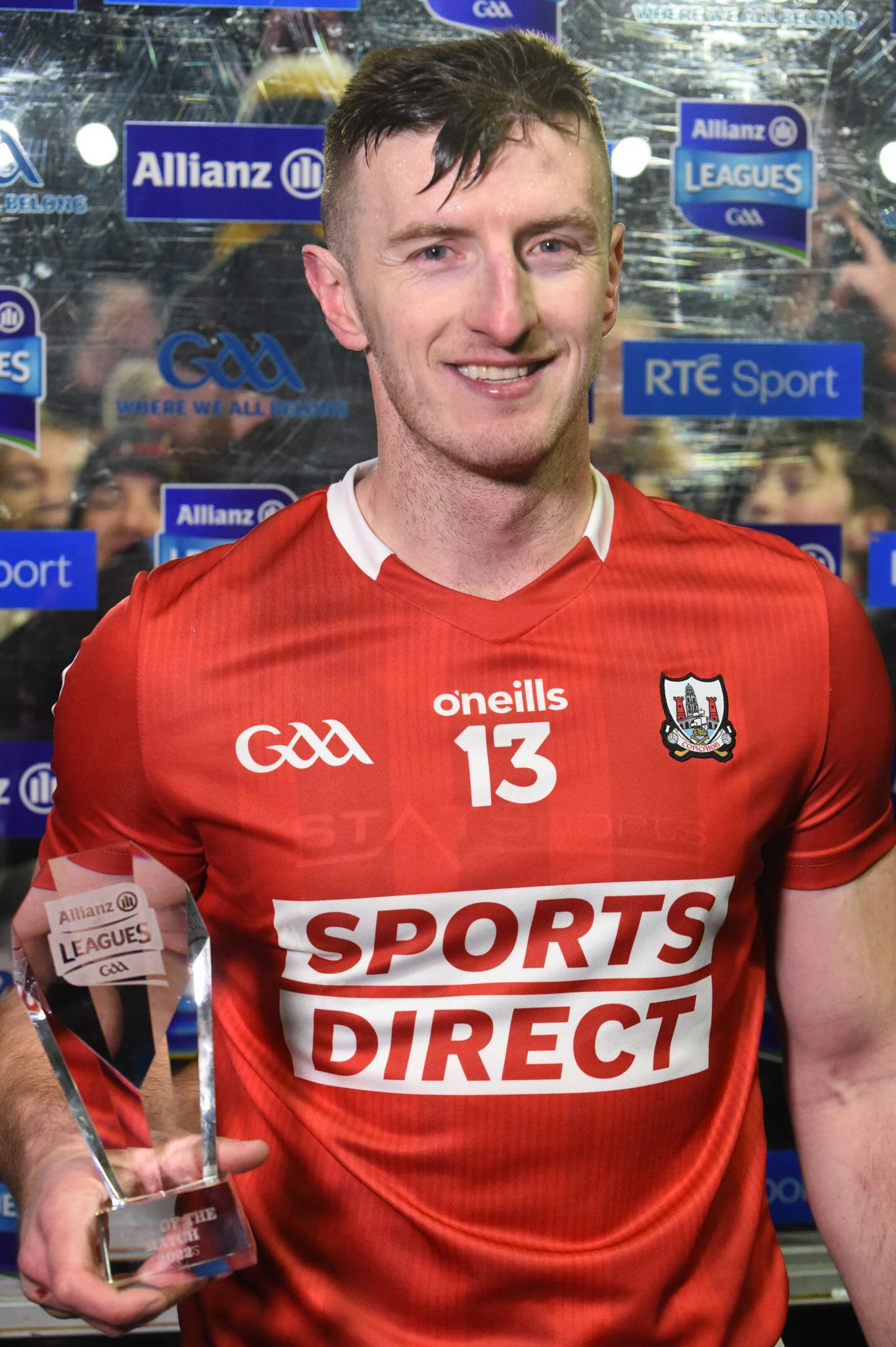 Patrick Horgan with his man-of-the-match trophy after his display against Galway.

Glennon’s fifth of the night had them within four again, 1-21 to 0-20, by the hour mark but Horgan, Darragh Fitzgibbon and O’Mahony had late points as Cork cruised to a comfortable victory.

‘It was workmanlike,’ Kingston said.

‘It was a strange occasion in many ways, given what had happened in the last 24 hours.

‘It’s important for us, on behalf of Cork hurling, to extend our sympathies and condolences to the immediate and extended Shefflin family on what is a terrible situation.

‘Hurling and all that goes with it is way down the list when it comes to things like that. It’s so far away that it’s not even in the same stratosphere.

‘It was flat at times but, in saying that, we know that Galway are a really top side. They’re considered by many as a threat to the All-Ireland champions or maybe the number-one threat.

‘We also know that our record against them over the last decade isn’t good, so no matter what Galway team was coming down tonight, they were going to be very competitive.

‘We needed to be ready for that, albeit that we did not hit the heights of the previous week.

‘I thought that in the first ten or 12 minutes, we really controlled the game but it didn’t reflect on the scoreboard. It was pleasing in the second half too that we went for goal a few times when points were on.

‘It didn’t work out – the last pass didn’t stick – but that was encouraging.’