COMPETING in the recent Mayo Rally, his first event in almost four years, Clonakilty’s Kevin Kelleher reckons that the pace in Irish rallying has gone up several gears.

Kelleher didn’t get off to the best of starts with the S14 developing transmission woes and losing sixth gear on the first of the day’s eight stages. At the first service halt in Claremorris, they occupied 14th place.

Preparation expert Kenny McKinstry told The Southern Star: ‘The car lost shift pressure so we are changing the gearbox as a precaution.’

Using the rally as preparation for next week’s Clonakilty Park Hotel West Cork Rally, Kelleher was somewhat taken aback at the pace.

‘It’s (pace) gone up a long way. I am very surprised at how competitive all the front cars are,’ he said.

‘Taking the second tier as it were (leaving Josh Moffett and Robert Barrable out of the equation) you could throw a blanket over ten or 12 lads there for eight or ten seconds on any stage. The level of competition and the consistency of times is frightening. It took me by surprise, big time. I actually didn’t think the pace was that hard.’ 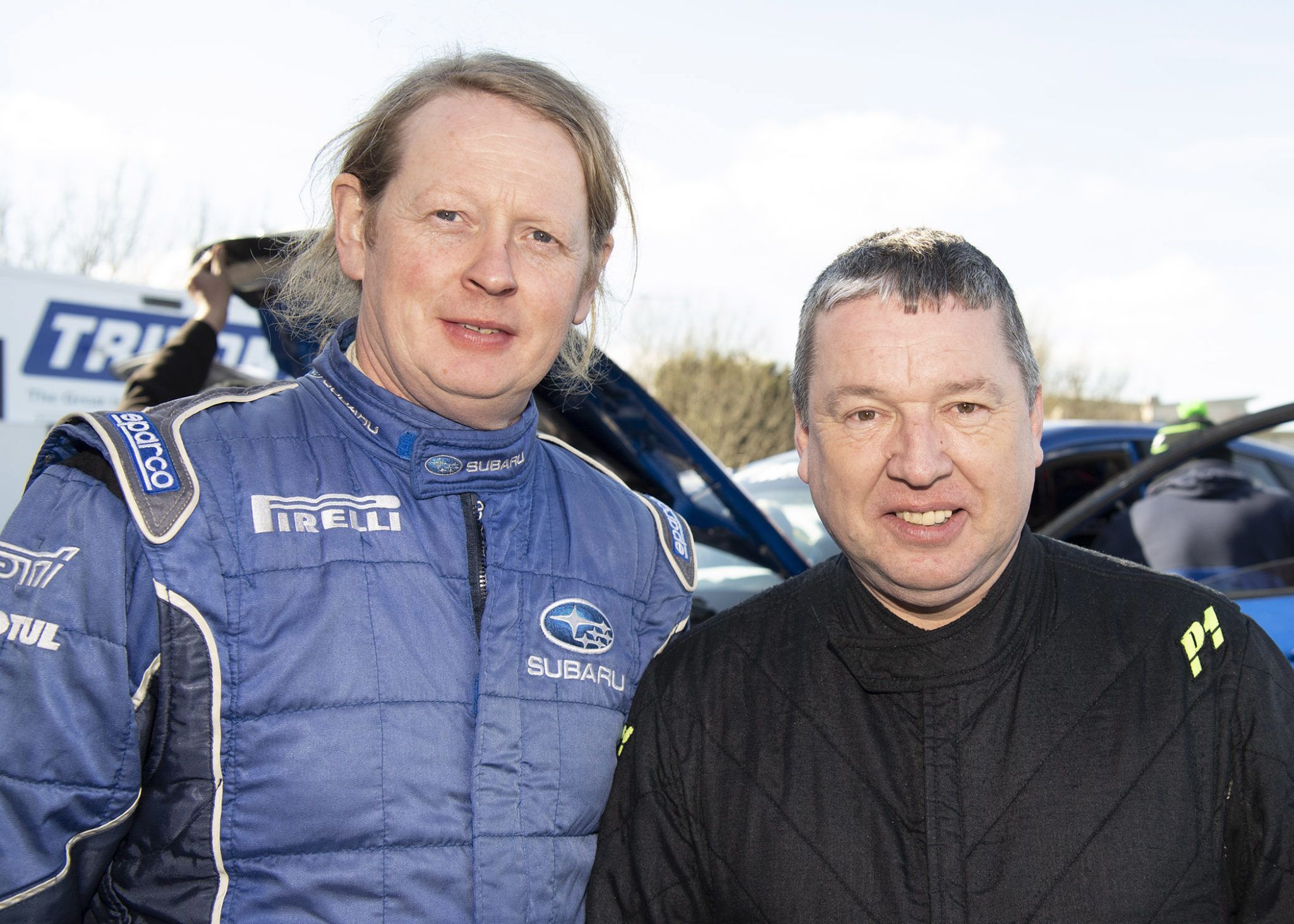 The first ten cars off the start line of the opening stage in Mayo were all R5 cars – representing Hyundai, Ford Fiesta, VW Polo and Citroen – and all reflecting a major shift in Irish national championship rallying.

The WRC versus R5 cars is a well-debated topic within the Irish rallying landscape, and Kelleher wasn’t found wanting for his view.

‘The way I see it, there is now no comparison between the World Car and the R5s,’ he said.

‘It (the R5) has made up ground with technology. Where the World car scored before it had extra torque, the R5 is around 180 kilos lighter, it can brake better and has better suspension. The World Car has technology that is 16 years old, that is just too old. The first of the R5 cars is around 12 years old and the current ones are so much more advanced.’

Kelleher has strong views on the right-hand drive issue. Currently, only left-hand drive cars (homologated) are allowed to win events within the Irish Tarmac Championship.

‘I would have jumped into an R5 car years ago if they gave me a right-hand drive car,’ he said.

‘Irish motorsport, unfortunately, is so slow and it drags its heels in terms of changing its rules. The British Rally Championship allows it (right-hand drive variants of R5 to win events). I don’t understand it in this day and age, even based (100 percent) on safety grounds, why they put people that drive right-hand drive cars daily, do their driving tests in a right-hand drive car and then allow them to race a left-hand drive car. We are a right-hand drive country, whether we like it or not. They allow it (RHD) in Australia and in the UK but not here.’

He added: ‘To feel comfortable and travel that speed and ask someone to sit on the wrong side of the car, it’s not right.’

When asked if he will campaign the right-hand drive Subaru in next week’s West Cork Rally, Kelleher said: ‘That’s the plan. Realistically, we went to Mayo for a shakedown to learn the tyres. Looking at our times, we need to be in the second tier of R5 cars and we need to find one second a kilometre. It’s been four years since I completed properly, but I think it’s achievable to get there (second tier).’

Reflecting on his Mayo adventure he commented: ‘The stages in Mayo didn’t suit the car. It was main road, chicane, main road, chicane, turn into a narrow road for a while to reduce the average speed then back onto main road chicane stuff again. There were six four-bale chicanes on the first stage. If you are picking roads with that element, then the roads are too fast.’

Meanwhile, Cill na Martra co-driver JJ Cremin and his Limerick driver Keith Lyons (Ford Fiesta R5) had a disappointing outing at the event. They were 12th after the opening stage but were caught out by a square left on the second stage when the car broke away and went sideways into a high bank. The impact damaged part of the steering mechanism. They rejoined under Rally2 for the final four stages and climbed 22 places to finish 97th overall.

The event was won by Monaghan’s Josh Moffett (Hyundai i20 R5), who led all through and finished 27.9 seconds in front of the VW Polo GTi R5 of Dubliner Robert Barrable. Monaghan’s Stephen Wright (Ford Fiesta R5) was 32.3 seconds further behind in third. The top three remained unchanged throughout the day.