THESE are busy times for Jack Walsh.

As well as holding down a job as a quantity surveyor with MMC in Cork, he is in the process of opening Sideline Hut, a coffee truck in his native Innishannon, with his friend Kevin Canty. Oh and he has just signed for Cork City.

After impressing with Innishvilla, Walsh joined Avondale United in 2018 and helped the club to win the FAI Intermediate Cup in his first season. Now, he has been recruited by City manager Colin Healy as the Rebel Army seek an immediate return to the SSE Airtricity League Premier Division. It makes for busy days, but he’s enjoying it.

‘I’m juggling it at the moment,’ he says.

‘The days that I’m training, I’m in there from about 9.30am until one or two o’clock, so I go into work for a couple of hours in the morning, I go off training and then I come back and work up my hours until seven or eight.

‘It’s a long day but at the same time it’s not too bad – if I was playing with Avondale or playing GAA, you’d work a full day and go home for a few hours and then you’ve a couple of hours training again.

‘This was the first chance I had (to play professionally). I had had a few injuries over the years, so when I was playing with Innishvilla I was only making it through matches and not really training a lot.

‘It was an easy enough decision – it was an opportunity I couldn’t pass up, I’d only have been regretting it if I didn’t give it a go.’ 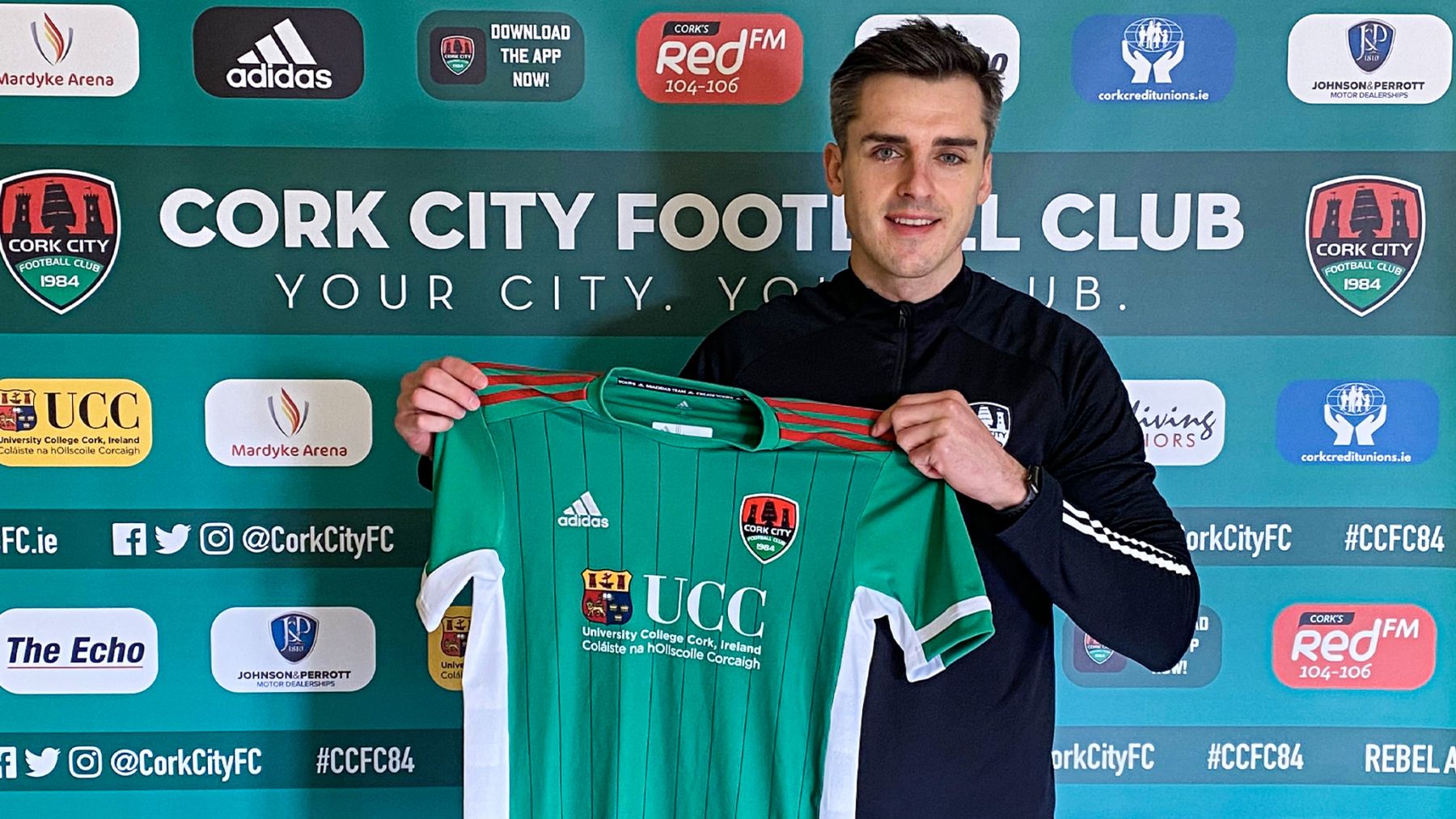 Innishvilla reached the last 16 of the FAI Junior Cup in 2017-18, his final season there, but making the leap from Cork AUL football to the Munster Senior League was a challenge. Now, a similar one awaits but Walsh is looking forward to the task.

‘There was definitely a step up,’ he says.

‘At Innishvilla, there might only be ten or 12 at training due to other commitments but at Avondale it was 20 hungry fellas every session.

‘There was a lot of competition for places as it’s a serious level. There was a big step up but I adjusted alright.

‘I would think this is a similar step up now. You notice a difference already in that it’s a lot quicker and I’m still trying to get up to the pace of it.’

Walsh turned 30 recently so he will be an old debutant by League of Ireland standards. However, after overcoming so many injuries, he’s treating every opportunity with the hunger of a teenager.

‘My knee still isn’t 100 percent and there’s still a bit of management in it,’ he says.

‘I was told a couple of times to give up – I was initially told after one injury that I’d never play again and I came back from that and had two more knee surgeries, one in 2018 and one in 2019.

‘The surgeon was saying I should be thinking about packing it in again but I gave it another go. I count myself lucky that I’ve been able to play, so every game, every training session, I want to make the most of it and enjoy it.’

If there is one drawback to his latest sporting venture, it’s that he can’t play hurling and football for his beloved Valley Rovers.

‘The GAA is on hold now, unfortunately,’ Walsh says.

‘It was the toughest part of the decision. There was a new hurling management this year and a sense of a fresh start so I was looking forward to that.

‘We did very well in the football last year, we felt we were unlucky to lose to Duhallow in the quarter-finals and thought we should have gone further so there were high expectations in the club.

‘That was disappointing in that the timing won’t allow it. You’d never know, if it’s pushed back I might be able to play in a county final or something!’

City boss Colin Healy is also delighted to get Walsh on board, and commented: ‘Jack has been in training with us for a few weeks and he has done very well. He has good experience; he has trained very well and he did well in the friendly against St. Pat’s recently.  It is a great opportunity for him and I know it is one he is keen to take.’