Skibbereen outhalf Michelle O'Driscoll in action against UL Bohemians at the Clubhouse pitch in Skibbereen.

MICHELLE O’Driscoll classes herself as a late starter to rugby, but she is certainly making up for lost time.

It was during her four years in the University of Limerick (2017 to 2021) that the Leap woman (24) first picked up a rugby ball, ran with it, and turned heads with her ability.

‘I always liked the game itself and I like the aggression in it,’ she explained, but growing up there was no women’s rugby club in Skibbereen.

‘The closest teams were Bantry and Clonakilty, but it wasn't feasible for my parents to bring me to training and games.’

Instead, O’Driscoll played soccer with Drinagh Rangers and football with Rosscarbery, giving up the latter when she was 18 years old and in her Leaving Cert year.

‘It’s one of my biggest regrets,’ she admitted.

‘With the Leaving Cert and the study and work that goes with it, I gave up sport, which I shouldn't have done because that was the end of football for me.’ 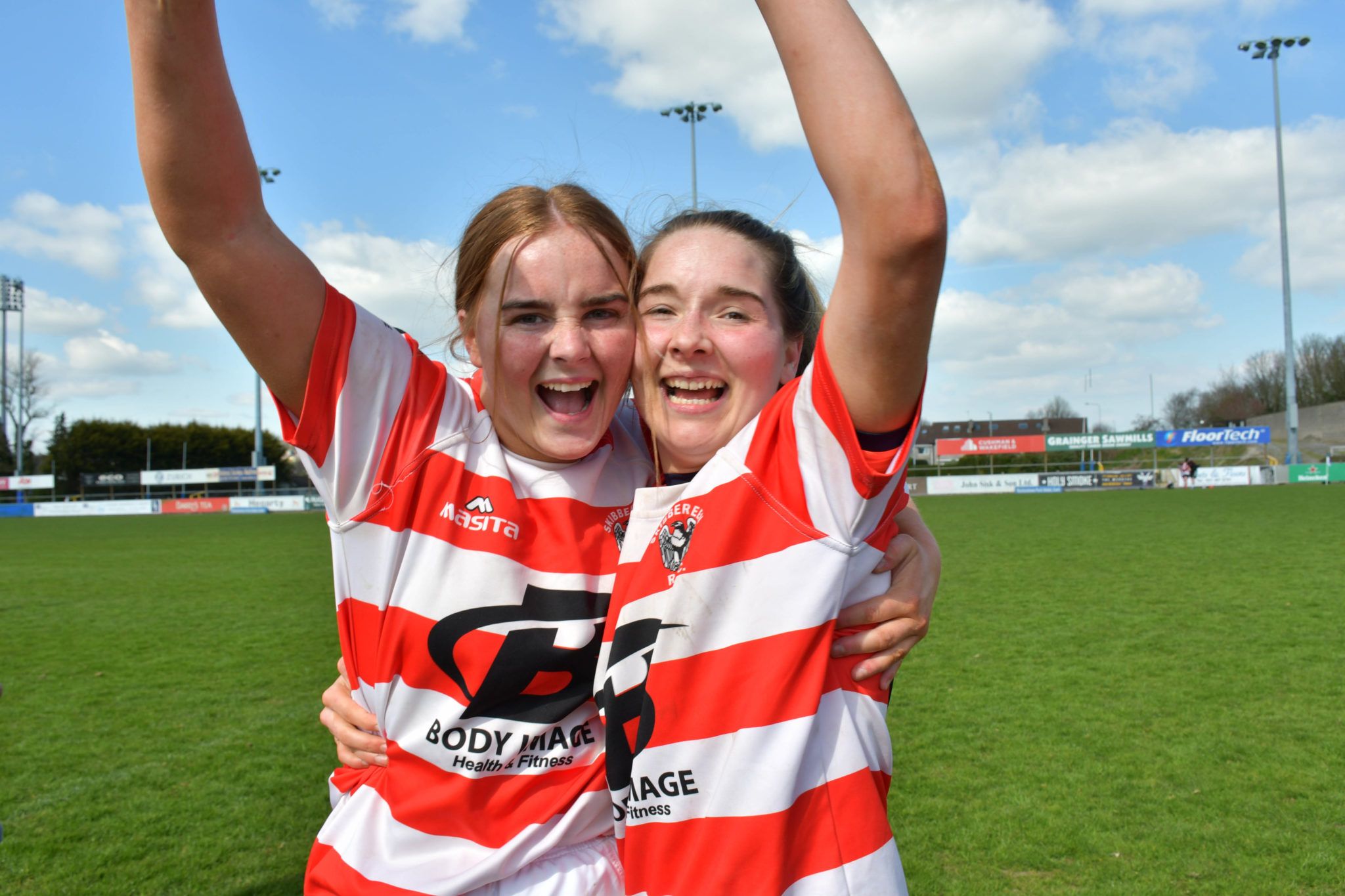 Her love for sport was rekindled in UL, where she studied pharmaceutical sciences, as she ventured down a new path.

‘It was a no-brainer to get involved with rugby in UL,’ she said. ‘My housemates were involved in tag rugby in college, they were short girls and pulled me along, and that’s how it all started.’

O’Driscoll made an instant impression with the UL Wolves, and soon found herself called up to Irish tag rugby teams, as her UL coach was also the Irish mixed open coach. She caught the eye at trials, and has played for both the Irish women’s team and mixed open team.

Her rugby head coach in third year at UL was Sana Govender, who is the coach of the Skibbereen Rugby Club ladies’ adult team that was now up and running – and that joined the dots from Leap to Skibbereen.

‘Once he heard I was from Leap, he signed me up for Skibb!’ O’Driscoll laughed, and it was a move that made sense.

Women’s rugby in Skibb has exploded in recent years. The trailblazing U15 girls’ team was set up in 2017, and the women’s side of the club has grown since then. Skibb’s first-ever adult women’s team played their first game in 2020, and they haven’t looked back. In the 2021/22 season, they won an incredible three trophies – the Munster Division 2 League title, Munster Division 2 Cup final and the Munster Divisional Cup crown. They were the talk of Skibb town. O’Driscoll played a starring role – and was subsequently named the club’s Women’s Player of the Year.

‘It was a dream come true, in so many ways, because we have come so far in such a short space of time,’ O’Driscoll said.

‘Being able to share all of that with some of my best friends, and seeing where we started in September 2021 when numbers were low at training and the mood was down, but for it all to come together and flourish at the end, to win three trophies, is something I’ll never forget.

‘The club had never seen this before, in men’s or women’s rugby. For this to be an attractive thing for the whole of the town to see, and for young girls to see that this is achievable in their own hometown, they are important messages to get out there.

‘Clubs can struggle for numbers, but in Skibb we can get 23 to 28 players available for a match, and that’s amazing to see.’ 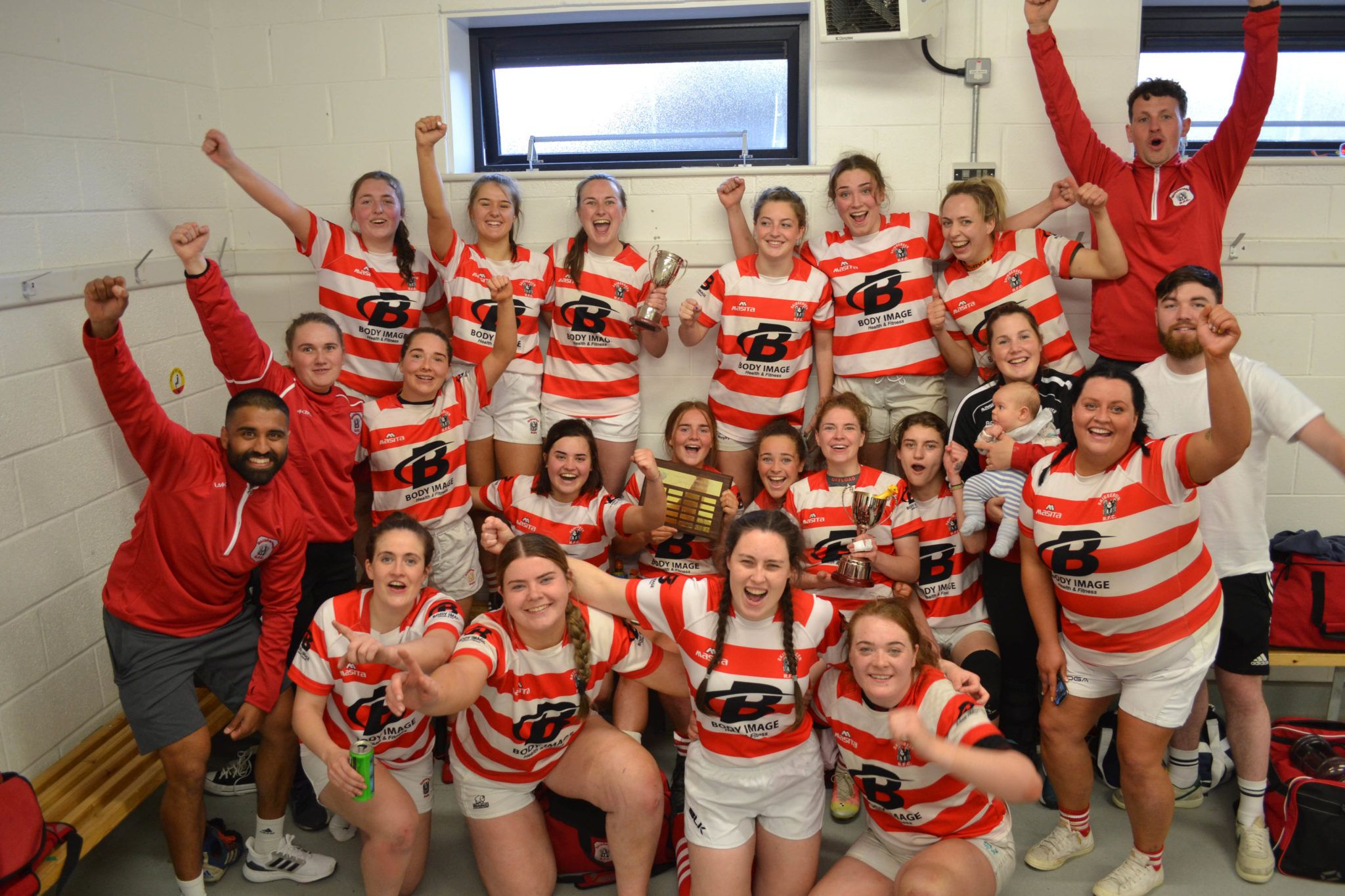 Skibbereen RFC Women's team celebrate their terrific treble in the 2021/22 season that put the club on the map.

There are no shortage of highlights from their treble-winning season, but the moment that stands out in O’Driscoll’s mind came late in the Munster Divisional Cup final triumph against Division 1 outfit Tipperary in early April. This came the week after Skibbereen captured the Munster Junior League Division 2 crown – the first-ever adult women’s trophy in the club's history – and while they won the second leg of a treble, the West Cork team were pushed all the way in a 27-22 win. That was a day O’Driscoll and Co had to dig deep.

‘If I ever have to defend the line in Cork Con again, it will be too soon. It was the dying minutes of the game and holding up that try at the end, it was probably one of my best moments for Skibb as a player,’ she said.

Off the back of their success last season, Skibbereen are operating at a higher level in the current campaign, and they’re finding their feet, as well as competing in the Munster Open Cup final. O’Driscoll ran in three tries in their semi-final win against Thurles.

As well as building on their success of last season, Skibb wants to build a solid and lasting platform for women’s rugby in the club.

‘We want to leave the team in a place where it keeps flourishing and not a place where it will just fizzle out once the older players move on or retire. We want to have it in such a place where it is solid and that there is a platform for players so that they have the ability to play AIL or play for Munster,’ said O’Driscoll, who also plays with Ballincollig in the Energia All-Ireland League Women’s Division.

‘You’re allowed dual status if your home club is a junior club, which Skibbereen is, and it has no AIL status. I am able to sign for a club playing in a higher league, like Ballincollig in the AIL. But if my home club was Ballincollig and I wanted to play down, that wouldn't be allowed,’ she explained.

It’s a move that makes sense on many levels. O’Driscoll is currently in the second year of a four-year medicinal organic chemistry PHD in UCC and is based in Cork city. Busy from Monday to Friday with nine-to-five days in the lab, she doesn’t have the time to travel up and down to Skibb for training. The opportunity to link up with Ballincollig was too good to turn down, and she is now testing herself at AIL level. It’s also a welcome distraction from long days in the lab.

‘Playing in the All-Ireland League is a big step up, and the standard is so high through the squad because they have bigger numbers. There are good wingers to replace me,’ she explained, but O’Driscoll’s exposure to AIL standards will help Skibb when she lines out for her home club, and it also shows her Skibb team-mates that there’s a path to the AIL.

‘I’m not sure that I’m bringing something extra,’ she said, modestly, ‘because the Skibb girls have the ability to play AIL too. In Ballincollig we have video analysis and the gym as well so I can see myself coming on, when I watch the things back to see what I can correct, like tackle technique. With the gym it’s about getting stronger in general.’

Much like how she plays, O’Driscoll is looking forward on and off the pitch. The hope is to keep winning, with both Skibbereen and Ballincollig, and perhaps the Munster women’s squad will come calling.