THEY’VE been in top form during the indoor season and now two of West Cork’s elite athletes, Phil Healy and Darragh McElhinney, want to hit new heights at this week’s World Indoor Championships in Belgrade, Serbia.

Both Healy and McElhinney were selected on the official Athletics Ireland team for the World Indoors, which run from Friday through to Sunday.

The West Cork duo head into these championships in top form. Healy has broken 52 seconds five times already in this indoor season and raced to a new 400m indoor PB of 51.66 at a recent World Athletics Indoor Tour event in Madrid. It was the second time this year she set a new 400m PB, underlining her blistering pace. The Ballineen Bullet is now just 0.08 of a second outside of the Irish 400m record of 51.58 seconds set by Karen Shinkins in 2002.

Bandon AC star Healy also won her 15th senior national title, again in the women’s 400m, at the Irish indoors at the end of last month, so the Tokyo Olympian has rubber-stamped her dominance of this event.

The heats and semi-final of the women’s 400m take place this Friday with the final on Saturday night. The women’s 4x400m relay takes place on Sunday, with the heats on Sunday morning and the final later that night.

As quick as Healy has been, McElhinney’s form in 2022 has been just as impressive. He ran a new indoor 3000m PB (7:45.91) in France last month, which was also an Irish U23 3000m record. He backed that up by winning his first-ever senior national indoor title, again in the men’s 3000m, at the recent Irish indoor championships. As he ramped up his preparations for this week, the UCD student set a new Irish U23 record (3:39.63) in the men’s 1500m at a World Indoor Tour event in Belgrade last week. 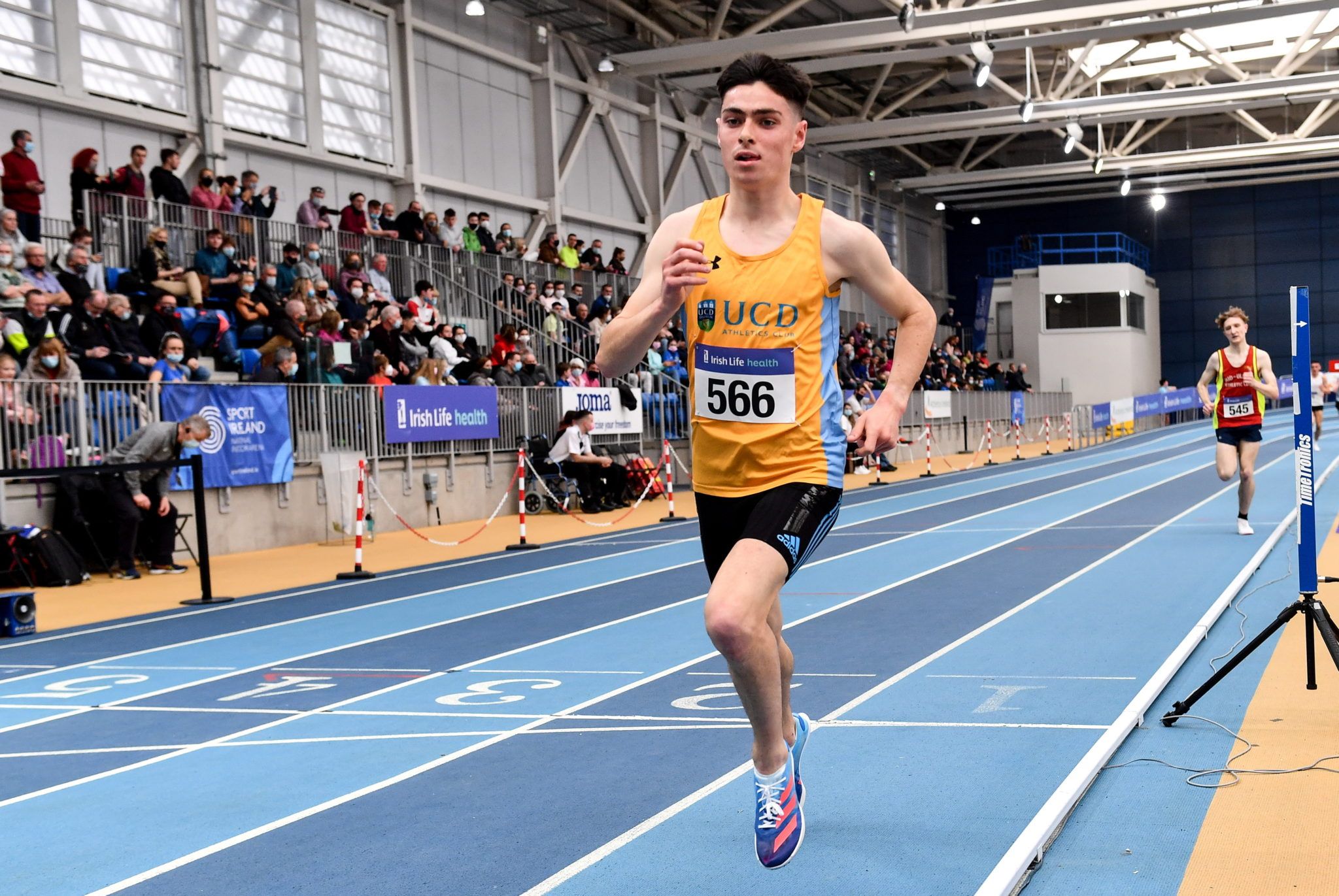 McElhinney will be in action in the men’s 3000m heats this Friday morning in Belgrade and his target is to qualify for the world final, though he admits it will be challenging to make it through to the final in his first senior world indoors.

‘My aim is to make the final. It’s likely that there will be three heats and then a 12-man final. Let’s call a spade a spade, it is a big ask to make the final because I wouldn’t be in the top 12 on rankings – but that is definitely my goal,’ the West Cork man says.

‘To get to a global senior final would be a massive step up and that is the aim. Potentially, I could run quite well on Friday morning and still not make the final so I’ll go out there, do my best and hopefully that will be enough to see me make the final.’