A smiling Fintan McCarthy who won two national titles at the championships.

SKIBBEREEN won four national titles at the Irish Rowing Championships at Farran Wood last weekend. Their tally at the top of the Irish rankings now stands at 190.

Fintan McCarthy led the charge at the National Rowing Centre by winning the lightweight men’s single and the senior single sculls – both firsts for him.

After the second title – in which he beat Paul O’Donovan, representing UCC, McCarthy acknowledged the importance of winning another trophy for the club. He is an Olympic champion and a world champion, but Skibbereen has a hold on his heart.

‘It’s always nice to come back to the club; for the junior lads to see you put in a performance and for them to try to emulate that. It brings everyone up. It can only be good.

‘To have such quick competition as Paul – we are so lucky to have him, to push off him and have him as a marker of how quick you need to be to be at that top level.’

O’Donovan rarely loses, and he had a good line to ‘explain’ his defeat. He said he wanted to thank the committee which re-fixed the race for 9.15 in the morning.

‘For inclusion purposes it was well worthwhile – gave everyone a chance.’

The programme on Sunday was brought forward in the day because there was a forecast of winds which might have made racing difficult. In the event, rowing was not adversely affected.

The championships were held in high temperatures, but neither the heat nor the cross-headwind which blew on the course seemed to adversely affect the competitors in what was a very successful event.

‘Fintan is very fit, he’s training well at the minute. He pulled out a big margin at the start. He opened it up all the way down. There wasn’t a whole lot I could do.’

The lack of rowing work because of his stint in Australia was a factor.

‘I haven’t done a huge amount of training. I’m not miles away from being very good. I could be better in a few weeks’ time, like. But certainly, for the time being, Fintan’s quicker.’

McCarthy said he had been conscious of the headwind conditions and he fashioned a good lead and then tried to keep a good rhythm.

‘It got a bit hard at the end; I got sick after the race. But you don’t mind that when it’s over.’

McCarthy acknowledged that O’Donovan might not be fully fit.

‘I tried to capitalise as much as I could. It worked out this time.’

Michael Hourihane on the Saturday and the junior men’s double on the Sunday gave Skibbereen their other two pots. Hourihane won the men’s club single sculls. The 27-year-old farmer from Roscarberry came into flatwater rowing from the Coastal version very recently, but from starting with the club late last year, he has made remarkable progress. 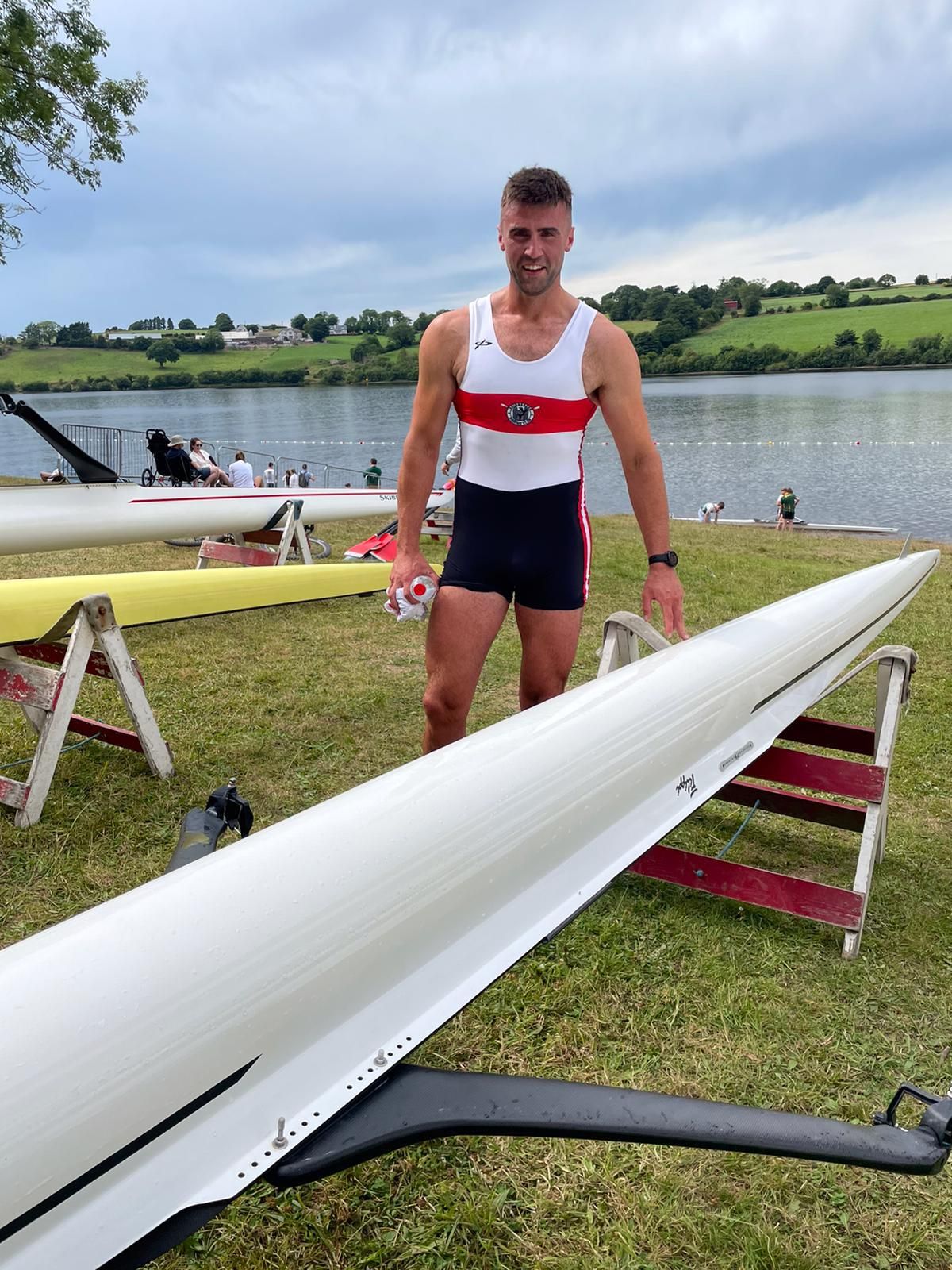 Michael Hourihane, winner of the men’s club single sculls, only got into flatwater rowing in 2021.

He rowed in coastal boats for years as a teenager. He had an ambition to move to the river version, which he saw as the “ultimate” test, but only took up the chance in 2021.

He won his first national title at the championships with a convincing performance. He did not have a good start, but once he took control he looked far and away the best competitor.

The big man, warming down the exercise bike at the Skibbereen tent, said he was very thankful to his father, John, and sister Anna, whose work on the family farm gave him the flexibility to pursue this dream.

The club has strong hopes for Hourihane, who has set an excellent time of six minutes and five seconds on the ergometer (rowing machine).

While 27 might seem late to start into such a hard discipline, single scullers – a little like heavyweight boxers – often reach their prime quite late in sporting terms.

The Skibbereen haul of ‘pots’ at the championship was brought to four on Sunday with a good win for Christopher O’Donovan and Cathal O’Donovan in the junior double sculls. The duo took a lead early and were well ahead by halfway. They went on to win with plenty to spare. 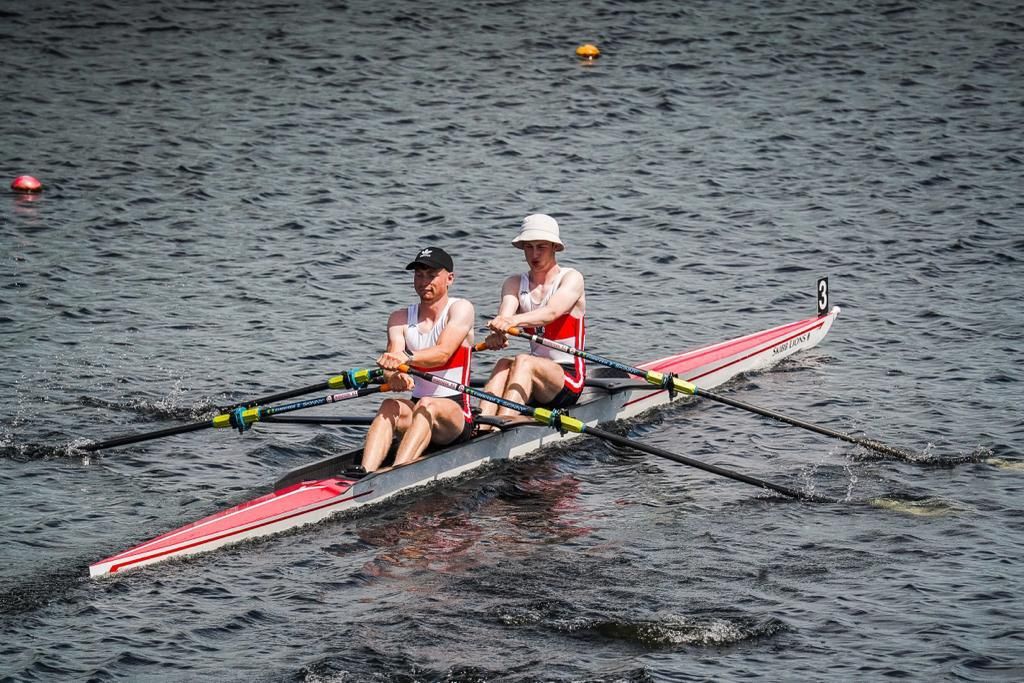 Despite the name the two are not brothers, like their famous precursors. Christopher O’Donovan is from Dunmanway and Cathal from Drimoleague.

The Casey family were heavily involved at the weekend. Dominic Casey junior competed for Skibbereen, while Aoife Casey, now representing UCC, won the senior double with Mags Cremen, and Casey was second to Cremen in the women’s single sculls.

Next up for the international athletes is the European Championships next month.

For Skibbereen Rowing Club and head coach Denise Walsh there are encouraging signs: along with four wins there were a good number of second- and third-placings.

And overall the picture looks good – the 190 titles keeps them on top of the rankings and clear of the rest of Irish rowing clubs.