Clonakilty's Dara Ó Sé scores a point against St Michael's during the game at Clonakilty on Monday. (Photos: Paddy Feen)

A LAST-GASP point in the 66th minute by Sean O’Donoghue saw Clonakilty grab a win in their Cork Credit Unions Football League Division 1B opener against St Michael’s at Ahamilla on Monday.

For 45 minutes Clon, without their inter-county contingent, had looked likely winners of this lively encounter but a saved penalty and a great last quarter by the city team had the teams level with seven minutes remaining.

It looked odds-on a St Michael’s win at that stage but Clon, under new manager Mike ‘Haulie’ O’Neill, dug deep in the closing minutes to pull off a welcome victory.

Both sides looked rusty, especially in the opening quarter of this game, when only three points were registered, Clon leading by 0-2 to 0-1 with the breeze.

‘We’ve only been back training a month so we knew we would be match-rusty,’ explained Clon mentor Eoin Ryan.

‘We took a while to settle but we played some great football after the water break and kicked some fine scores. We are lucky to have a top finisher in Dara Ó Sé and he was on song today.’

Clon did have reason to be grateful to Kerryman Ó Sé as he kicked Clon’s two points in the opening quarter, and then landed four more in the second quarter as Clon led 0-8 to 0-2 at the interval. The lively Sean O’Donoghue and Gearóid Barry kicked the other points. 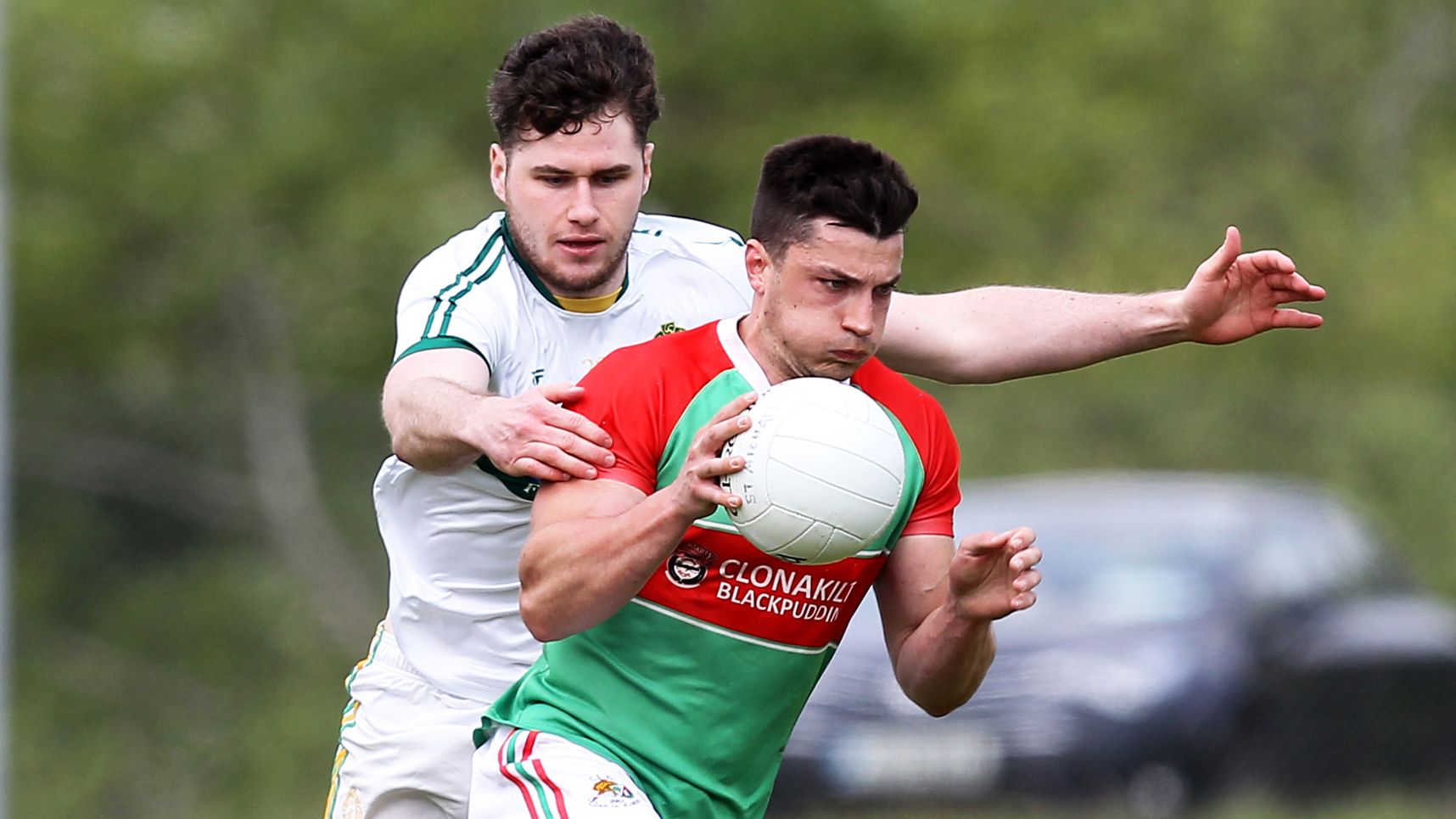 For St Michael’s, Eoghan Buckley at corner forward was the main man but was black-carded in the second quarter. Their points came from Eric Hegarty and Adam Hennessy.

St Michael’s made four changes at the break and, as expected with the strong breeze, thundered into the game in the third quarter. Four points from the flying Buckley cut the deficit but Ó Sé kicked two for Clon in response. It was the home side in front 0-10 to 0-6 by the second water break.

Clon had a great chance to seal the outcome just before that break when strong midfielder Joe Grimes was fouled in the square, but Ó Sé miskicked the penalty, and it was an easy save for goalkeeper Martin Burke.

It looked as if Clon would regret that penalty miss when St Michael’s dominated after the water break and four unanswered points had the sides level with seven minutes remaining. St Michael’s should have kicked on for victory Clon lifted their game again in the closing stages, with Grimes, O’Donoghue, Dan Peat, sub Denis Murphy, David Lowney and Jack O’Mahony to the fore.

Clon hit the front again with a fine effort from Grimes but St Michael’s levelled with a point from Domhnall Cremin as the game entered injury time. It was Clon who produced the winning score in the 66th minute when Lowney and O’Mahony combined to set up O’Donoghue for a superb point.