Conor Hourihane in action for the Republic of Ireland.

CONOR Hourihane is a man with one eye set firmly on the future.

‘I’m very keen to be a coach or a manager when I finish,’ the Bandon star told The Southern Star.

Irish manager Stephen Kenny name dropped the midfielder earlier this year when asked if there were any Irish players with a future in management, saying that Hourihane has an analytical mind when it comes to football.

That analytical mind has been in action, as he is already planning ahead.

‘It’s something I’m really excited about and passionate about for the future,’ he said. ‘I’ve done my B licence, I’m starting my A licence in January which will be a big step in that regard.’

Hourihane doesn’t want to lose any time in a sport which can quickly leave you behind.

‘I don’t want to start my badges and then have to wait maybe 18 months or two years to get into a coaching role,’ he said. ‘I’m doing a little bit of coaching at the minute and I’m trying to gain experience so that if anything does pop up at the end of my career then I’m ready for it, it doesn’t take me by surprise and I can’t turn anything down because I’m not ready.

‘I’m 32 in February so it’s the right time to be focusing on the end line of my career. It’s probably a little bit away but you have to be prepared and you have to be ready for whatever you want to do in life after you play football.’

2022 has been a year of ups and downs. Following disappointment at losing the Championship playoff final while on loan at Sheffield United last year, Hourihane’s contract with Aston Villa came to an end.

Derby County had just been relegated to League One and were in the process of rebuilding the squad. They offered Hourihane the chance to be a key player following a year or two of bit-part roles.

There were positives off the pitch as well for a player who has had to move around more than he might have liked.

‘I’ve got to the stage of my career now where I’d been at Villa for four or five years and had a couple of loan spells, which are always difficult to settle during,’ he said.

‘I just wanted to get settled and I think settled for my family as well. We’ve got two young kids and over the last 18 months I’ve been away a little bit and I wanted to spend more time with them. Derby is a good club to be involved in and it’s 45 minutes away from where we live so it just all kind of fits into place.’ 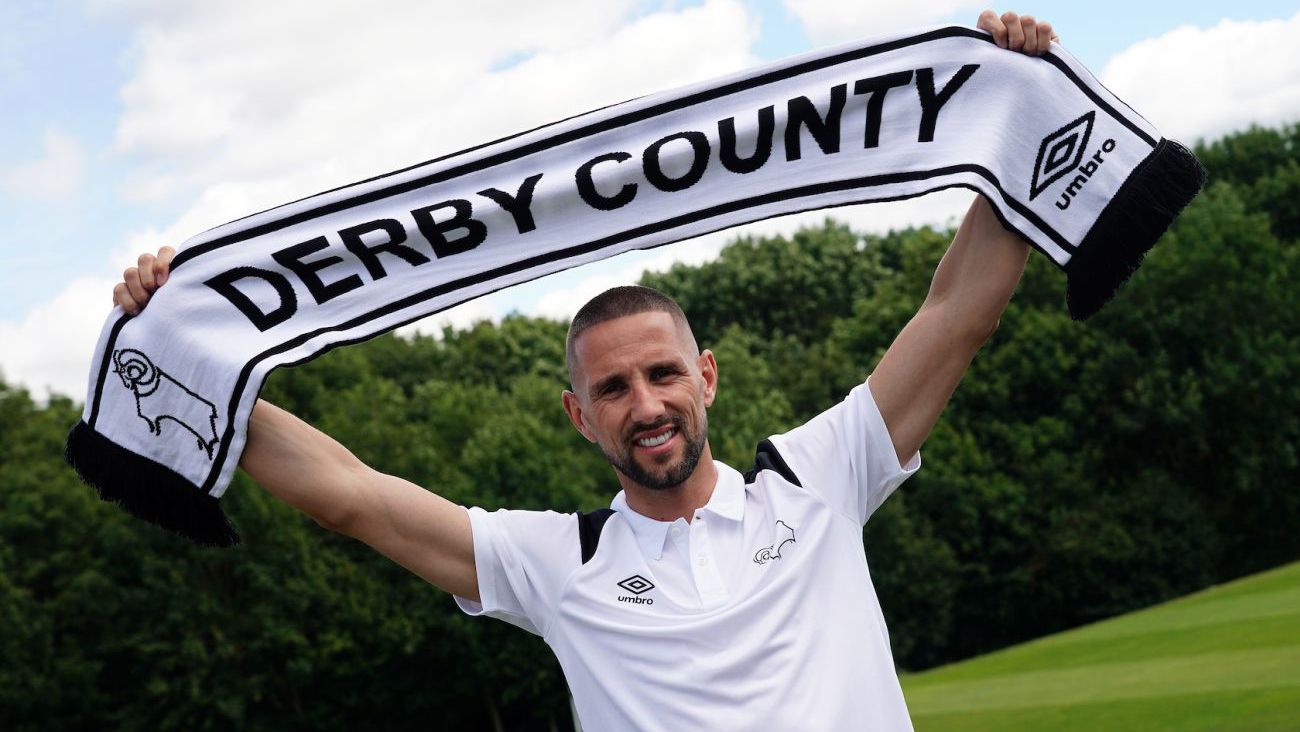 Predicted by most to be battling for automatic promotion and a top two spot in League One, Derby have instead found themselves lagging behind surprise leaders Plymouth Argyle, who are 13 points ahead of the Rams.

Hourihane and his teammates are just inside the playoffs, battling with a whole host of teams for the coveted positions.

There’s a long way to go yet, and as is often the case in League One, the table is condensed. Just six points separate the teams in 5th and 12th. A good run of results is enough to propel almost anyone into contention.

‘I want to get back to the Championship of course,’ Hourihane said. ‘Obviously there’s a long way to go, we’re just outside the playoffs at the moment and if we put a run of games together hopefully we’ll be ok. We’re taking it week by week and let’s see what happens but obviously my personal aim would be to get another promotion in my career. It’s a great feeling come the end of the season when you achieve something with a group of lads so that would be the aim.’

At 31 he is now one of the more experienced players at both club and international level, and enjoys the responsibility that comes with age – and his position as one of the most important players on the pitch as well.

‘I was captain at a very young age in my career at Plymouth and Barnsley, which matured me a lot,’ he said. ‘Then I went to Villa into a big dressing room with some big players and handled myself very well – it wasn’t an easy dressing room to come through and to establish yourself, so going into another dressing room now I feel like I’ve got a lot of experience under my belt.

‘I feel like I’ve got a lot of knowledge and a lot of help I can give to the younger lads in and around the dressing room. I think that’s important for younger lads, to see good older pros and not lads who are just seeing out their career and not bothered if they win or lose.

‘I care for the younger lads and I want to see them flourish and blossom into the players they can be, so helping them is something that I want to do as well.’ 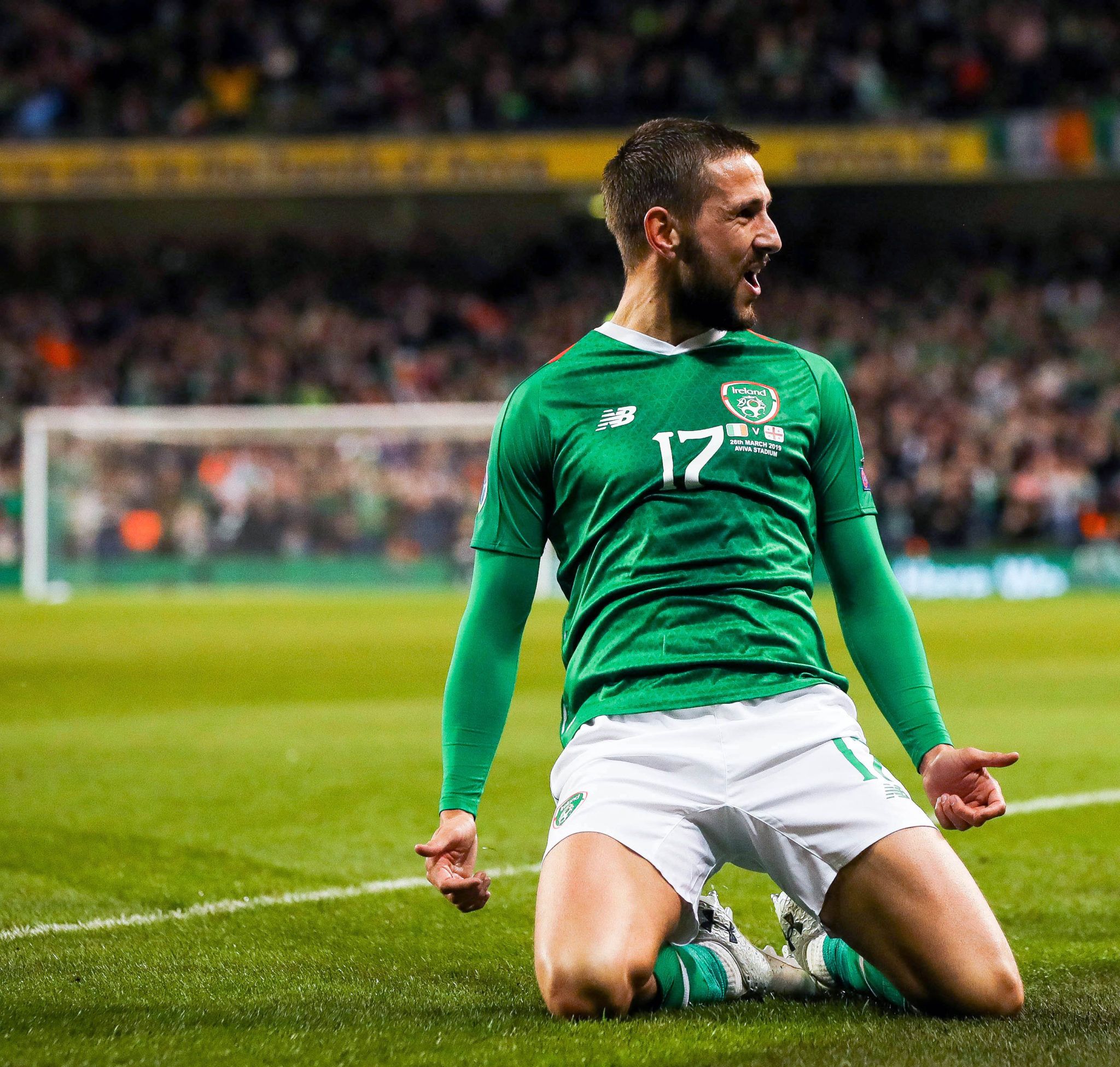 That attitude is one which could serve him well in future plans for coaching, and seems to be one he’s fostered under Stephen Kenny.

‘He’s been brilliant with me, I’ve nothing but admiration for him,’ he said. ‘I really enjoy going into the camp and working under him.’

‘He’s gone with younger players as well to try and bring them through and blossom with the shake of a few older lads in the squad and he’s tried to do it in his own way and fair play to him. It’s been very enjoyable playing the way that he wants to do and he’s been getting decent results along the way as well.’

That role as a mentor is one Hourihane has enjoyed at international level as well. Ireland’s squad were one of the youngest in the entire Nations League this year, and will need all the experience they can muster to qualify from a difficult Euro 2024 qualifying group next year.

Provided his club form remains at a high level, Hourihane will provide that maturity.

‘There’s only maybe three older than me so there’s a lot of young lads in the squad now as well and I feel I can help them,’ Hourihane said.

‘I feel like I’m a very approachable guy to be able to chat to and bounce things off. It’s a role that I enjoy, and if you accept it a little bit more as you get older then you can get a lot of joy from helping others along the way.’

Hourihane will be hoping that feeling of joy continues to come in 2023, a year with the potential to be huge.