CLONAKILTY maintained their 100 percent record in League 1B of the Cork Credit Unions League Cup when they accounted for neighbours Carbery Rangers in Ahamilla last Sunday morning.

The home side hit a purple patch in the third quarter which produced two superb goals and four points without reply from shell-shocked Rangers, who had drawn level early in the second half.

Once again, Clon had reason to be grateful to their Kerry ace scorer Dara Ó Sé who accounted for 1-6, including the vital first goal in the 40th minute, but it was his fellow Kerryman, wing back Joe Grimes, who grabbed the limelight with a powerful display all through, including kicking a goal and point.

‘We’re delighted to get that win under our belts,’ said Clon mentor Eoin Ryan.

‘We haven’t beaten Ross since the league semi-final in 2017 and this win was badly needed. We looked to be in trouble at half time after dominating the first half and then conceding a goal and a point just before half time, but we hit a good patch in the third quarter.

‘There’s a good blend in the panel now and the older guys are giving a great lead to the young lads. We’re into the semi-final now and I think we may be meeting Éire Óg. That will be a great test for us, just the kind of preparation we need before the championship.’ 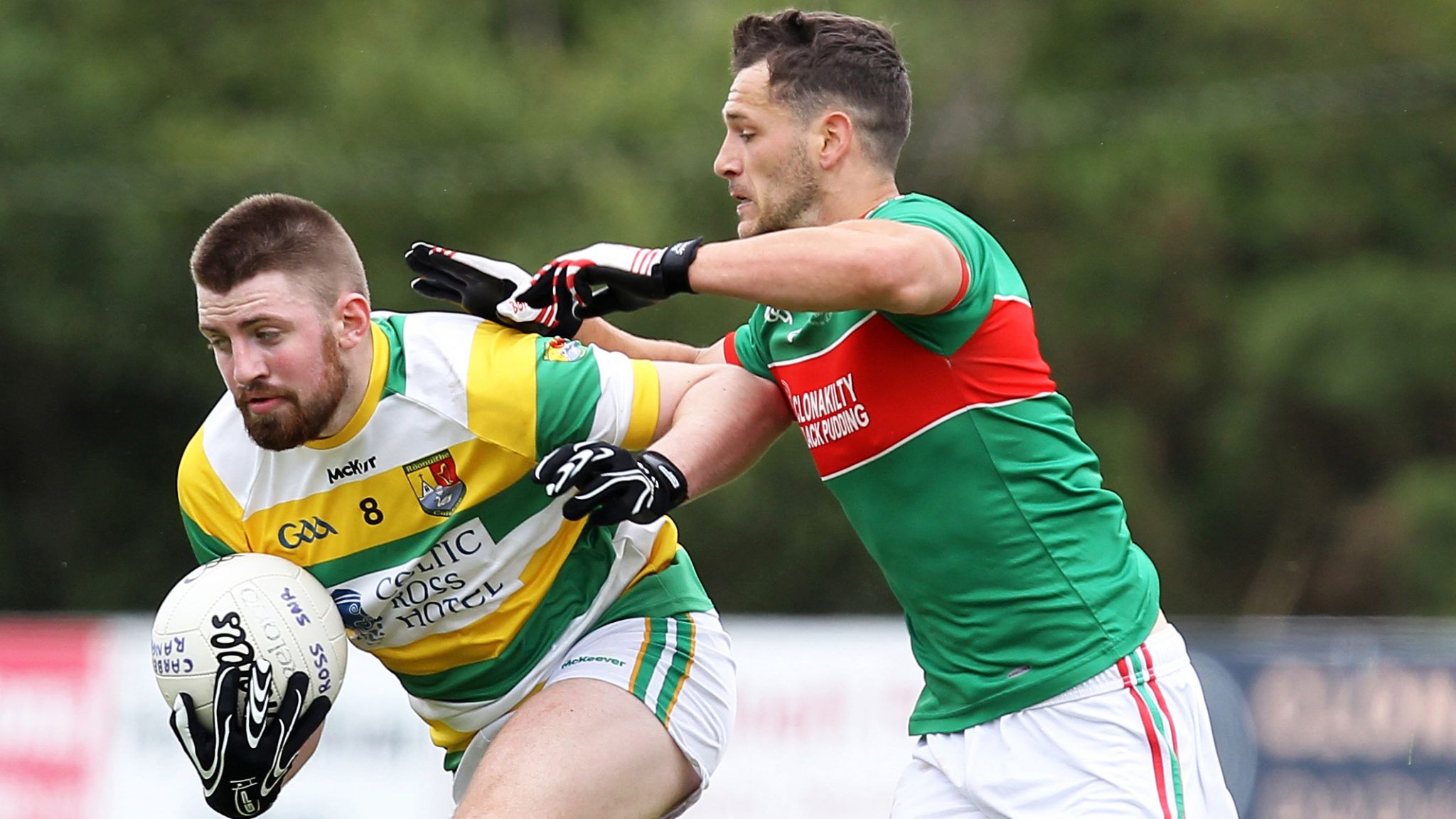 After Jack O’Mahony and Seamus Hayes swapped early points, Clon – with Thomas Clancy superb at full back – took control of the game, aided by the breeze. They hit five points in a row from goalkeeper Mark White (45), Dara Ó Sé (2), Niall Barrett and David Lowney. Clon led by 0-8 to 0-2 at the first water break.

The introduction of the experienced John Hayes at full forward saw a big improvement in Rangers’ play in the second quarter with Jerry O’Riordan and Jack O’Regan back-boning the defence and the Hayes brothers and Brian Hodnett leading the attack.

Still, it was Clon who stretched their lead to six with points from Ó Sé (2). Rangers threw themselves a real lifeline just before half time when John Hayes pointed a free and Seamus Hayes scoring a goal. It was 0-8 to 1-3 at half time.

Within five minutes of the restart, Rangers were level with points from Jack O’Regan and John Hayes (free). Clon looked in trouble then but in the space of eight minutes they put the game to bed.

A lead point from Ó Sé was followed in the 40th minute by a goal from the same player, set up by Conor Daly following a great interception by centre back Eoin Deasy. Another Ó Sé point followed and in the 43rd minute outstanding wing back Joe Grimes hit the net, set up by a fine Ross Mannix pass. Lowney and Grimes raised white flags for rampant Clon and it was 2-12 to 1-5 at the water break, game over as a contest. The last quarter saw Jerry O’Riordan (45), Timmy O’Donoghue (free) and John Hayes (free) kicking Ross points but Clon had the final say with points from Graham Murray and Lowney.