The Courcey Rovers and Cork star received a Camogie All-Star last month, for her 2022 heroics in a Cork senior camogie jersey. Receiving a local award is just as important to one of the country’s best defenders.

‘Local West Cork awards like this one are something my club Courcey Rovers and I pride ourselves on,’ McCarthy told The Southern Star.

‘I know we are on the border and some might not necessarily count us as 'West Cork' but we definitely do. This is a great honour for me and to be able to bring my family here (Celtic Ross Hotel) tonight as well. It is lovely to be recognised by people from your own area.’

Ahead of the 2023 campaign, McCarthy is relieved to have had an opportunity to take a break, albeit temporarily, from the inter-county, club and college camogie grind. 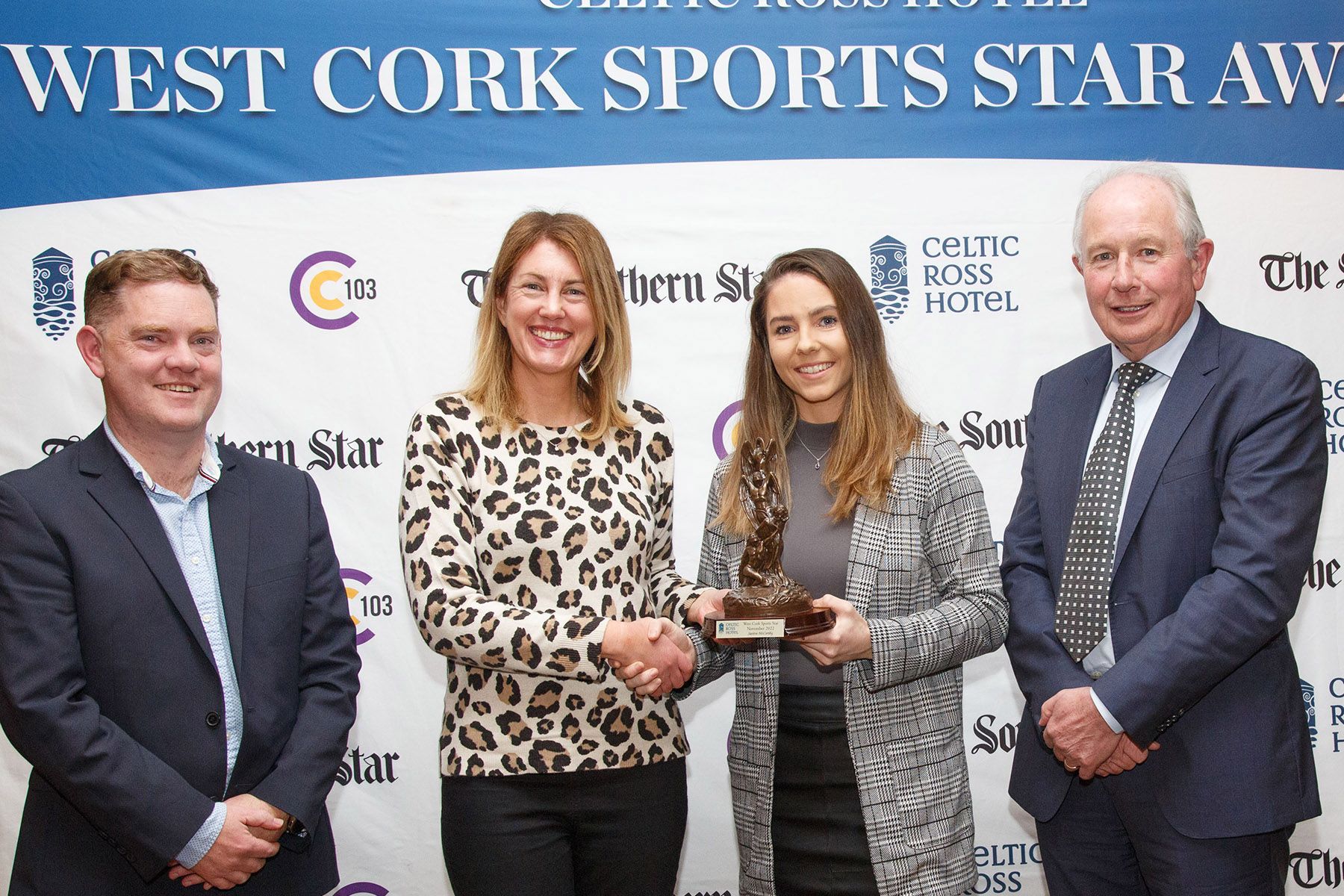 ‘The Cork senior camogie panel is not back training just yet but we have met up and just that taster alone has me saying let’s go!’ McCarthy said.

‘It was nice to have a little break though. I feel this past year hit the Cork seniors very hard. After the previous year's All Ireland final defeat (to Galway), I'd have gone back training the day after. This time around, I actually felt I wanted to take a step back during winter and just breathe.

‘To be fair, we were back with our clubs a week after losing to Kilkenny and I loved that. Once the club championships ended I was straight in with MTU Cork. So, a break from the hectic nature of Camogie was definitely a good thing for me.’

Playing alongside the two Laura’, Treacy and Hayes, in Cork’s half-back line has seen McCarthy develop into one of the country's top defenders culminating in a merited 2022 All-Star award.

‘The two Lauras got their All-Stars in 2021 so I was playing catch-up this year!’ McCarthy laughed.

‘Laura Treacy and Laura Hayes are phenomenal athletes. Laura Treacy is such a commanding presence at centre-back and the way she communicates is hugely important to Laura (Hayes) and myself.

‘It is a team effort that allows us to bomb forward all the time because someone else has to fill in those positions. We have that freedom to attack and be the launchpads for Cork’s attacks. A lot of teamwork is needed to facilitate that but that's why I love playing alongside the two Lauras.’