The ZT Fish Company distributes fish throughout West Cork and is currently expanding into new locations.

The ZT Fish Company distributes fish throughout West Cork and is currently expanding into new locations.

Having 30 years’ experience owning a fishing boat has given Zeik Tuit the edge when it comes to his thriving fish company.

ZT Fish Company was established three years ago after Zeik saw a gap in the market for fresh fish, caught locally.

‘The company was a spin off from my fishing career. 30 years ago, I bought a boat and spent 25 years at sea. Over the years I upgraded my boats and I still have a team operating out of Union Hall’, says Zeik.

He is now distributing fish throughout West Cork and is currently expanding into new locations.

‘My headquarters is in Rosscarbery. I have a unit behind Ryan’s Spar shop. Here we process and fillet the fish and get it ready for distribution’.

Zeik and his team opened a stall outside the Spar shop on Ash Wednesday in 2019, and they continue to be there every Friday from 9am to 5pm. 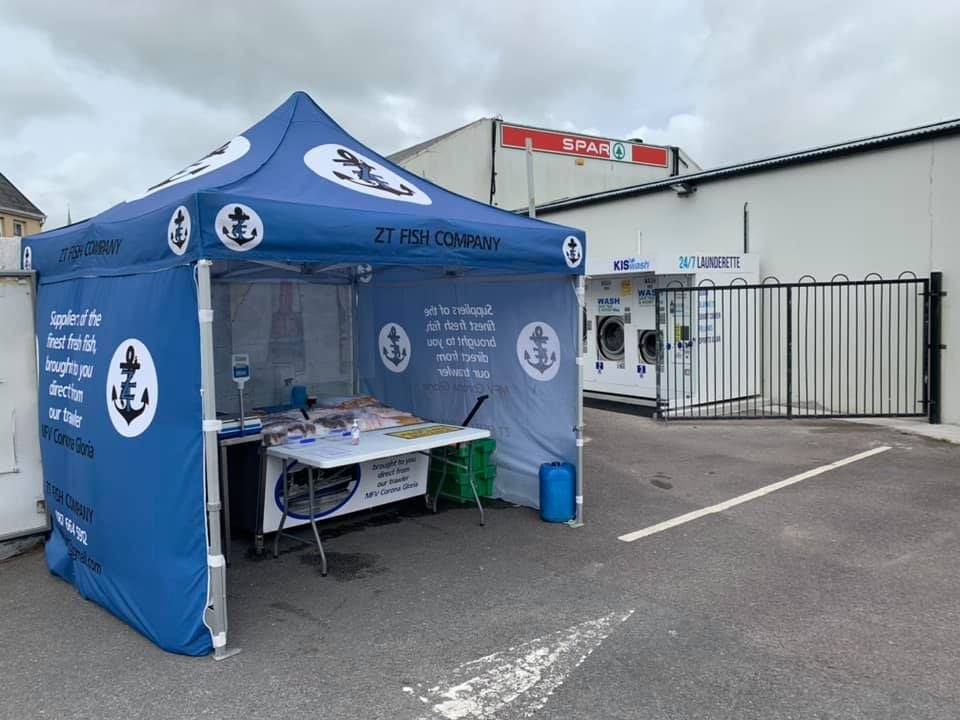 In April 2020, he opened a similar stall in the car park of Harte’s Spar in Clonakilty, and the team is there every Thursday from 10am to 3pm.

‘I have just started in Innishannon, outside the Centra store. We are there on Wednesdays from 9am to 2pm. We also go to Douglas Farmers Market on Saturdays, and we are looking at going to Baltimore too’.

Up until now, Zeik has been selling fish from a gazebo, but he bought a mobile fish shop which has been purpose built by West Cork Stainless Steel Fabrication, with signage done by Bandon Print & Sign, and it recently made its debut.

Zeik also supplies fish to restaurants. While this side of his business has taken a hit during the pandemic, the sale of fresh fish at his stalls has flourished.

‘With the first lockdown, there was an immediate effect. People weren’t able to eat out, they became more health conscious and they had more time to cook. We saw a steady flow upwards’. 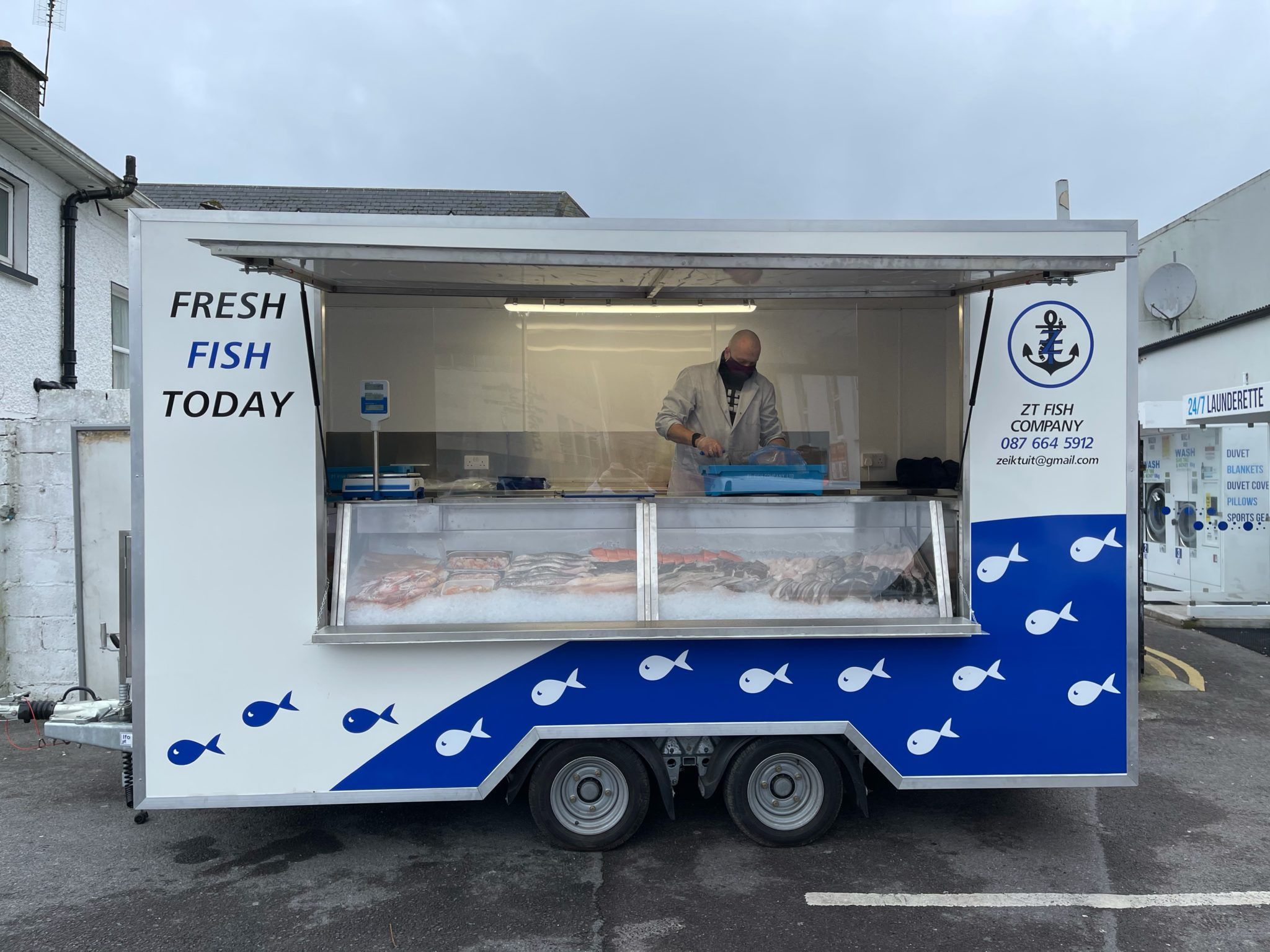 He sells as much of his own produce as he can, but this can depend on the length of the trip that his boat is on. He sometimes buys fish from other suppliers but always makes sure they are local.

‘I am very fussy when it comes to buying fish from other suppliers. It has to be very fresh’.

‘None of this would be possible without the support of my wife Margaret, who is also a director of the company’, concludes Zeik.