Conor gets to grips with the Richardson twins from Drimoleague.

BEING part of a heist where a load of televisions are stolen isn’t something most people would be proud of.

But for Drimoleague twin sisters, Penny and Nola Richardson, it was all in a day’s work on the set of the award-winning TV show The Young Offenders.

The girls jointly play the role of Baby Star in the third and latest series which returned to our screens last week. And not only did they capture the hearts of their screen dad Jock (Chris Walley) and his side-kick Conor (Alex Murphy),  they’ve already got quite the fan base all over the world.

In fact they nearly didn’t get the gig at all and were second choice for the role, after the first set of twins were unavailable for the filming slots needed.

Randa says she applied for the role in the hit show after a ‘friend of a friend’ tagged her online in the casting call for twins last July. The application simply involved sending in some details and a few pictures, and she really thought nothing more until the call came through with the offer.

‘I initially thought it was a hoax, but then thought, it might actually be something brilliant!’ 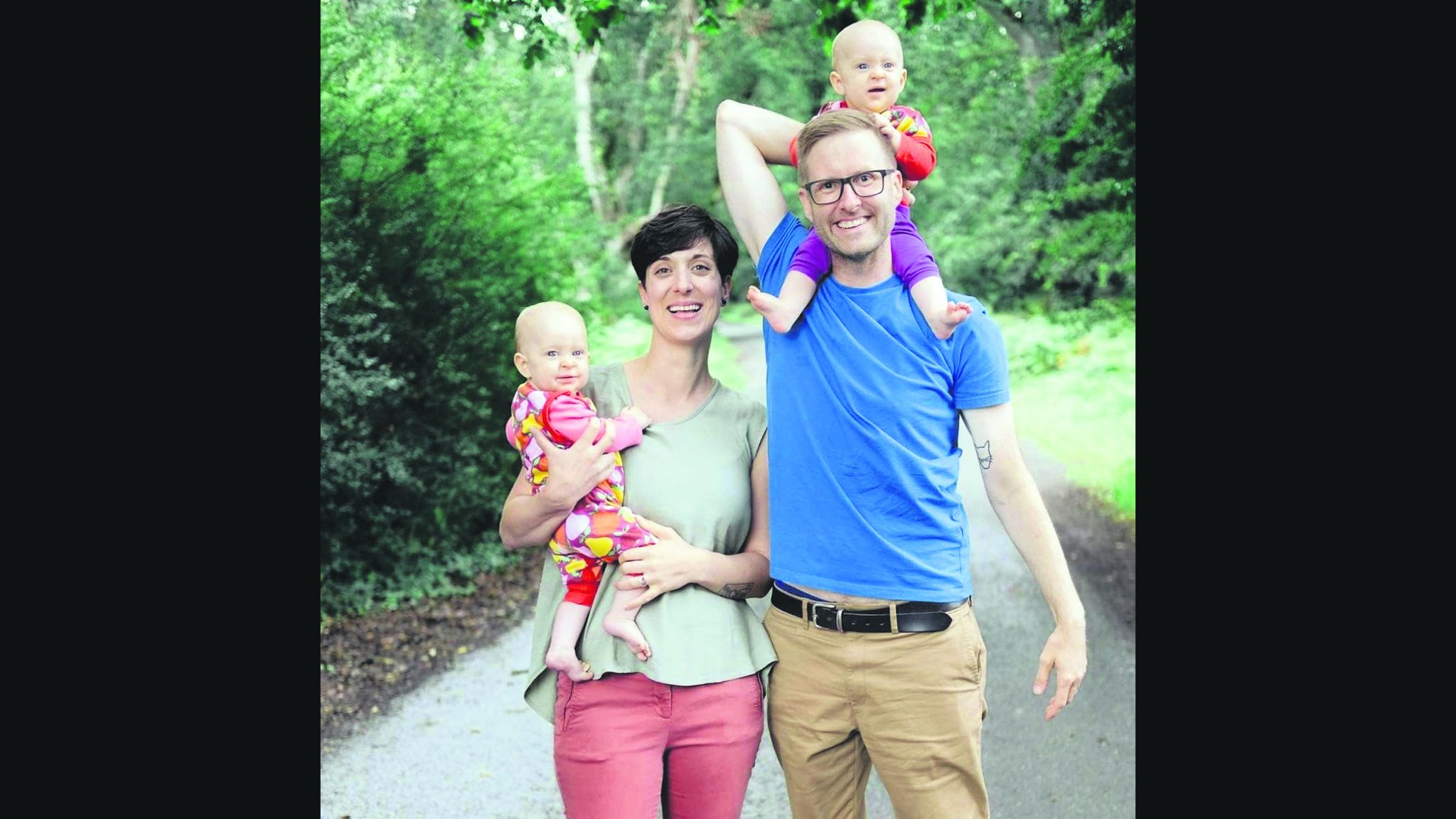 The girls with their mum and dad Randa and Gareth, who moved here after falling in love with Cork while on holiday.

Originally from Kildare, Randa and her husband Gareth, from New Zealand have lived in Drimoleague for the past two years. They fell in love with Cork when holidaying here while living in Australia and first rented in Durrus, before buying their family home.

While the couple had seen the first series of the show, and the movie, nothing could have prepared them for the adventure that lay ahead of them. ‘We went in completely blind, we had literally no clue what to expect,’ she said.

Legally the girls weren’t allowed to be on set for more than around 20 minutes at a time, and for a maximum of five hours a day. Although, when you factor in the one-and-a-half hour's drive from their West Cork home, the days were still quite long.

‘At the beginning it was all a bit of a balancing act trying to figure out what would work with the girls, and what wouldn’t,’ remembers Randa.

‘It was a collaboration between us all to find the best way to do it. What would happen is that we’d turn up on set and get a rundown of what was planned and an approximate schedule, but of course a lot of the time things didn’t go to plan.’

That went as much for the the crew, as the girls!

Basically, both girls would be dressed in costume, and whoever was most settled did the scene. They’re not identical, but are very alike, so that approach worked perfectly. 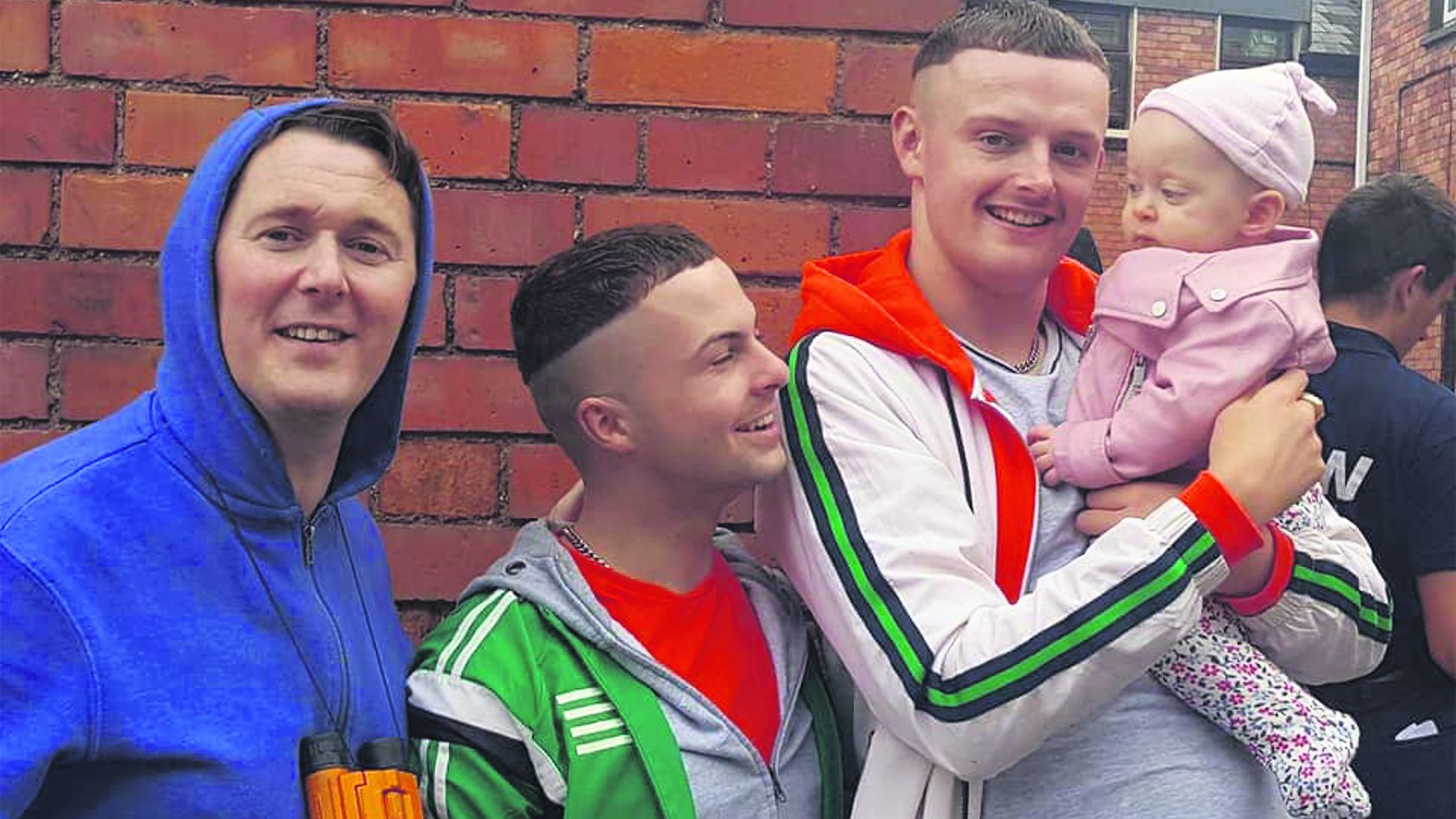 Shane Casey, Alex and Chris were complete softies when it came to the girls!

‘We actually thought that Penny would be in most scenes. At that age she was very chilled out and still is. But then Nola would go to anyone, so she actually ended up in lots of scenes,’ said Randa.

Initially, she said, it was a little intense, even though herself and Gareth were always in sight of the girls and were allowed to be very much in control at all times.

‘But there could be up to 30 people on set, all in a small space, with lots of machines, and all eyes on a little eight-month-old.

‘So after a while when it was announced for the baby to come on set, people would turn away, and Chris would often then take her and walk away a little bit and sing a song to settle her and then come back and say, "right – shoot!" They were very quick scenes, not too much hanging around.

‘There were lots of moments, too, when I had to step in and feed during a scene which showed the power of mum being around. There was even one scene where we had to swap one girl for the other! It was a case of constantly being ready and thinking ahead, but we got used to it.'

Randa said the lads were ‘brilliant’ with the girls, especially as they aren’t dads themselves.  Alex used to play  Beatle songs to them on his phone, and Shane Casey who plays Billy  Murphy used to sing to them as well.

Shooting took place over six weeks, but the Richardsons weren’t needed for all that time.

‘There were a few weeks where we weren’t needed at all, and then other times  you’d get a call the night before saying you were needed to re-shoot a scene,’ said Randa.

Lucky for her the girls seemed to just roll with it.

‘We don’t have anything to compare them with, but other mums have often remarked how placid they are. Obviously they do have their moments but they seem to have good temperaments.’

Were there any stand-out moments for them?

Randa says: ‘There was one time that Penny took a cigarette out of Jock’s mouth [see on the first episode last week] and went to eat it and he had to improvise! There was another scene where one of the girls had to be fed with a bottle.

'They asked could they put cow’s milk in it, but as the girls were exclusively breast fed, I gave them my milk and it was just so funny to see Jock trying to feed them with my milk dripping all over him! Another time Nola scratched herself on her face and ended up in make-up which was quite funny.’

While the girls have no inkling of their fame, audiences everywhere are loving them.

Randa, who is shortly launching an upholstery business, studied in Scotland where people are tuning in, along with Australia (where it’s subtitled!) where the couple lived, and Gareth’s native New Zealand.

In the meantime, mum and dad are busy compiling a scrapbook for each of them, for when they’re old enough to appreciate it.