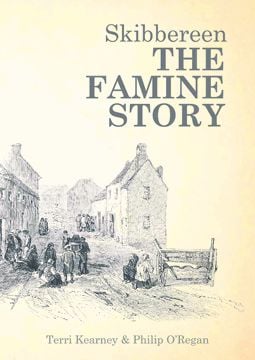 ‘The Famine Story’ has been written by local historians Terri Kearney and Philip O’Regan.

THE Skibbereen Heritage Centre is launching a walking trail of the town, that will be available in book form and on an app, later this month.

Skibbereen was ‘the very nucleus’ of the Famine and horrific reports from the town featured in the media of the time, as the area became infamous for the suffering endured by its people. Skibbereen: the Famine Story uses these shocking reports to follow the crisis as it developed and shows the devastating effects it had on local individuals and families.

The people who feature in the book – such as Tom Guerin, the man who was buried alive, and the Widow Geaney, evicted to die on the side of the road – represent millions whose stories remain untold. The true enormity of this national tragedy becomes apparent through these individual experiences, and the sites of the Skibbereen Union where the events took place.

The app guides the walker through the streets of the town, via sites that have direct links to the Great Famine. Using voices from the era, including Dr Dan Donovan, Rev RB Townsend and others, the app recounts the tragic events in the places where they took place.

The app is narrated by Terri Kearney, manager of Skibbereen Heritage Centre, and local residents Jeremy Irons, Fachtna O’Driscoll, Declan McCarthy, Peter Murray, Gerald O’Brien, Stan Rispin and Derry Moynihan have all lent their voices to help bring to life some of the characters of the era who feature in our story.

The book offers a broader view of the Famine and covers the entire Skibbereen Union, from Rosscarbery to the Mizen. Co-written by Terri Kearney and her heritage centre colleague Philip O’Regan, it follows the course of the Famine and shows the impact it had on the people of the area through stories of individual experiences.

Both the book and app give locations where events took place, with maps and GPS co-ordinates for those on public property.

Design, layout and printing of Skibbereen: The Famine Story is by The Southern Star.