During a virtual ceremony, Cathal, who is a sixth class pupil with Harry at Summercove National School, was announced as this year’s winner of the National Disability Authority’s ‘Someone Like Me’ national art competition.

The competition attracted more than 1,800 entries from national schools across the country and offered a range of prizes up to the value of €750. 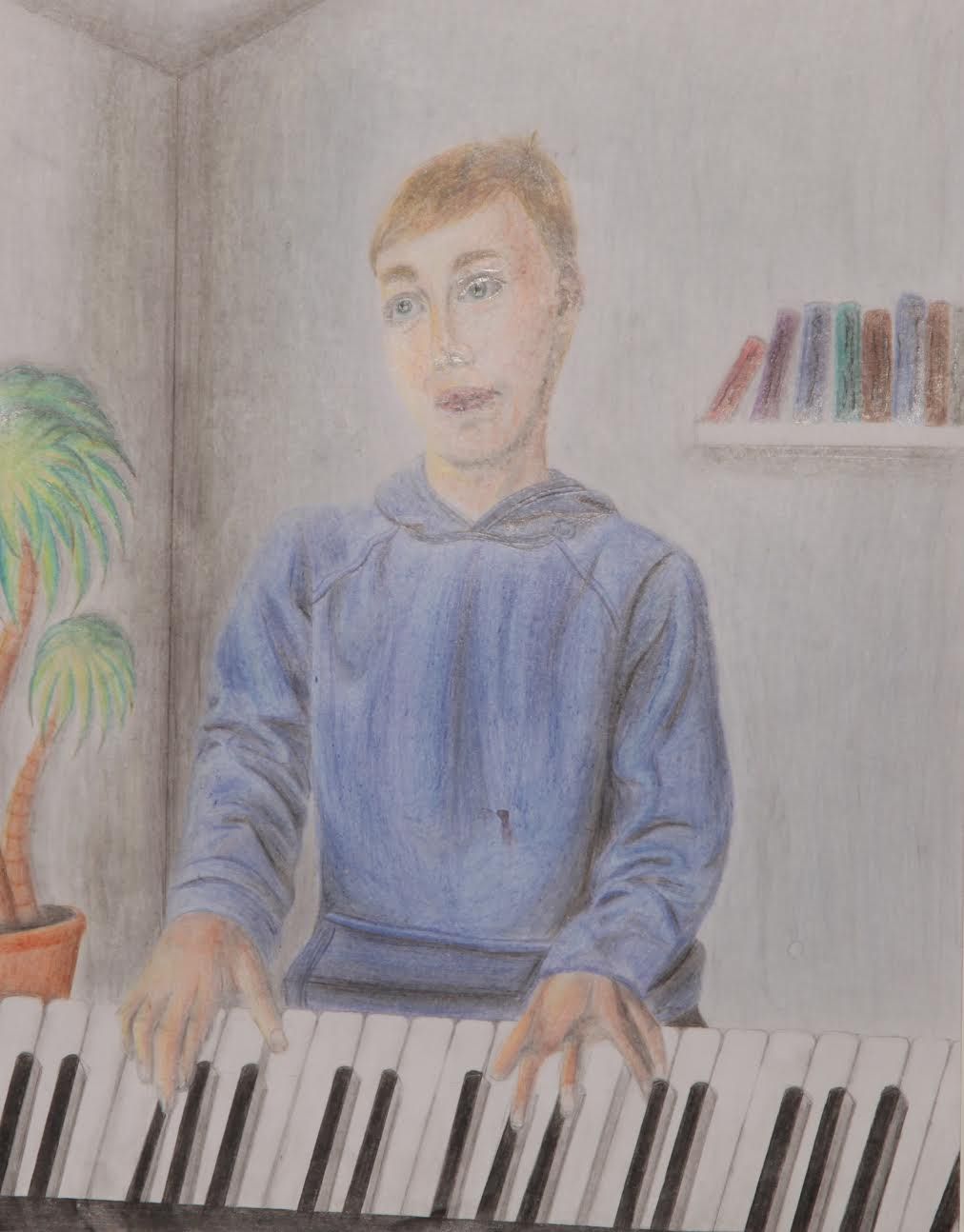 Cathal’s winning portrait, titled ‘Piano Man’ shows his twin brother Harry – who was born with a cleft lip and palate –playing the piano, which he taught himself to do during lockdown.

‘I decided to draw Harry because he taught himself piano during lockdown and it turns out he has a natural talent for it. He loves to play Queen, Abba, jazz, pop and he plays ‘Piano Man’ a lot,’ said Cian.

‘Harry was the first born twin and was born with a cleft lip and palate. He has had five operations, first to repair his lip at three months old, then palate repair, two palate correction operations and last year he had bone graft surgery.

‘Thanks to the Cleft Lip and Palate team at CUH, Harry and I look even more like.’

Cian added that his twin brother never complains and wants to be a dentist when he is older as he is really interested in all the dental work he receives himself.

‘Both Harry and I are really grateful to lockdown as it gave him the opportunity to discover his love of music and gave me the time to explore and expand my love of art.’

Cathal’s winning entry was chosen by competition judges not just for its artistic appeal, but also for its heart-warming story.

Judge said it reflects the competition’s aim of fostering more positive attitudes towards persons with disabilities by highlighting the similarities that exist between all people.