An Taoiseach Micheál Martin with his wife Mary, Mary McDonnell and Paddy Deasy of the Friends of Dunworley at the opening of the new amenity area at School House Cross, Lislevane. (Photo: Martin Walsh)

VOLUNTEERISM is what makes that essential difference in making a community what it is, declared the Taoiseach Micheál Martin on the transformation of a dilapidated patch of ground into a peaceful oasis, adjacent to a busy road junction near Lislevane.

The Friends of Dunworley, led by Paddy Deasy, were delighted that the Taoiseach had accepted their invitation to officially open the site at the School House Cross, west of Lislevane village.

The site is also adjacent to the old school that was a seat of learning from 1890 until 1992.

‘I see the rejuvenation of this site as a re-celebration of the fact that this was a centre of learning for so many years,’ said Deputy Martin, whose wife Mary has strong family connections with the area.

Her late grandfather Maurice Sheehy was a principal in the school for many years and his wife Mary (nee Murphy) was the principal in Timoleague NS.

What’s more, Maurice’s brother John was the principal in Courtmacsherry.

The Taoiseach, himself a former teacher in Cork city, told the gathering that one of the great traditions in Ireland is the tradition of learning, of imparting knowledge and insight and enlightening people.

‘In earlier times in Ireland, it primarily fell to our national schools to educate the rising generation in a modern Ireland,’ he said. 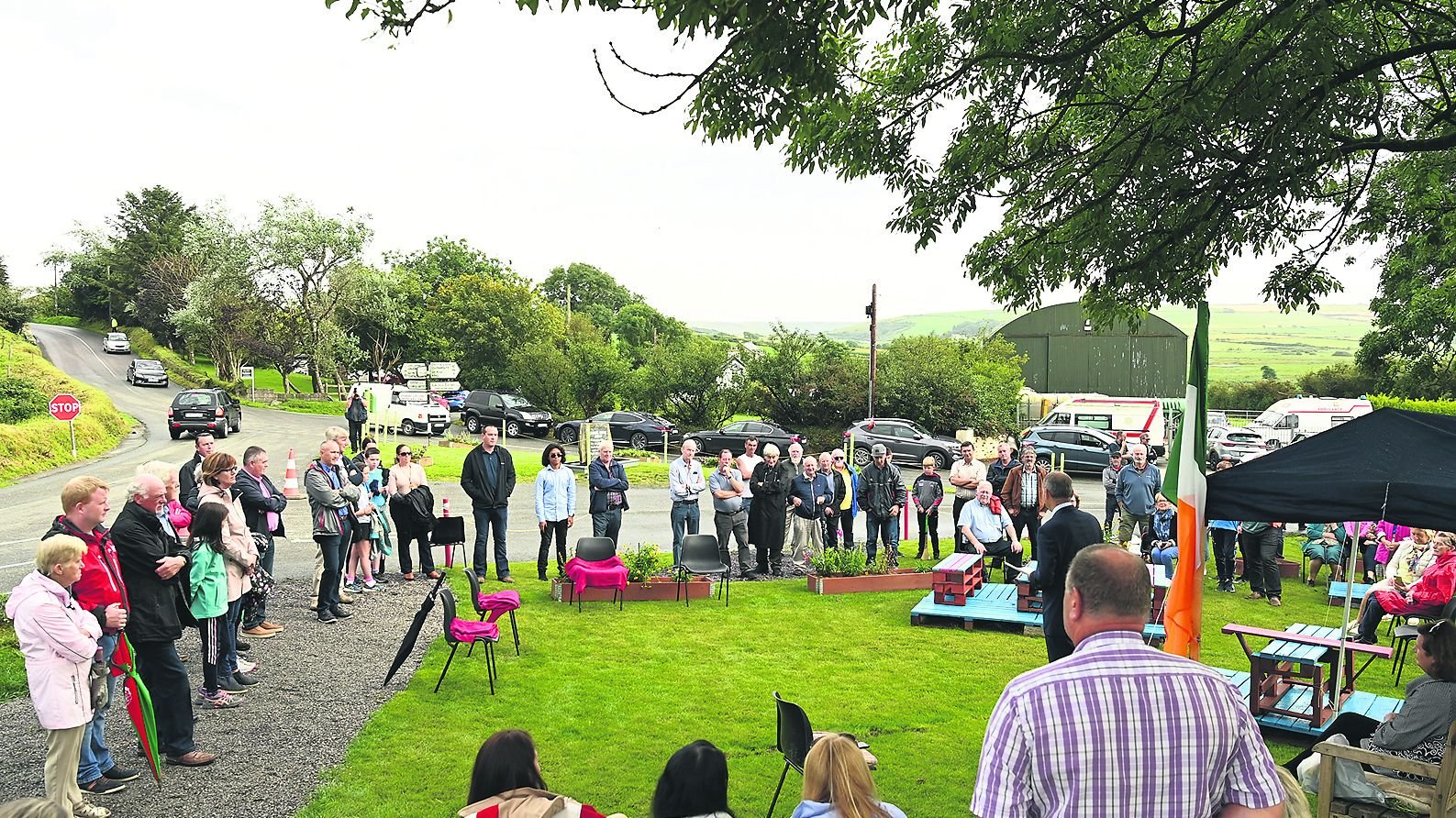 Taoiseach Micheál Martin with his wife Mary, Mary McDonnell and Paddy Deasy of the Friends of Dunworley at the opening of the new amenity area at School House Cross, Lislevane. (Photo: Martin Walsh)

The Taoiseach paid tribute to local historian and former teacher Sean de Barra and also saluted the volunteers involved in the project, in particular Paddy Deasy.

‘You have restored a beautiful area, created a space for people where they can stop and stare, reflect on the wonders and the beauty around here,’ he added.

The leader, who has a holiday home in Courtmacsherry, also paid tribute to another community man, John Young, who died earlier in the week.

Former pupil of Lislevane NS Mary McDonnell was MC on the day, and Ava Rose Harrington presented Mary Martin with a bouquet of flowers.

A beech tree will be planted in honour of the visit.