Members of Save Our Skibbereen campaign celebrating the decision of the High Court at the Square in the town last year. Photo: Anne Minihane.

Exactly a year on from the successful challenge to plans for a plastics factory in the town, Save our Skibbereen has agreed to use surplus fundraising money to back some appropriate projects

SOS is the international code for distress. In Skibbereen, it stands for that, too, but it’s also an acronym for Save Our Skibbereen.

One year ago, on September 17th, that very organisation claimed ‘a victory’ when a company owned by an American family that had connections to West Cork, indicated it would no longer seek to secure planning for a plastics factory that SOS deemed hazardous to public health and West Cork’s green appeal.

Not everyone was against it. Some locals believed that the promised employment would help to sustain the economic viability of a town that has lots of innovative and traditional businesses but remains short on manufacturing jobs.

Meetings at the very start of the campaign attracted miniscule attendances. That did not bode well for SOS, which was, and indeed still is, chaired by Brendan McCarthy, whose family home would have been situated directly behind the proposed plastics factory at Poundlick – a green field site that can be viewed from Baltimore Road.

Momentum grew. More publicity followed and high-profile figures came out with public pronouncements saying this was not a good fit for West Cork.

Film producer David Puttnam was but one of the people who suggested there was a better way for Skibbereen, indeed all of West Cork, to prosper.

Numerous public meetings were held and each was bigger than the previous, until the final meeting in mid-December 2018, when the function room at the West Cork Hotel could hardly cater for the crowds.

That meeting came hot on the heels of An Bord Pleanala’s decision to uphold Cork County Council’s earlier decision to grant planning for the thermoplastics compounding facility.

The fact that An Bord Pleanala publicly acknowledged that it had gone against the express recommendation of its own inspector – who recommended that the proposal be refused on the grounds that the site was zoned for business, not manufacturing, and was not compatible with the number of residential properties in the vicinity and would jeopardise public health – outraged locals who simply couldn’t believe what they were hearing.

Angry voices were raised at that meeting and it seemed clear, according to Brendan, that nothing could withstand the groundswell of support for the SOS campaign. 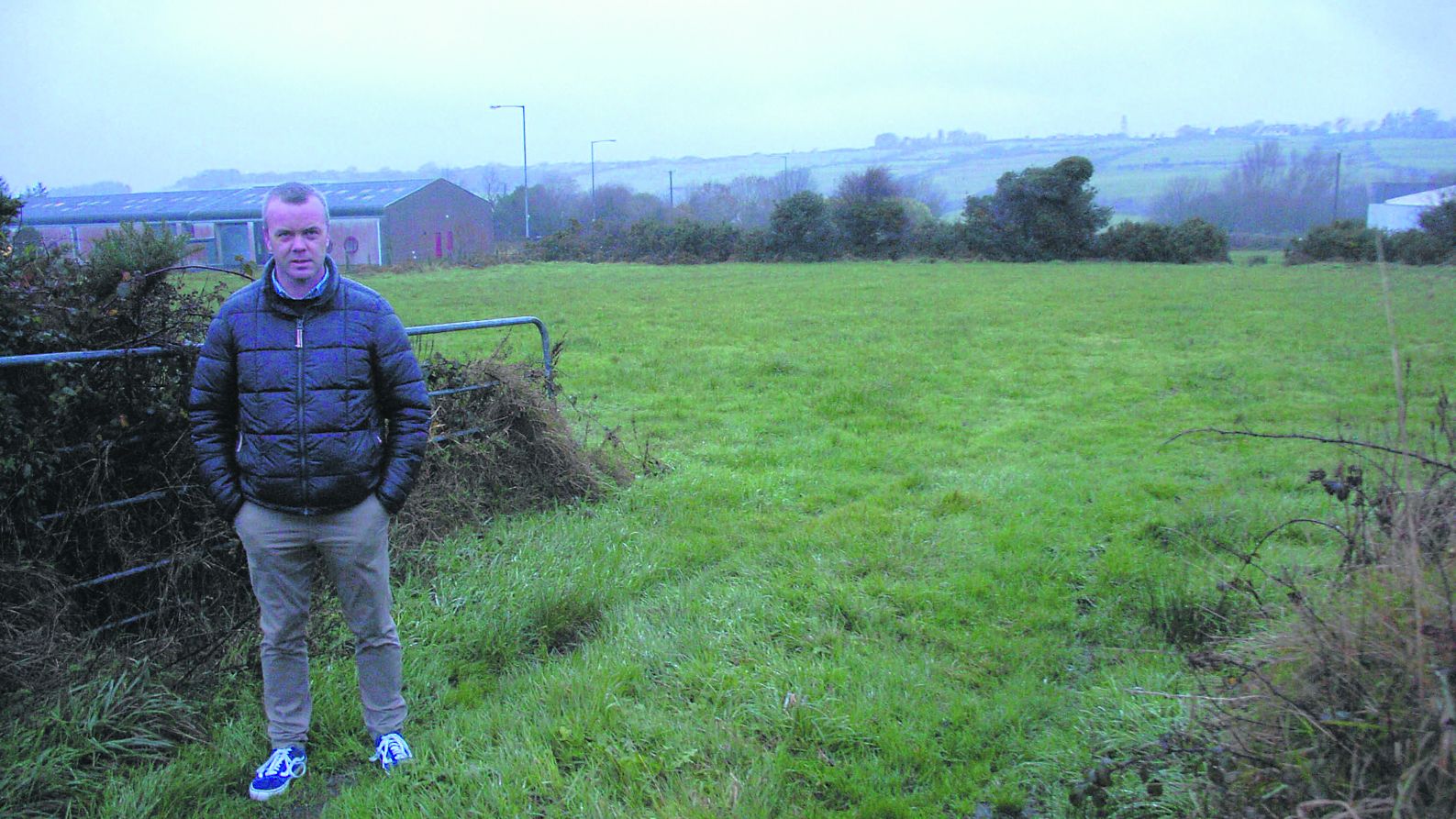 Brendan McCarthy at the former site for the proposed plastics factory in Skibbereen.

A fundraising campaign was launched to pay for a judicial review of the entire planning process and people were generous in their donations.

There was, however, nothing to stop the company, Daly Products Ltd, reapplying for planning permission, but the company announced it was bowing out, hence the anniversary celebrations set for this week, on September 17th.

At the time, the High Court also ordered that the costs incurred by SOS in taking the proceedings should be paid by An Bord Pleanala.

SOS’s initial outlay of approximately €14,000 was refunded and the organisation is today in funds to the amount of €30,000. The chairman said €5,000 was spent on local projects – details of which are to be published – and €5,000 was donated to a proactive local organisation calling itself Green Skibbereen.

That organisation was established for the purpose of promoting Skibbereen as an environmentally sound community in which to live and do business. A further €20,000 is to be made available for other community projects. Brendan said: ‘We are fortunate that everyone who made a donation was willing to allow the fund to be used for projects that are in keeping with the SOS ethos.’

‘It is also a way of acknowledging and rewarding the community for their support in a year that has got to be the most trying on record.’

To apply for funding for one of these community projects, applicants must email [email protected] Applications will only be accepted by email.

For further details see www.saveourskibbereen.ie and the closing date for the applications is October 30th. The awards will be announced before Christmas.