Local children and supervisors getting out on the road safely

SKIBBEREEN could be the first town in the country to have a Cycle Bus thanks to a Cycle Sense initiative.

Cycle Sense is a not-for-profit organisation that has been teaching three different levels of cycle-training since 2007.

It all began in a very humble way when a friend and neighbour saw Katie Mann teach her children games on their bikes.

He gave her a six-week cycling programme that the gardaí had used to teach cycling and safety skills to young people in Leap.

Katie said there were other kids - on the estate in which they lived in Skibbereen - that saw what was happening and asked if they could get in on the fun.

Ruth Bullough of Ballydehob also heard about it. Now she – together with Karl Watkins – is involved, and all three are Cycle Right instructors, which is certified by the national government body, Cycling Ireland.

They started teaching students at the four primary school students in Skibbereen, but they have since branched and, to date, reckon they have trained 12,000 children – an estimated 1,200 of which are from the greater Skibbereen area.

Such was the success of their training programmes that they found themselves in great demand and had to travel further afield, all over Cork city and county, as well as Kerry.

Katie, who grew up in England, where cycling proficiency training is fairly standard, saw a clear need for the service, but despite the huge numbers of children that have completed the various programmes many of them had one thing in common – they didn’t feel confident on the open road.

‘It’s just not safe,’ said Katie. ‘We have very little cycling infrastructure. But we did some research and found a way of supporting young people cycling in a rural setting.’

Katie is talking about organising a Cycle Bus, which is similar to the Walking Bus that groups of children use when walking to school in the mornings.

On Thursday, February 27th next the first of these cycle buses will go into operation. But first Cycle Sense are looking to recruit and train 10 marshals to help run it.

Cork County Council supported the initiative with a €1,800 grant through its Community Environment Action Fund, which is specifically aimed at projects that increase awareness of environmental issues. 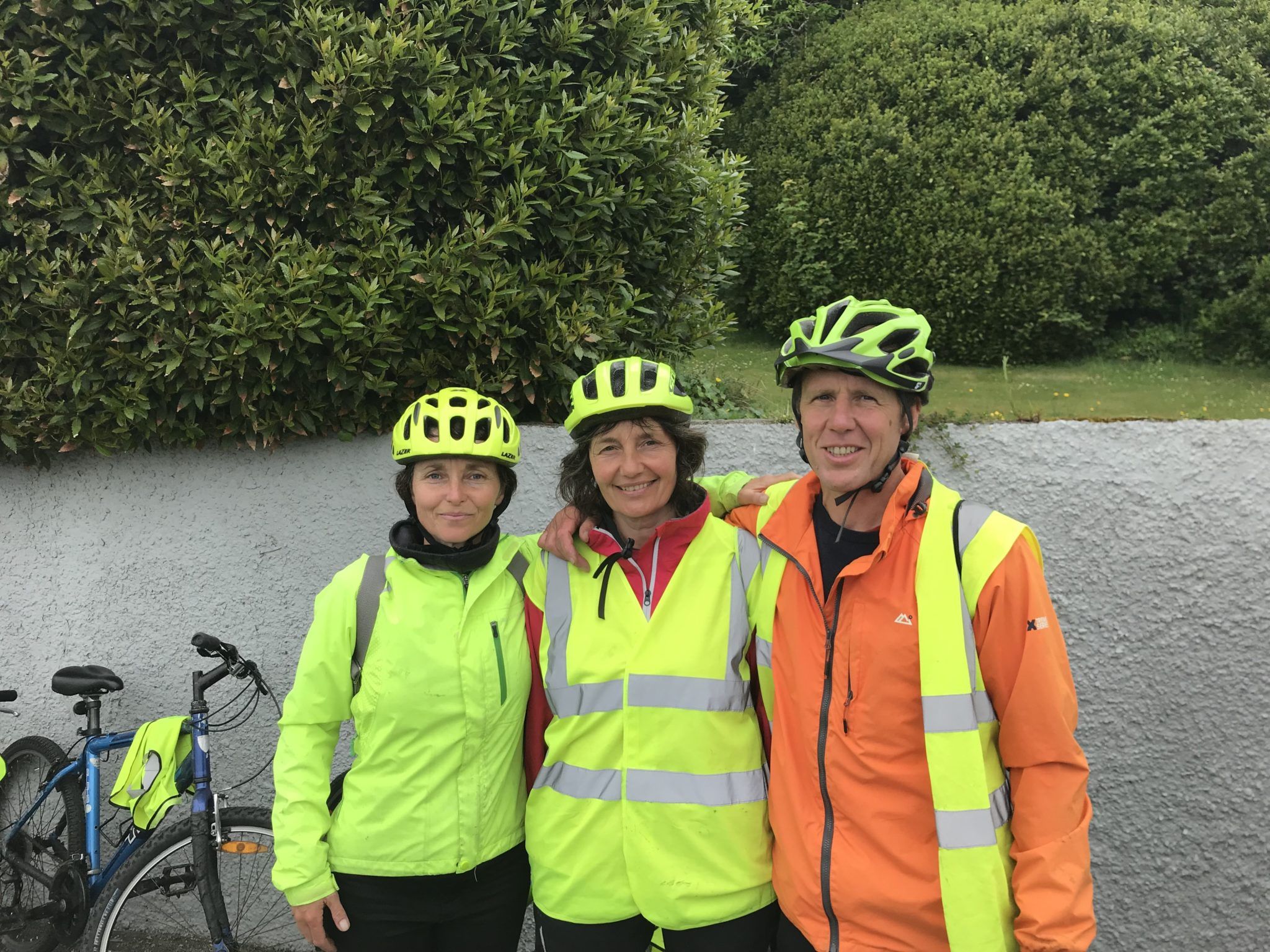 Katie said all of the local primary schools are on board because they are aware of the health and fitness benefits of such a service to the children, not to mention the fact that it will reduce traffic congestion and air pollution too.

Katie said that by promoting the project in the local newspaper  ‘it would raise awareness and help get children safely to school.’ By the time the first bus gets into gear, she said: ‘We hope everyone will know what is happening.’

The founders of Cycle Sense hope to train people in the community to run it themselves so it will be community-led and more likely to become a long-term project.

In the meantime, they are appealing for 10 people to volunteer to train as marshals, with a view to establishing a rota, and helping with what could be a ‘park and ride’ route.

The idea is to have the children meet at a starting point – maybe a designated estate – and they would cover the remaining 3km by bike.