People are taking their lives in their hands crossing a busy junction in Dunmanway’s town centre.

That’s according to Cllr Declan Hurley (Ind) who tabled a motion requesting that a pedestrian crossing be put in place at the Sackville Street junction.

Cllr Hurley said people, particularly the elderly, are risking life and limb trying to cross one of the widest roads in the town to get to Drinagh Pharmacy, or the nearby Aldi store.

‘Members of the public have requested the pedestrian crossing because they know better than anyone just how busy this junction is,’ said the councillor.

‘It has a lot of traffic, particularly trucks and heavy goods vehicles that use it to access the town’s by-pass.’

People crossing the junction, including those heading to St Patrick’s Church, further down the road, maintain there is no safe crossing point at which to cross the road.

‘The worry is that it could be the cause of a fatal accident,’ said Cllr Hurley. ‘And what makes it potentially lethal is that the surface of the road is so bad. Anyone could stumble and fall. It’s bad enough for me, but I dread to think of how difficult it can be for older members of our community, or the wheelchair users who have to use this junction.’

The councillor, who was speaking at a meeting of the West Cork Municipal District in Dunmanway recently, said the fact that the road is so wide adds to the danger.

‘Even someone moving at a brisk pace could be facing down an articulated truck as it turns onto Chapel Street,’ he said.

‘It is a busy and a fast-moving junction so something needs to be done to safeguard pedestrians.’

The Council’s senior executive engineer, John Ahern said the very width of the road might make it unsuitable as a location for a pedestrian crossing.

The engineer said he would apply for funding to carry out a road survey, one that would determine the best form of traffic control in that area.

Cllr Hurley also tabled a motion at the meeting calling for the road through Sackville Mews to be resurfaced. 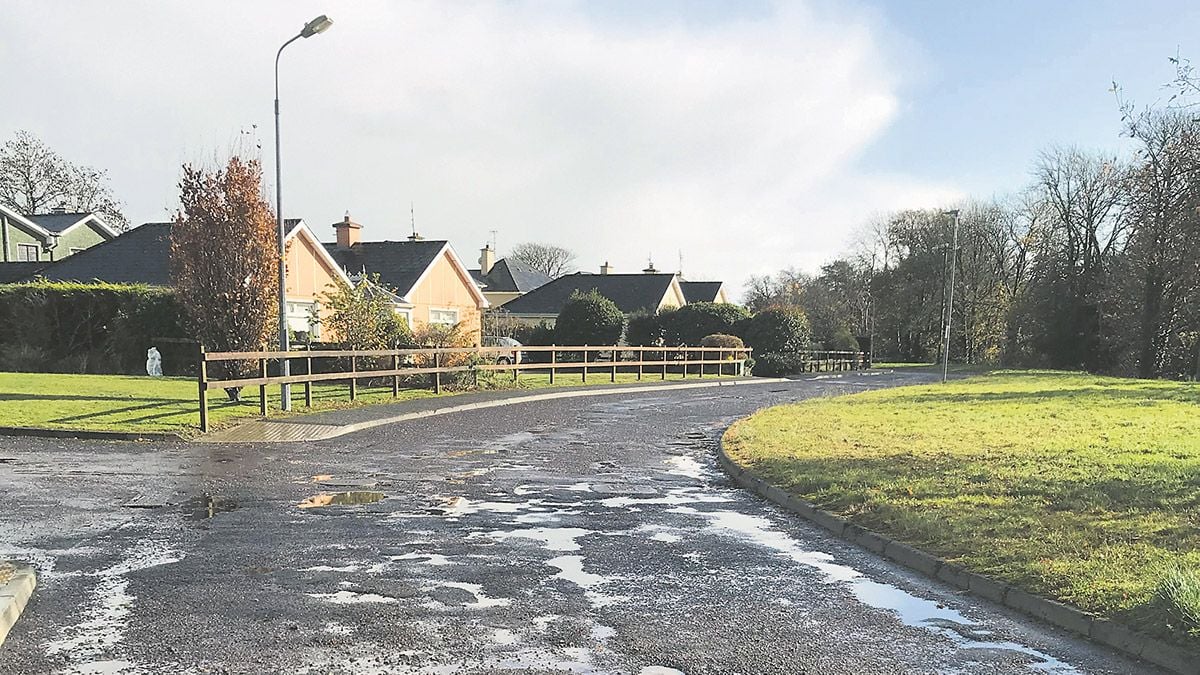 The deplorable condition of the road surface at Sackville Mews in Dunmanway was raised by Cllr Declan Hurley (Ind) at a meeting of West Cork Municipal District in Dunmanway.

Cllr Hurley said the slip road off the town’s by-pass, which leads to the town’s car park, is in a dreadful condition.

He reminded Council officials that it was supposed to have been resurfaced when the town’s car park was resurfaced but that never happened.

Engineer, John Ahern, said the Council would try to complete the resurfacing work this year. Alternatively, it will be factored into the programme of works for 2021.