Lake Kariba in Zimbabwe in the country, then known as Rhodesia, where Ken and Eileen settled down (photo: Shutterstock)

In an extract from a book on his life in Rhodesia/Zimbabwe, Ken Ryan describes living through, and serving, during the Chimurenga war and losing his Inchigeelagh-born wife at just 38

AFTER college graduation, I worked with John Sisk as a quantity surveyor in Malawi and was briefly sent to Sisk’s HQ in Rhodesia/Zimbabwe. But I returned to the country in the late sixties, with my new wife Eileen McSweeney from Inchigeelagh after our marriage in Gougane Barra in 1971.

There were 600 passengers and 300 staff on board the Windsor Castle from Southampton and on arrival in Cape Town, South Africa, we drove the 2,000 miles to Salisbury on the three-day journey. 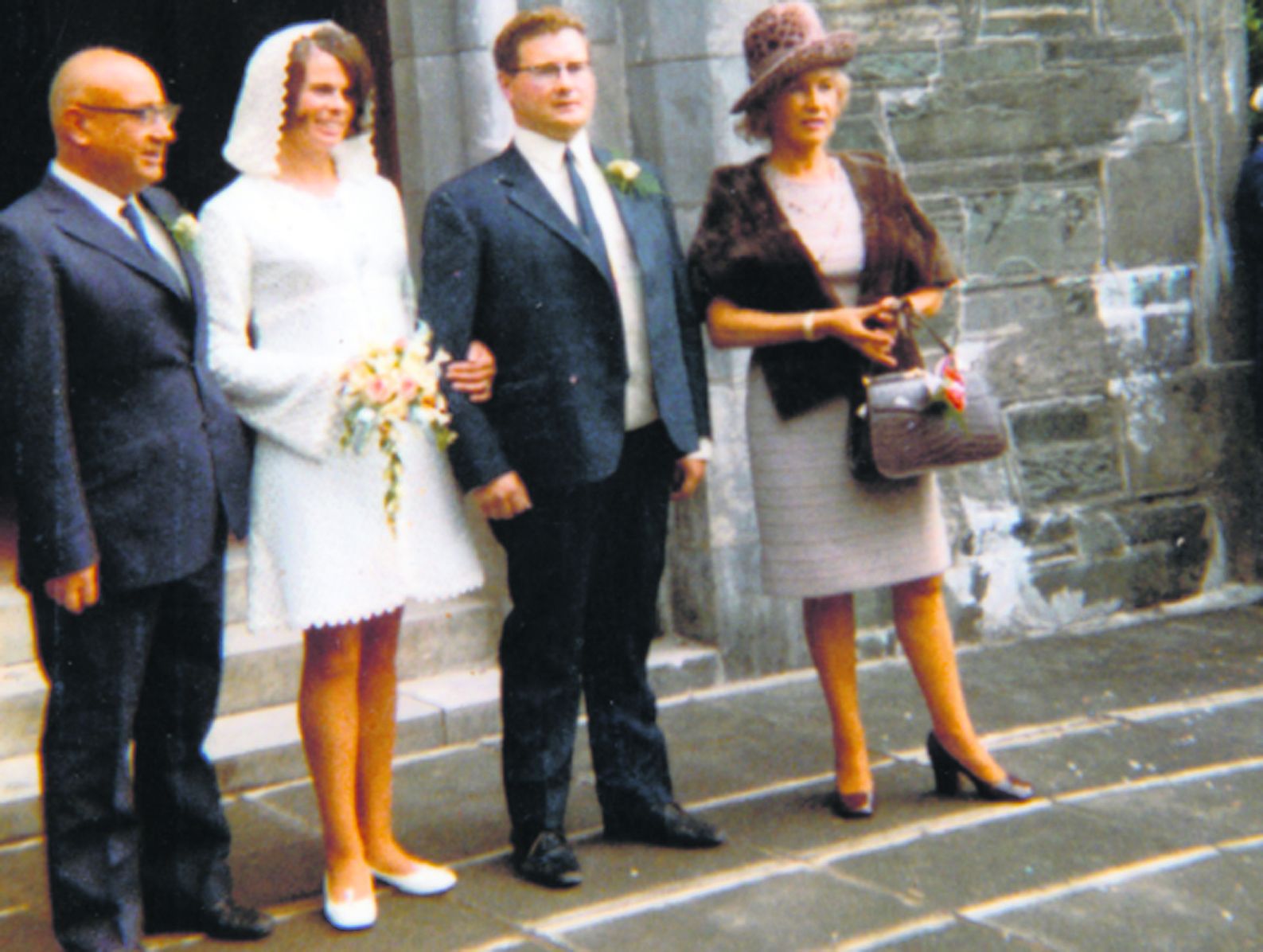 Eileen and Ken with Ken’s parents Frank and Maureen, at their wedding at Gougane Barra,the day before emigrating to Rhodesia, in 1971.

Crossing the border at Beit Bridge into Rhodesia, motorists gave us welcoming signs as ‘new immigrants’ and we proudly displayed our ‘IRL’ car stickers. We applied for various jobs but initially took the first opportunities available.

Settling into our new life in Salisbury, our ‘local’ was The Catholic Centre on Fourth Street, the unofficial Irish Club, and we were also introduced to the Mashonaland Irish Association (MIA) and attended their socials, many of the Irish we met have remained friends. I joined the committee of the MIA. On a few Sunday afternoons, when the windows of the Catholic Centre were open, the African Sung Mass in the Cathedral nearby was interrupted by the strains of ‘The Banks Of My Own Lovely Lee’ or some other lament.

I soon built a house in the leafy suburbs and every Christmas we would have a party for about 100 mostly Irish guests. 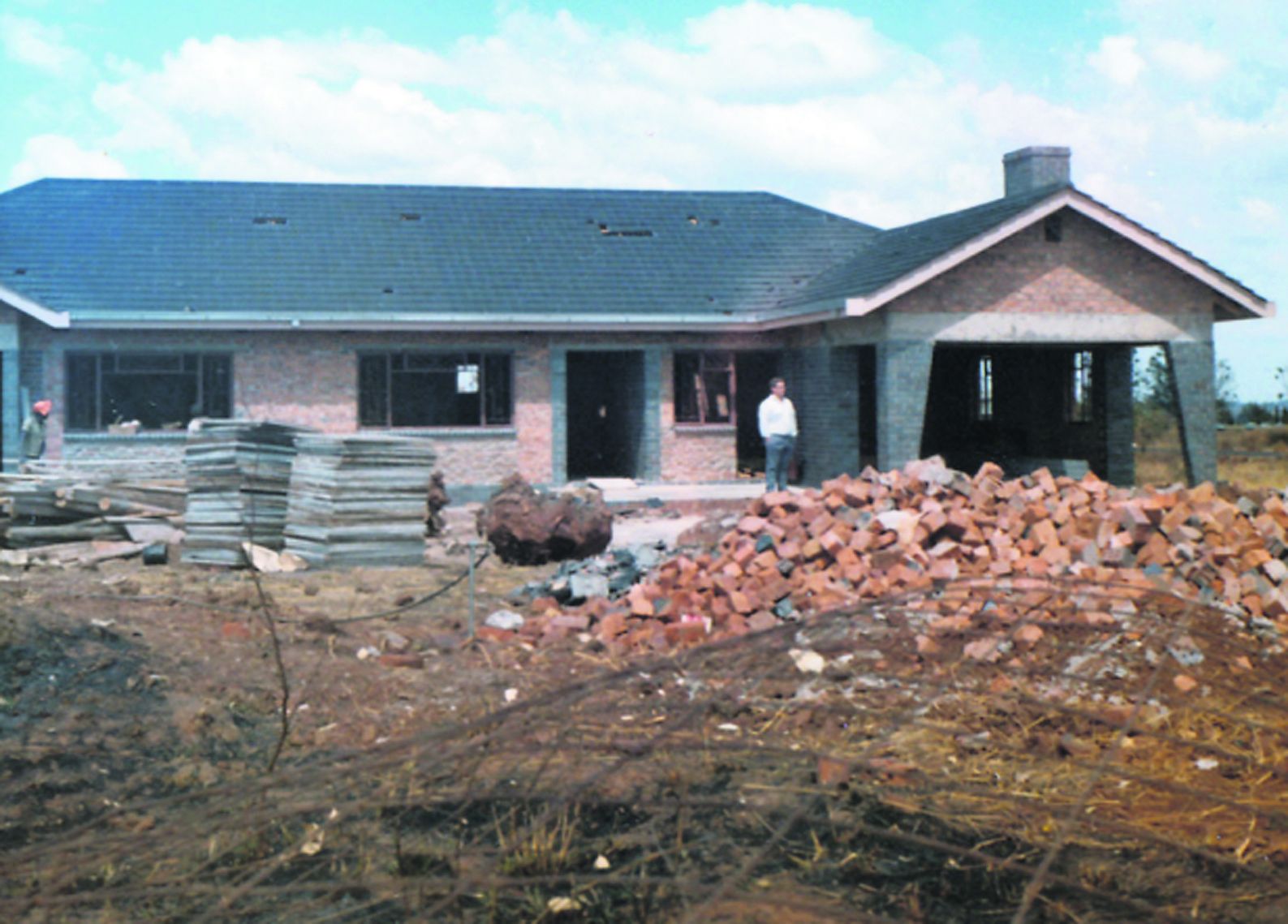 Ken outside the home he built with Eileen in 1973

Young and adventurous, Eileen and I settled in to this warm, welcoming country and enjoying working with the indigenous Zimbabwean people who shared a similar history to ourselves.

Harry and Bernard Cullinane invited me to become a partner in a construction company and soon after, Cullinane Brothers & Ryan [Pvt] Ltd. was formed. The company prospered carrying out major building works and civil engineering schemes throughout the country.  All was going well for us until on New Year’s Eve, 1974, Eileen gave birth to our stillborn daughter, Margaret. This was a devastating shock to both of us.

The ‘winds of change’ were spreading through Africa and in 1976 the Zimbabwean war for independence, the Chimurenga, raged across the country. The Rhodesian government started to call up European men to engage in this unwinnable war. They were somewhat suspicious of the Irish because of the ‘troubles’ back home and we seemed to be left out of the call-up. Eileen said: ‘The day you get your call-up papers we are outta here’. The call-up papers came and I reluctantly reported for eight weeks training and duty.

I knew some high-ranking men in the Rhodesian army from my business dealings and they would always tell us that the Rhodesians were winning the war. But Irish priests and sisters ‘on the ground’ told a different story. How could 100,000 white voters, mainly of British heritage, rule a country of 10 million indigenous Zimbabweans?

We had to serve in the army every alternate six weeks. During the other six weeks we tried to keep our construction company going. With 20,000 lives lost in the conflict, the Chimurenga was vicious and bloody and neither side played by the rules.

After independence we had a steady order-book ahead of us and my business enjoyed great success. Zimbabwe took on a new normality.

However, Eileen and I decided to return to Ireland and began selling our property and assets in 1983. Unfortunately, Eileen was not well and went from one specialist to another in Zimbabwe and Ireland. She was admitted to St Anne’s Hospital, Harare – run by the Irish Sisters, for yet another operation. I was with Eileen and tragically she didn’t make it, passing away on the operating table at just 38 years of age. Our hopes and plans were shattered, just as we were about to return home to a house in Kinsale to start a new life there. Instead, I returned home for Eileen’s funeral in West Cork.

Later in Dublin, I met up with Muriel Lowry whom I had gone out with as a teenager. She also had been widowed when her husband, a classmate of mine, died aged 38. Muriel had three children then and we were married in 1984 by Fr Sean Dunne from Zimbabwe. We moved to Dalkey and have lived there ever since. With Muriel as artistic director and me as managing director, I took over the family business, Abbey Stained Glass Studios in 1987. Later, when St Anne’s Hospital, Harare was having refurbishments, my company designed and manufactured a stained-glass window for their new oratory. We donated it in memory of Eileen.

The Mashonaland Irish Association, A Miscellany 1891-2019, edited by Joseph Woods, is published by Weaver Press, Harare.