DESPITE the best efforts of a whole raft of people a stranded dolphin off Courtmacsherry had to be put down.

Members of the Courtmacsherry RNLI tried for several hours to encourage it back out to sea. Sadly, there was no happy outcome as hours later, the dolphin was stranded once more and as darkness fell, it was euthanised by local veterinary surgeon Eamonn Guinevan.

The drama began when local lady Mary Lucey, out for an early morning walk, spotted the animal flapping at low tide. The  RNLI were despatched to the scene at the entrance to the village at around 9.45am. 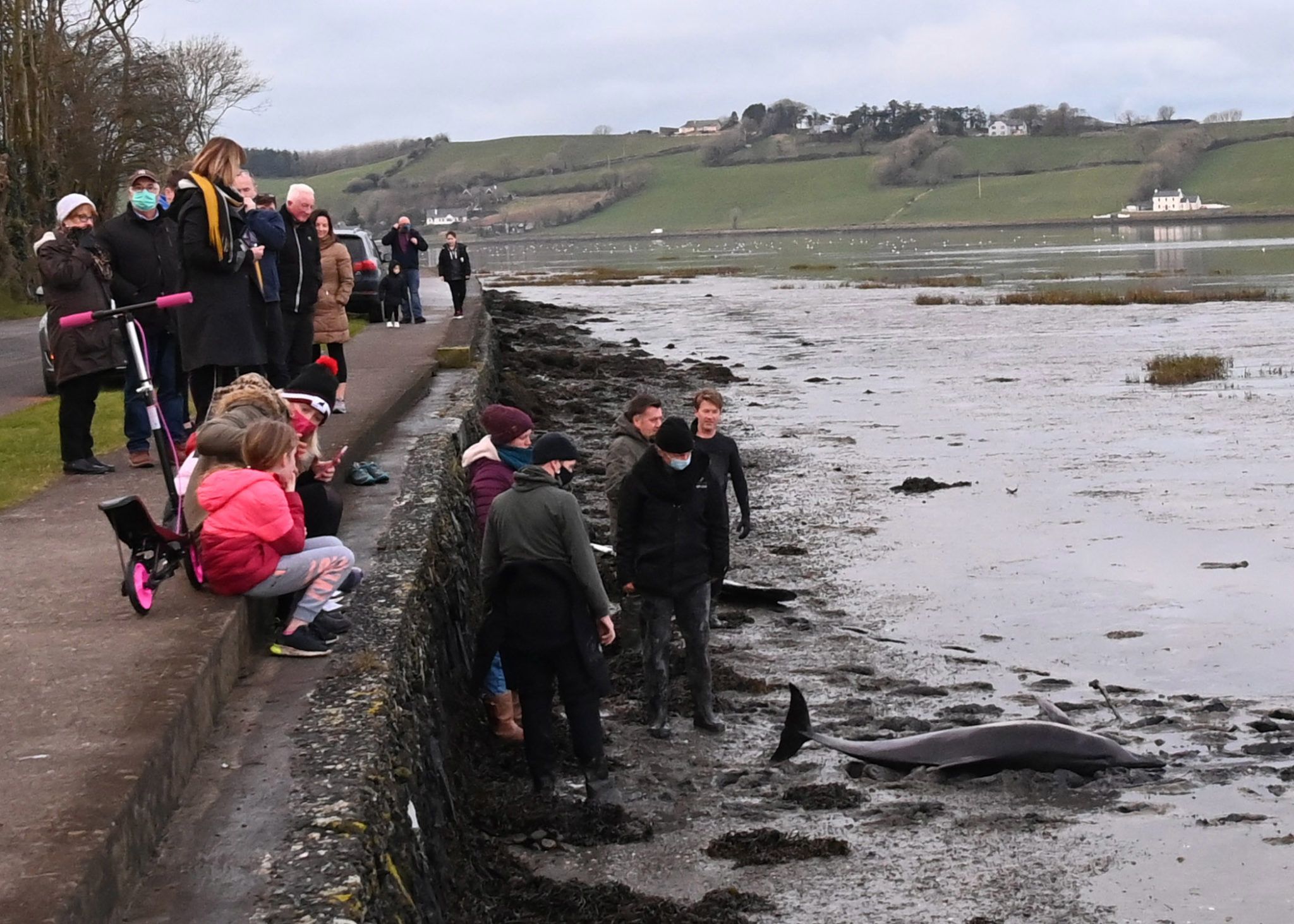 The dolphin had been beached near the wall. Photo: Martin Walsh.

Led by lifeboat mechanic, Stuart Russell, attempts were made to get the dolphin into a stream that was still relatively low in terms of water. As the dolphin was slowly guided along the stream by Stuart, the remainder of the RNLI crew sourced a small punt to assist in the process.  With marine biologists on the shore and the RNLI crew doing everything possible, eventually they had no choice only to leave the dolphin to its own devices.

Unfortunately, hours later and as the tide turned, the dolphin became stranded once more, this time about a kilometre further upstream at Abbeymahon.

Local marine biologist Dr. Susan Steele, Chair and CEO of the Sea-Fisheries Protection Authority, who joined in a private capacity and witnessed her first stranding, complimented those involved.  ‘The RNLI were just amazing and so was Cath Russell (marine biologist) and the local veterinary surgeon Eamonn Guinevan, who euthanised the dolphin at no charge.  Everyone was so kind, it was extremely humane.’

The remains the dolphin was taken to the Regional Veterinary Laboratory on Model Farm Road, Cork.