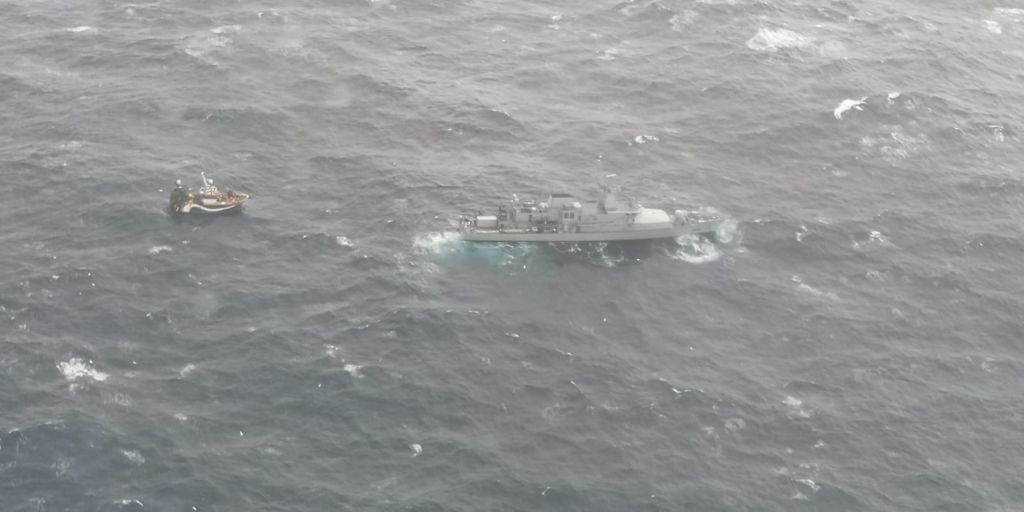 The response is being co-ordinated by the Coast Guard Rescue Coordination centre at Valentia who initially tasked a Coast Guard Helicopter to the scene. The crew declined an offer to have some of the crew evacuated from the vessel.

The situation was monitored overnight by Valentia with the LE George Bernard Shaw on scene from 9pm last night. Weather conditions overnight were challenging but the crew are reported to be in good spirits. The Castletownbere RNLI Lifeboat was also alerted and is monitoring the tow. A Coast Guard helicopter also transferred water pumps onto the vessel owing to the loss of power on the vessel.

Tow is proceeding satisfactorily and is expected to reach Bantry Bay later this evening where arrangements will be made to have the vessel taken into port. 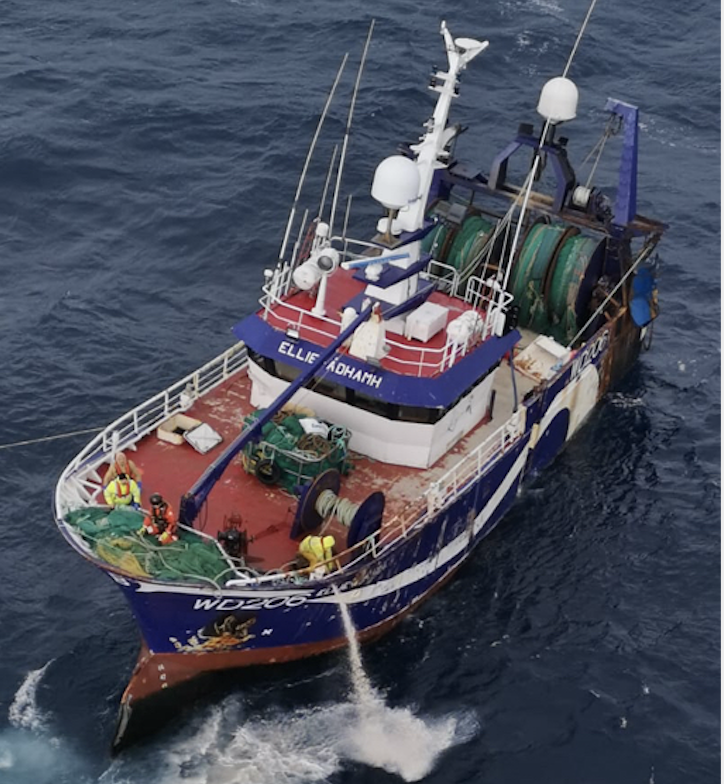 The Wexford registered  trawler, with seven crew members on board got into difficulty yesterday morning after it lost engine power. Despite repeated attempts it was unable to restart it amid poor sea conditions and was beginning to drift at sea.

The crew made contact with emergency services and both Rescue 115 and Rescue 117 were put on standby in case the situation deteriorated, while other vessels made their way to the scene to support the trawler as the crew wanted to remain with the vessel. However, attempts to tow the trawler were unsuccessful until now, due to the sea conditions and a tug that had arrived to help had to return to shore after it was hit by a large wave.

The LÉ George Bernard  was tasked by the Irish Coast Guard (IRCG) to tow the trawler.