Kinsale: the town is gearing up for the centenary of Lusitania's sinking in May

KINSALE'S museum is in urgent need of funds for repair and staffing, as several tourists were turned away as it closed at lunch-time last summer, a deputation told the District meeting in the town recently. 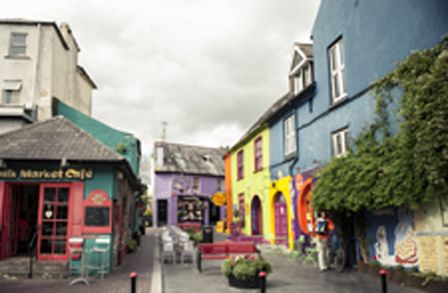 Kinsale: the town is gearing up for the centenary of Lusitania’s sinking in May

KINSALE’S museum is in urgent need of funds for repair and staffing, as several tourists were turned away as it closed at lunch-time last summer, a deputation told the District meeting in the town recently.

Members of the Bandon Kinsale Municipal District of Cork County Council heard a number of issues affecting townspeople in the tourist town, which need addressing.

Among the items mentioned by the delegation – of Terry Connolly, Patricia Canniffe and Noel Harrington– were the preparations for the Lusitania centenary in May, the need for name plates on streets, and a plan to highlight the town’s historic battle site.

‘The site needs development, there has been little done to promote it,’ said Mr Connolly, a member of the town’s historial society, referring to the famous location of one of the most important battles in the Europe of its time.

Patricia Connolly, a volunteer in the town’s museum, said it was ‘very sad’ to see the building’s condition.

‘We almost had to close it down on one very bad rainy day last year as the the rain was pouring straight in,’ she said, adding that the lunch-time closing meant a lot of people were turned away.

With the centenary of the Lusitania approaching, the museum badly need refurbishing, she said.

A curator and an archivist were both needed, she added. ‘There is a lot of good stuff there that isn’t being displayed at the moment,’ she added. ‘We are hoping you can help us,’ she told the councillors.

Former councillor Noel Harrington said there was a good bus service now from Cork, able to bring plenty of visitors to the town, which has huge tourism potential.

But the museum needs urgent attention, he pointed out.

‘The volunteers have been doing a great job but there is a need for a full-time curator and extra staff, possibly through a TUS or similar scheme,’ he said. And he added that many unique name plates were missing such as on Long Quay and Fisher Street.

When he was on the Council, €35,000 had been allocated to public toilets, he said, and they should be open all year ‘round, and he also suggested the Cork bus should stop at the Centra supermarket to ‘make the town more visitor friendly’.

Other items mentioned by Mr Harrington included the possibility of Kinsale being a venue for the National Famine Commemoration in 2017 and also the issue of the Southwell Gifthouses.

‘The future of the Gifthouses is in doubt at the moment and we ask that your authority investigate the possibility of them being preserved for social housing in public ownership,’ he told the meeting’s chairman, Cllr Kevin Murphy.

The meeting also discussed the possibility of strengthening the links with the town of Newport, in Rhode Island, which is one of the towns that Kinsale is twinned with.