OH, the sweet smell of freedom. The highways and byways snaking around this Emerald Isle are only waiting to lead us off to faraway climbs. Exotic places we forgot even existed like Inis Mór, Tramore, Newcastle West ... Did you ever think you’d be so excited about the prospect of a day trip to Longford?

With the vaccine rollout picking up pace weekly and Monday’s easing of restrictions, you could forgive our dear leaders for taking a moment in the sun to perhaps reflect on their success over a takeaway box of spicy wedges and a tin of Lilt.

And it’s round the houses ... all over again

If anything, though, the government got a timely reminder this week that there is a wave of mounting challenges on the horizon in the wake of the pandemic.

Fianna Fail’s Housing Minister Darragh O’Brien would have been hoping for a more positive reception to his Affordable Housing Bill, the State’s latest attempt to intervene in Ireland’s batshit-crazy residential property market.

Many will rightly point out that the Bill is the most wide-ranging, interventionist legislation of its kind in many years, but many economists are doubtful about its ability to solve the crisis, saying it will only serve to inflate prices even further. In effect, it may only tinker around the edges of the inexorably expanding pyramid.

In this context, the news that an institutional investment fund called Round Hill Capital had acquired the majority of the 174 houses of a new estate in Maynooth, effectively shutting out first time buyers, couldn’t have come at a worse time for the housing minister.

With Generation Rent now washing their hands entirely of the mainstream parties, O’Brien now finds himself in his own version of cloud cuckoo land, having to undergo the added indignity of explaining himself to the Fine Gael parliamentary party on May 19th, which is rich, given the policy is essentially a legacy of Blueshirt fiscal policy in the first place.

The problem is, you can’t keep living off past glories from the 1960s like some ageing junior football team, especially when all the under-40s remember you for is Celtic Tiger ghost estates and the bankruptcy of the State.

You get the sense that their next moves will need to be truly bold and properly radical to have any hope of bringing the under-40s back onside again, especially when Sinn Féin are licking their lips on the sidelines. 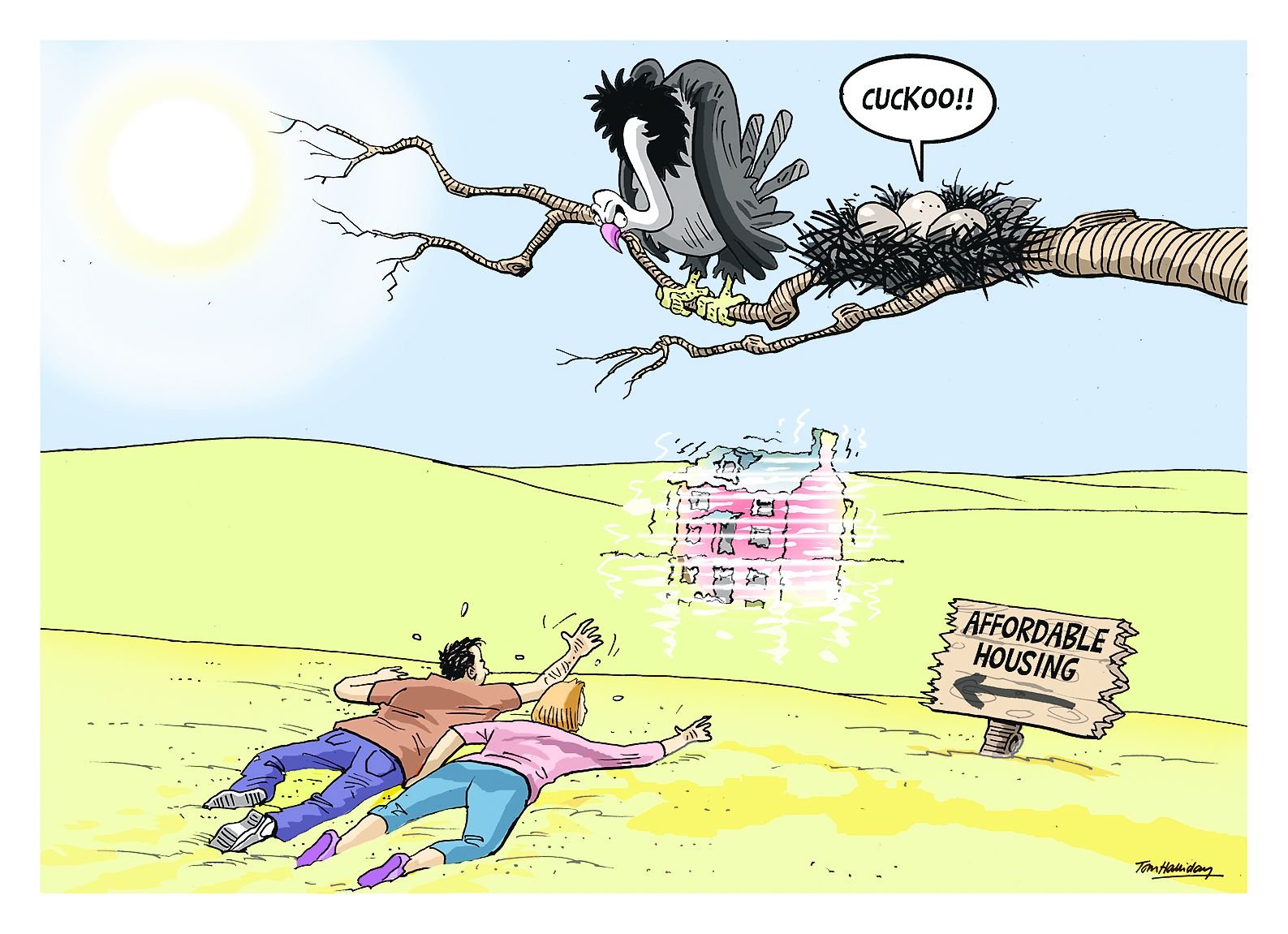 The chattering classes in Dublin went into chattering overdrive last week after it emerged that Irish Independent columnist Eoghan Harris had been sacked from the newspaper for his alleged involvement with the fake Barbara J Pym Twitter account, and a number of associated accounts, which were used to send critical tweets to journalists and academics they considered ‘soft’ on Sinn Féin.

Each unconvinced ‘hmmmmmmm’ from McInerney landed like a tiny hand grenade.

Her pithy line ‘Eoghan, would you stop the nonsense?’ was delivered with the tired disdain of a parent reprimanding a bold child flopping around on a supermarket floor.

Faced with Harris’ growing ire and frustration, McInerney proved that there are many ways to skin a cat, one of which is to keep asking basic questions in a calm, composed manner, until the cat sets about skinning itself in front of you.

Whatever your views on Harris or his column, I have to say I found the whole furore quite sad.

Having been on the receiving end of the occasional pile-on from the Wokus Dei new puritans of Twitter, I wouldn’t wish it on anyone.

But I find it hard to fathom how a writer of his stature could be drawn into that sort of anonymous online turf war, usually the preserve of pimpled teenagers logging on from their Mammy’s garages.

If anything, it’s yet another example of how social media has coarsened our public debate and how it tends to turn us all into less compassionate caricatures of ourselves if we allow it to.

It’s easy to forget that there are real people, real lives and real consequences behind the things we write so freely on the pub toilet door that is the Internet. A cautionary tale, indeed.