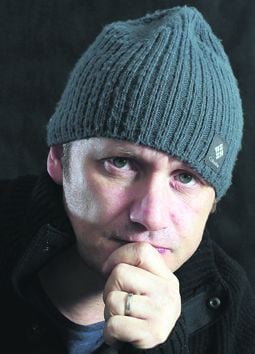 Lenny Abrahamson: will be heading for Schull in May. (Photo: John Carey)

THE Corona Fastnet Short Film Festival, based in Schull, has been invited to London in February by both the Irish Ambassador to Britain, Daniel Mulhall, and by the British Film Institute.

The Ambassador will host a reception for the festival at the Embassy in London on Thursday, February 10 for over 150 guests, to promote the festival and to introduce it to the Irish community in the UK.

It is a huge coup for the modest Cork festival, which is now a five-day event in May, playing host to in excess of 300 short films.

It hopes to screen all of the short films entered into competition in as many different venues throughout the village as possible and to have them available for wi-fi viewing on smart devices within the network of Schull.

The Fringe element will have a full programme of events for children of all ages.

Irish comedy-drama Frank, directed by Lenny Abrahamson, and premiered at the 2014 Sundance Film Festival, will be screened at this year’s festival.

It stars Michael Fassbender, Domhnall Gleeson and Maggie Gyllenhaal. Lenny has just returned from the US having finished shooting the screen adaptation of Emma Donoghue’s 2010 novel ‘Room’. He will take part in a post-screening Q&A in Schull in May.