Postman Leo O’Neill has been working in the post office service for the last 41 years. (Photos: Anne Minihane)

‘VERY chatty. Very kind. A good character. Someone who knows how to have the craic and tell a few stories. He’s your ideal postman.’

That was one local person’s description of Leo O’Neill who retired on Friday, October 9th after 41 years of service with An Post, 33 of which was in Union Hall.

‘He was a great asset to our community especially during lockdown when he provided a link to the community for those living on their own,’ Pamela Deasy told The Southern Star.

Leo brought groceries to those who needed them. Medication too. And sometimes he’d just check in on people to make sure they were okay.

An Post’s public affairs manager, Angus Laverty, concurred saying: ‘Leo was an exemplar of a local postal operative – someone who brought much of his personality to the job, and the service he provided the community.’ 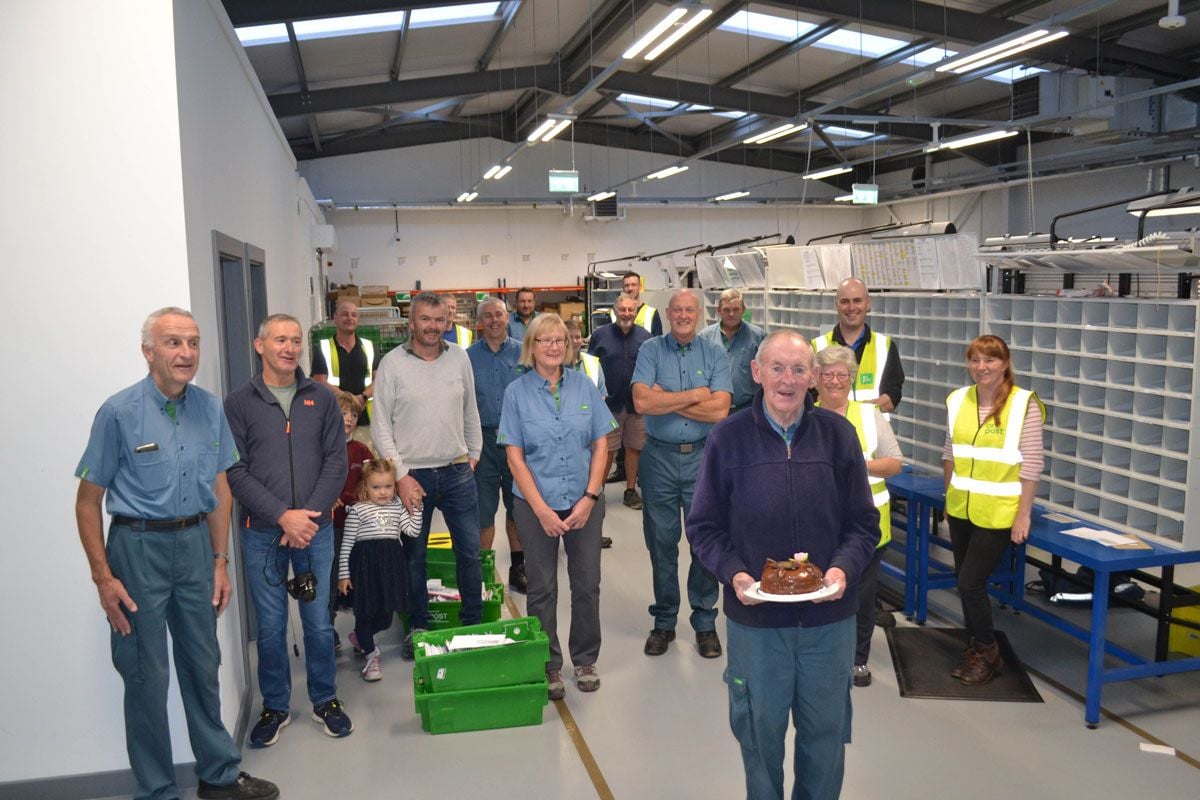 Leo with his An Post colleagues at the parcel centre in Skibbereen on his last day.

Raymond Hayes, An Post’s delivery services manager in Skibbereen, said, ‘It was always a pleasure working with Leo. He set us all an example with his dedication and hard work.’

Leo has seen a lot of changes over the last four decades, but he adapted professionally every time. He saw the buildings and service become more modern yet the essence of the job remained the same.

The worldwide pandemic is, however, starting to impact on that. Leo admits the job is getting harder because so many people are shopping online and parcel post is going through the roof. Things did ease a bit after the initial lockdown, but already the Christmas rush has begun.

Leo said he thought he’d be emotional on his last day, his birthday – a fact that, unbeknownst to him, was conveyed to all and sundry via the bush telegraph.

As it turned out, his last day proved to be an ‘extremely happy’ occasion. Leo said it was wonderful to see so many cards in peoples’ windows and signs on all the post boxes.

The children at Scoil Naomh Bhríde gave him a guard of honour, and everywhere he went people asked him to pose for photographs.

‘There was a lot of positive feedback from the community,’ said Leo, a man who prides himself on being punctual, but on this day ran late.

Retirement has come at a good time for Leo. ‘Lockdown was hard. We had to watch every move we made and take all the precautions,’ he said. ‘It was the strangest of all times and it still is.’

Now happily retired, Leo said: ‘I will have no trouble filling my days. No trouble at all.’ He plans to indulge his passion for gardening at home in Beechmount, Coronea in Skibbereen. And – as for his 18-month-old grandson Connor – Leo said: ‘Now, I’ll have time for him too.’