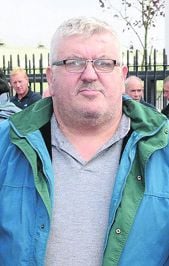 ICSA suckler chairman Dermot Kelleher has welcomed the publication of a booklet on land eligibility by the Minister as ‘recognition of the huge ambiguity and subjectivity governing the question of land eligibility in recent years.’

He added that the controversy over LPIS over-claims and threats of legal action were forcing the Minister to take action, but he warned that farmers who had suffered huge and unjust penalties due to so-called LPIS overclaims could not be forgotten about.

‘ICSA is calling for refunds for all farmers who have been penalised on foot of so-called overclaims under the LPIS review due to the uncertainty around ineligible area. The new booklet requires 29 pages to make an attempt at defining what is eligible and what isn’t, yet last week the only available guide on the Department website consisted of a three-page document.

‘Clearly, the new booklet demonstrates how inadequate the advice and guidance was under the Single Payment Scheme in recent years. The question must be asked whether the Minister now admits that neither farmer nor agricultural advisor could have been expected to interpret a subjective and unclear set of guidelines.’

However, Mr Kelleher said that ICSA was not fully satisfied with the new booklet. He said that there were still areas of considerable doubt and contradiction: ‘Are rushes eligible or not?’ he asked.

w‘There are several photos of rushy fields. Three photos illustrate the confusion where rushes can be (a) eligible, (b) not eligible or (c) eligible, but requiring ongoing management to avoid becoming ineligible!’

Mr Kelleher also said that ICSA believes the overclaim penalty system is completely outrageous and unjust and should not apply to subjective decisions on land eligibility at all: ‘When you see the level of difficulty in defining whether marginal land is eligible or not, it is a complete travesty that a 20% overclaim leads to a 100% penalty or that a 3% overclaim leads to a treble penalty.

Mr Kelleher concluded by saying that he hoped the Minister would move to clear up anomalies and to fight at EU level for justice for farmers and, moreover, that he would review the unfair penalties imposed by the 2013 LPIS review.