Kinsale firefighters paying tribute at Ringfinnan garden to the 343 firefighters who lost their lives in the 911 tragedy in New York. Photo: Brian Lougheed

THE tragedy at the Twin Towers in New York on September 11th 2001 was recalled at a moving commemoration held at Ringfinnan Remembrance Garden outside Kinsale last Saturday.

At the same time as the second plane hit the tower in 2001 – 1.46pm – a small crowd began gathering at the beautiful garden created by former New York City nurse Kathleen Cait Murphy.

Ms Murphy organised the planting of 343 trees at the site, one for every fallen New York Fire Department firefighter, and her friend Fr Mychal Judge, who was the FDNY chaplain.

The guest of honour last Saturday was acting deputy chief of mission at the US Embassy in Ireland, Chris Wurst, who thanked the family of Ms Murphy for maintaining the beautiful and peaceful space, which is on a hill overlooking the River Bandon. 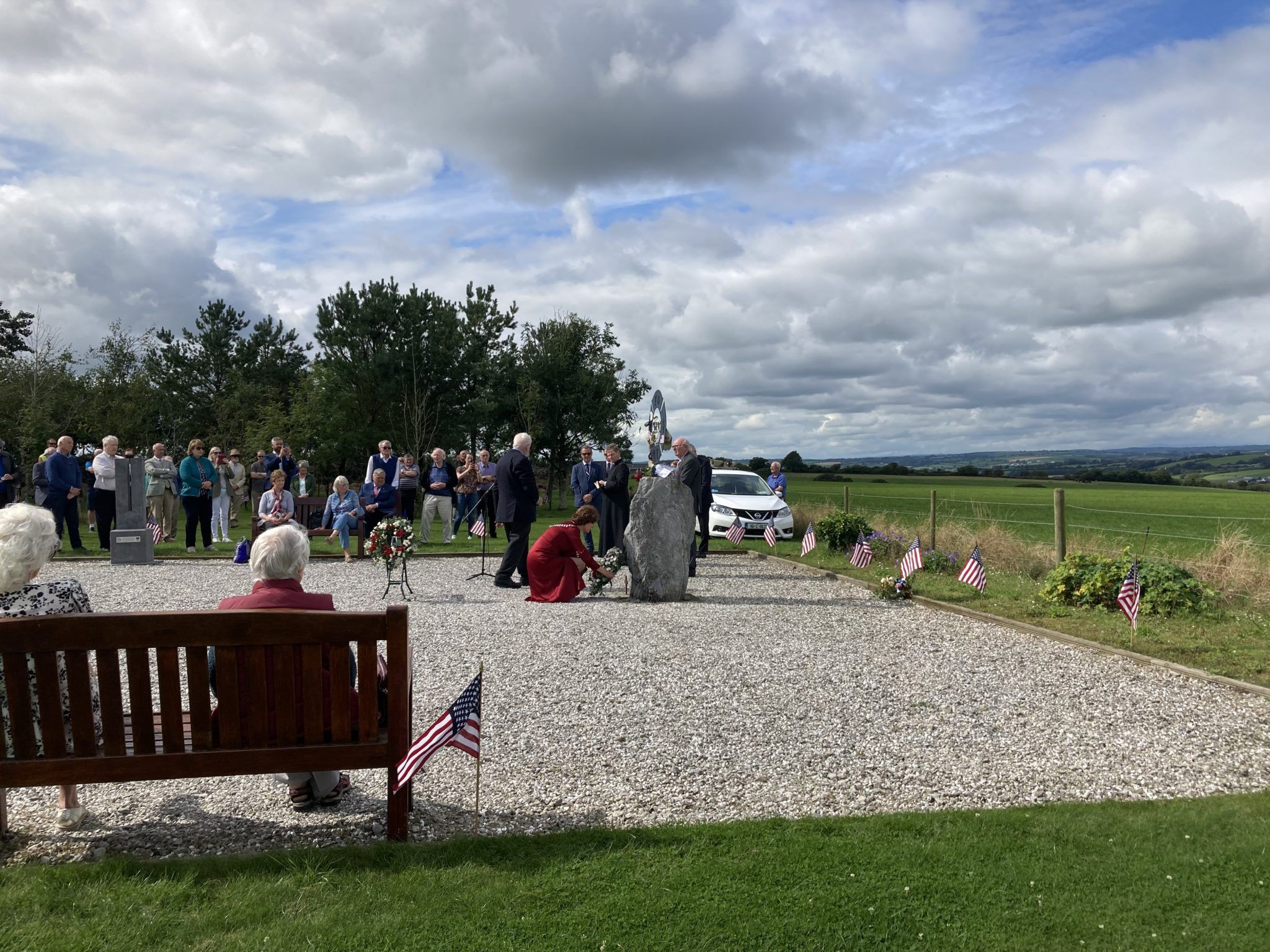 He noted that 18 Irish citizens had lost their lives in the World Trade Center attack, along with countless US citizens of Irish descent.

Many more Irish had responded in the following days, working in various emergency services in the city, he added, so the tragedy of the day was very strongly felt in Ireland, too.

County mayor Gillian Coughlan also spoke at the event, and said the ‘beautiful retreat’ would ensure those firefighters who had lost their lives in the tragedy would never be forgotten in Kinsale.

She quoted former US Senator John Kerry who said that it was America’s worst day, but it brought out the best in people.

The commemoration was also addressed by Ms Murphy’s cousin, Virgil Horgan, who has helped to keep her memory alive by continuing her dream of the remembrance garden. There were also prayers said by representatives of the Catholic and Church of Ireland churches. 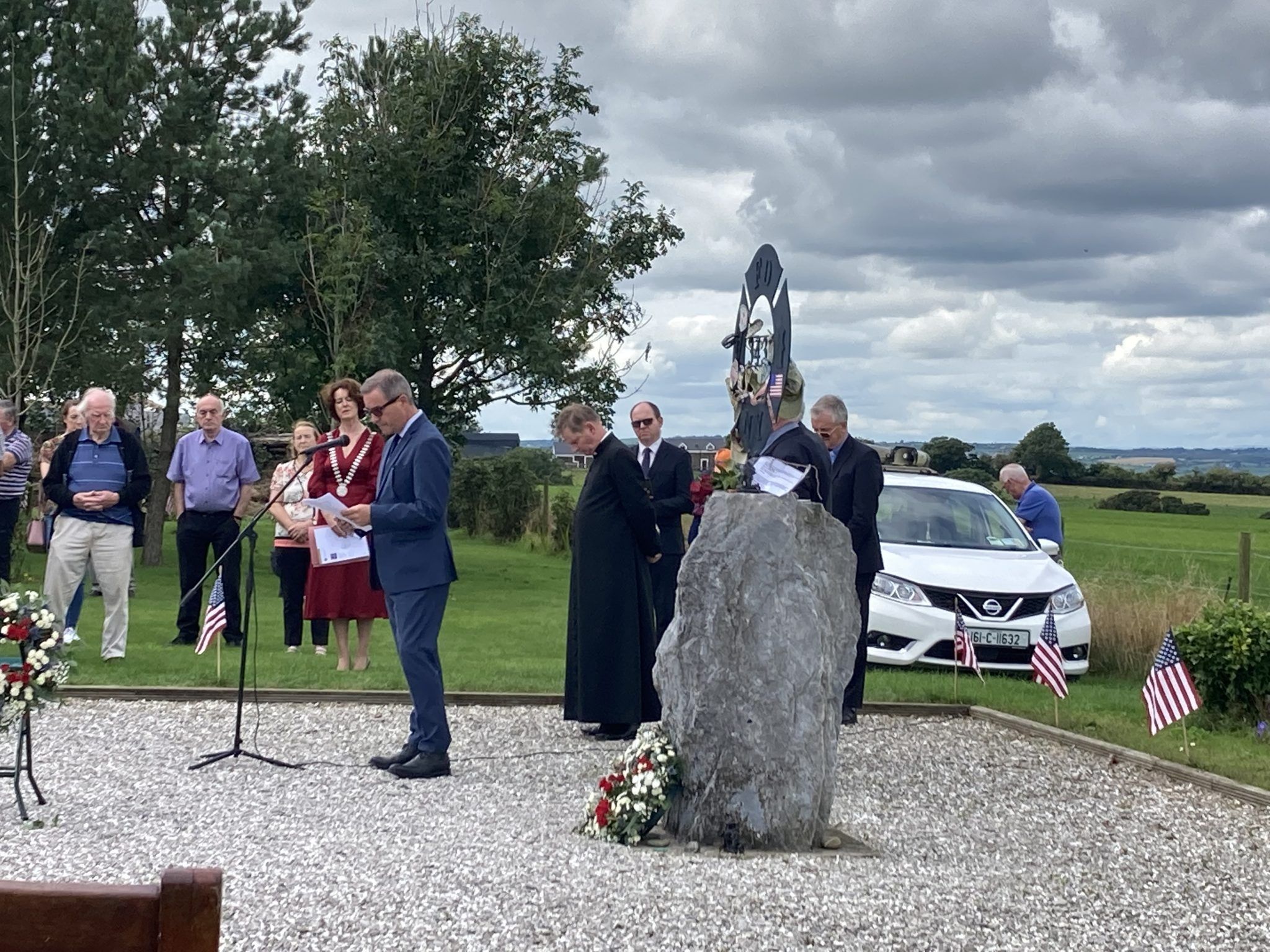 Chris Wurst of the US embassy addressing the gathering at Saturday’s commemoration.

TDs Christopher O’Sullivan and Michael Collins were in attendance, along with Senator Tim Lombard, and a number of local councillors.

Foreign Affairs Minister Simon Coveney sent regrets at not being able to attend, as did Taoiseach Micheál Martin, who MC Dermot Ryan explained, was on ‘important government business’ at the time. A recorded message from Deputy Martin was played to the gathering, and the national anthems of both the US and Ireland were sung at the event.