The Beara Peninsula: The ‘blow-in' term – close to the lips of many in West Cork - is used to brand people who were born far from the sight and light of the Fastnet Rock. 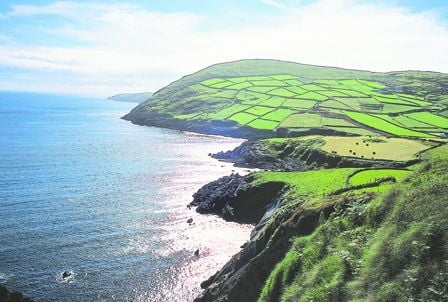 The Beara Peninsula: The ‘blow-in’ term – close to the lips of many in West Cork - is used to brand people who were born far from the sight and light of the Fastnet Rock.

AS we all know, there are many words and phrases once used in common conversation that are no longer considered acceptable in a polite and politically correct society.

Internationally, the infamous ‘N’ word is one that springs to mind. Here in Ireland, that other ‘N’ word and its travelling companions ‘G’ and ‘I’ are others.

Just as President Obama believes that the Confederate flag should be withdrawn from use in American society, charging that it properly belongs ‘in a museum’, there is a term commonly used in these parts that surely merits a similar fate.

That term – close to the lips of many in West Cork - is one used to brand people who were born far from the sight and light of the Fastnet Rock. That term is ‘blow in’.

I was in a local shop recently when I overheard the proprietor and a customer engaged in animated conversation. Things were progressing in a pleasant, humorous, even-handed fashion, with no side giving way to the other.

Then suddenly, just when it appeared that the debate would end as a scoreless draw, out it came: Like a poker player laying out a winning hand, the shopkeeper delved into his treasury of phrases to exclaim: ‘Ah! But you’re only a blow-in’.

Suddenly, as if by magic, the world had been put to rights. The native had holed the interloper below the water line. The subtle difference between them had been exposed and there was nothing the out-of-town man could do about it. He WAS a ‘blow-in’.

In this particular verbal jousting match, the man born in the shadow of Mount Gabriel had given himself the upper hand. The man from elsewhere was just that ... from elsewhere. He had been faced down by a fact that he could neither alter nor erase.

I pondered the phrase, asking myself if the term ‘blow-in’ could be considered in the same light as ‘Cockney’ – a native of East London said to have been born within the hearing of Bow Bells. More to the point, I wondered if it is just an innocent form of shorthand or could it have another, less acceptable purpose?

Like the colour of one’s skin, one’s sexual preference or one’s religious belief – we remember terms like ‘left footer’ and ‘souper’ - is it used to reduce the person not born locally to the status of some lesser being?

I have travelled Ireland widely, and lived in some places too, and seldom have I heard the term used to the extent it is in West Cork. Here, it has an appeal that I have never noticed elsewhere.

From conversations I have had with commercial interests locally, the contribution that ‘blow-ins’ make to the economy in Bantry, Skibbereen, Clonakilty and elsewhere – be they resident or just passing through – is quite significant.

Therefore, if this article has any purpose it is to suggest that people generally – and shopkeepers in particular – should be a touch more circumspect when addressing others as ‘blow-ins’, however affectionately it may be expressed.

Often, it is they who help fill the pubs and restaurants when trade is slow. Often it is they who commission local craftsmen and trades people to do their bits and pieces. Often it is they who blow back in to fill the barber’s chair, or get their tyres repaired, or pack their supermarket trolleys –not least in the dark months of winter when many who are not blow-ins have gone to work abroad and brought their spending power with them.

Allowing that we are all born somewhere, how are those Irish children unfortunate enough to have been born abroad ever to shake off the fear that some might see them as a lesser class?

‘Hurry home quickly and acquire a local accent’ would be my advice.