The Minchos Octavo has been brought to Castletownbere. Photo: Marinetraffic.com 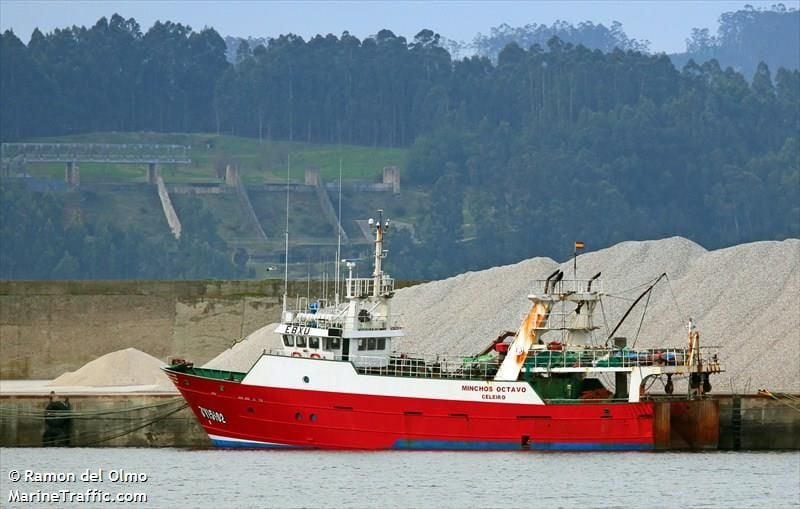 The Minchos Octavo has been brought to Castletownbere. Photo: Marinetraffic.com

A FISHERMAN who had sustained injuries onboard the vessel, the MFV Minchos Octavo, was brought to Castletownbere this afternoon, suffering from concussion.

Irish Coast Guard rescue helicopters had attempted to airlift the fisherman from the Spanish trawler but high winds and seas hampered the rescue mission on two occasions.

The incident happened off the Mizen Head and the trawler eventually arrived in Castletownbere.

An oil tanker in the area was believed to have changed direction to come to the trawler's aid also in early mid-morning.

Once the trawler arrived in Castletownbere, a waiting ambulance transferred the casualty to hospital.