Skibbereen journalist Grinne McCarthy, based in Paris, reflects on how the city - an iconic symbol of romance - is now a changed place since the Charlie Hebdo attack 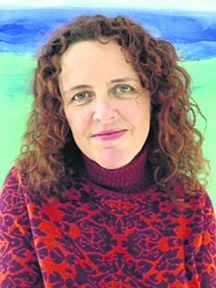 THE morning after the deadly terrorist attack on Charlie Hebdo, I brought my children to school as I do every day.

Bleary-eyed from lack of sleep, I thought it best not to explain to my four and five-year olds why I was at work until the early hours of the morning: two men had killed 12 people in a bloody rampage at the offices of the satirical newspaper.

As a journalist for an American newspaper myself and the boss of a team of reporters in Paris, I was in the middle of one of the most challenging stories of my life.

When we arrived at school, however, it was clear that something had changed.

Instead of bringing them up to their classes at their French pre-school as I do every morning, teachers ushered children into the big hall downstairs. Some little ones cried, not understanding. Parents were asked to promptly leave. Adults would not roam unaccompanied in the school that day.

Maybe it was the lack of sleep, but seeing the tighter security at my children’s school shook me a bit. My personal and professional lives had collided.

Around the same time that morning, another gunman would appear at a traffic accident and shoot a municipal policewoman. Police initially said it wasn’t connected to the Charlie Hebdo attacks.

In fact, it was worse, if that is even possible. The policewoman was killed by the same man who, the next day, would take hostages in a kosher supermarket in eastern Paris, as shoppers picked up supplies for the Jewish Sabbath. Four French Jews were killed.

The Koauchi brothers, who by then were the clear suspects in the Charlie Hebdo attack, were holed up in a print facility at the opposite end of town and had apparently also taken hostages. The emergence of twin hostage crises was deeply unsettling for this city, which was starting to feel like a war zone. I quickly checked that my kids made it home from school all right.

Here in Paris, the reality is that everything has changed. Le Monde, one of the country’s main newspapers, called the attack on Charlie Hebdo ‘France’s September 11’.

Images of one of the Koauchi brothers, native-born sons of France, nonchalantly killing police officer Ahmed Merabet as they fled the Charlie Hebdo offices, are now engrained in the collective consciousness.

So is the scene of French police raiding the kosher grocery store, with the door slowly rising open to reveal the horror of dead hostages.

In a country where law and order TV shows are hugely popular, scenes of hoards of heavily armed police storming two hostage sites in different parts of the city seemed too surreal to be true.

The winter sales are in full swing, but visiting department stores now involves walking past police and having your bag checked by private security guards. Parents take their children to Jewish schools past armed police who are also overnighting outside.

I have some experience with cities on edge. I was in the World Trade Center on September 11 and lived in that neighbourhood for several years afterwards, bearing witness to New York’s pain, anger and slow rebirth. The Big Apple’s response made me proud to be an honorary citizen.

I haven’t lived here long enough to claim any kind of honorary Parisian status, but the show of solidarity with the victims of the Paris attacks has been powerful, defiant and truly moving. In particular, the huge rally in the bitter cold that Sunday has given a lot of people hope.

I initially thought not telling my kids about any of this was the right approach. We didn’t want to scare them. But children can be incredibly perceptive and I felt they knew something was wrong. They cried as night after night, their mum missed bedtime.

So I attempted to explain what happened. It goes something like this: Mama is working a lot because some bad men killed some good people. I work for a newspaper and we need to tell their stories. Where are the bad men now? They are dead. Who killed the bad men? The police. Are the police good? Yes.

Many good people walked on the streets of Paris because they believe what these men did is wrong.

The conversation gets more difficult, however, when it comes to something we all know is a risk: are there more bad men and will the police get them?