Folks, we could be living through the golden age of invitation refusal in Ireland.

With the events of the past week, surely there’s never been a better time to respectfully decline that invitation to your second cousin’s baby naming ceremony in the depths of Fermanagh? The DUP, it seems, aren’t the only people who can say a blanket ‘No’ anymore.

This is mostly thanks to Covid, of course, when smaller weddings and gatherings have become more acceptable. I think we’re all a bit more precious about our time and how we like to spend it. Sitting in some hotel function room listening to someone making a hames of a best man’s speech is a struggle enough when it’s someone you know and love. Having to sit through it when you barely know the people is another story altogether.

And our good President Michael D, who is the President of Ireland – not the Republic of Ireland, let me be very clear about that – has made refusing invitations even more socially acceptable this past week.

In this case, it was a church event to celebrate the centenary of Northern Ireland and his use of the pithy phrase ‘I’m not in a position to attend’. What a beautiful little scud missile of understatement that is.

However, I imagine that the last thing the President intended was a furore on the scale that emerged in the wake of his refusal to attend the proposed ecumenical commemoration of the partition of this island.

He surely must be quietly wincing at the extent to which Sinn Féin has been able to use the rebuke for their own political ends.

Whatever your view on his reasons, and the public view would seem to overwhelmingly back Michael D, unionists must be looking askance and viewing his response, and the public mood down south, with a keen sense of dread.

There is a general sense that history is closing in on Northern unionists, with tensions over Brexit and the ‘Northern Ireland protocol’ exacerbating a likely shift in the voting majority. It would be a big mistake to push them into a corner. We all know where that ends.

If the Queen can lay a wreath in the Garden of Remembrance, which commemorates those who died in the struggle for Irish Independence, then surely an accommodation in wording could have been found between the President’s diplomatic staff and the event organisers to avoid the almighty kerfuffle that has come to pass?

Of course, the next political hot potato will be whether the Irish government sends a representative to the service. This would surely be seen to undermine the President.

If I was advising them, I’d tell them that a sense of humour always goes a long way in these matters. How about sending Katherine Zappone for the craic? 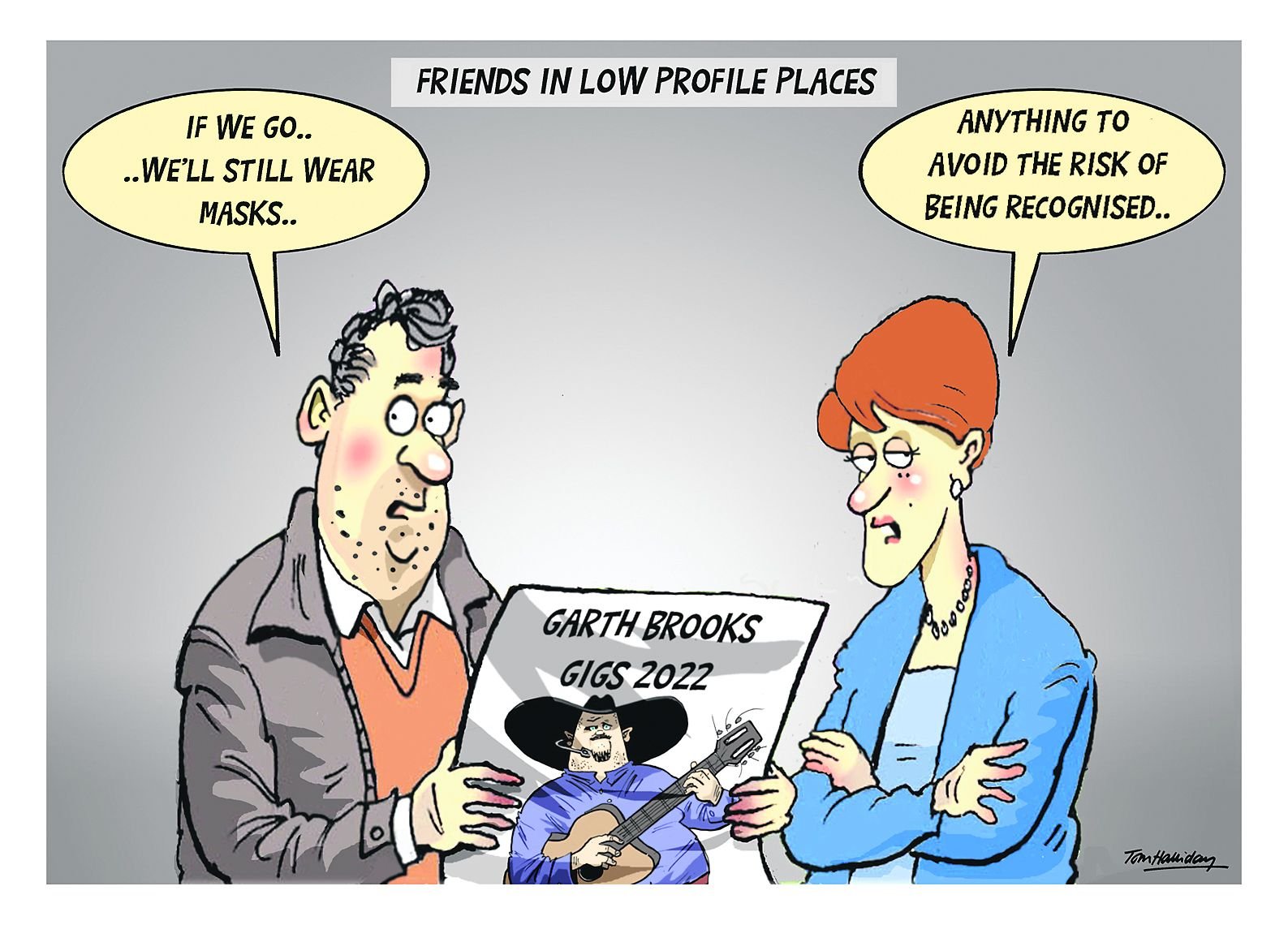 Sailing close to the wind

IT’S been an emotional week for the merchant princes and princesses of Leeside. There wasn’t a fillet steak braised on the Blackrock Road all week, such was the tension regarding the fate of Cork’s bid to host the America’s Cup, a kind Sunday Times Rich List on the water.

The bid could still go Cork’s way, but Catherine Martin as the Minister For Tourism, Culture, Arts, Gaeltacht, Sport, Media (and Boats) currently holds all the cards.

In normal times, you get the sense The Greens wouldn’t touch this one with an ecologically-lumbered barge pole, but people are making a sound business case for what it might do for Cork city, and by extension West Cork.

Poor Simon Coveney has had to remain relatively tight-lipped, given the torrid month he’s had.

Fine Gael are already struggling with accusations of being ‘out of touch’. It would arguably be harder to find a more out-of-touch sporting event.

Coveney knows how to play the long game, of course.

It’s been a brutal, bruising few weeks for Fine Gael but who knows what sort of political landscape we’ll see by 2024?

Coveney could well be opening the event as Taoiseach that year, and swanning his way around Cobh harbour with his Helly Hansons on.

C&W alliance is back!

Stetsons and cowboy boots at the ready!

In what felt like a post-Covid Bobby-Ewing-in-the-shower moment, it was announced last week that Garth Brooks is planning a five-concert run in Croke Park next year.

I’ve spoken at length in this column about the opportunities presented by the pandemic to change our ways for the better.

This is a sobering reminder that some problems – in this case the questionable musical tastes of much of the Irish countryside – are so deeply entrenched as to be utterly incurable.

We’d have more hope of changing the DUP.

As I live within earshot of Croker, I’m already planning an escape back west that week.

The thought of hordes of line-dancing Brooks fans gathering outside the house like a country and western version of Night of the Living Dead is simply too terrifying to contemplate.

I will not be in a position to attend.