GRAHAM Norton's participation in a charity walk on Sheep's Head resulted in a massive boost for the event, the organisers have said. 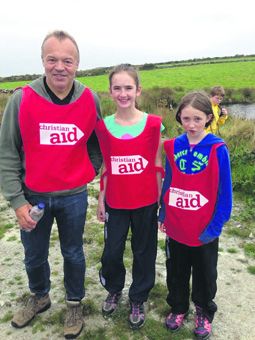 GRAHAM Norton’s participation in a charity walk on Sheep’s Head resulted in a massive boost for the event, the organisers have said.

A €6,500 cheque was presented to the charity on the remote peninsula in West Cork – thanks to the hard work of 165 walkers, which included BBC TV chatshow host Graham Norton.

Graham, who has a home in nearby Ahakista, pulled on his hiking boots and joined in what has become one of the most popular fundraising walks of its kind in West Cork.

The popular presenter took part in the Christian Aid Sheep’s Head Hike, walking 6km with local people for several hours through some of west Cork’s most glorious countryside. His involvement helped to raise the largest amount ever in the walk’s six-year history – €6,500.

The money will help fund everything from schools to women’s projects and water systems in one of the world’s poorest countries – the earthquake ravaged island of Haiti.

‘We attracted the biggest number of walkers we ever had in our six years – and we raised €6,500 which was well up on last year. We are delighted,’ said Christian Aid Ireland fundraising co-ordinator, Andrew Coleman.