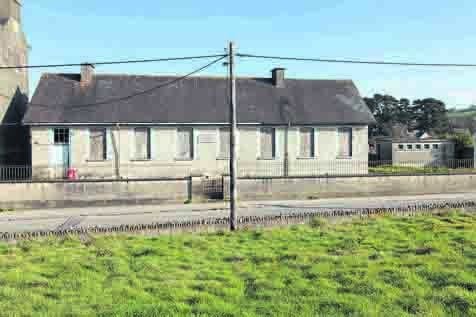 THE murderer who was described in such sordid detail in the High Court in recent weeks seemed a million miles from the young Bandon man who left the town to embark on an impressive professional career, in September 1991.

Born on September 21st in 1972, Graham was a well-liked easy-going child who attended nursery school, where he met his friend Colm Costello, who was later to give evidence in his trial.

From a family of four, Graham was born after his sister Mandy, and also has two younger brothers, Brendan and James. He attended Primary School in Crossmahon, just outside Bandon.

His parents Susan and Sean Dwyer live at Deerpark in Bandon, where they are popular and friendly neighbours. Some of the court reporters covering the case got to know Mr Dwyer over the course of the trial, and described him as a ‘gentleman’.

There was nothing in Graham’s early years to predict what was to come. In fact, his teenage years passed largely without incident – he was in the scouts, worked weekends on a chicken farm, loved music and even joined a band for a period, playing bass, with friends from Hamilton High School and Bandon Grammar School, called Strangeways.

The band was, ironically, named after an album by one of his favourite groups – The Smiths. The Smiths’ album ‘Strangeways, Here We Come’ was itself a nod to the notorious Manchester prison of the same name. The irony must surely not have been lost on his fellow band members last week. He also liked Basildon synth band Depeche Mode – an eighties band still hugely successful today – but known for their dark lyrics containing references to themes of death, depression and drug addiction. Such was his devotion to the band, he was due to see them live in the then-O2 just weeks after his arrest.

After an excellent Leaving Cert in 1991, Graham left Bandon and secured a course in Architecture at DIT in Bolton Street in Dublin. It was around this time that he had a child with then girlfriend Emer O’Shea from Ballyshannon in Donegal. Both O’Shea and Graham’s son Sennan gave evidence against Graham in the trial.

But it wasn’t until 1997, while studying in Bolton St, that he started dating Gemma Healy, the Sligo-born daughter of a respected surgeon.

The two professionals set up home together after getting married, and the renovation of their artisan cottage in trendy Dublin 6 even made it into The Irish Times. In 2000 Graham appeared in the RTE show ‘Beyond The Hall Door’ where he designed a bathroom for the television series.

The good-looking couple certainly looked like the perfect suburban couple – and Graham was certainly living the dream. Gemma told the court how her husband loved his cars, (he even had a Porsche at one stage), and at the time of his arrest, he had both a Land Rover Discovery jeep and an Audi.

He also loved flying model airplanes, and was wonderful with computers.

There was more irony in that comment, given how technology became his downfall in the end, as the expert garda and civilian witnesses outlined his movements and conversations in the years and months before Elaine O’Hara’s death, thanks to the traces that were left behind on various laptops and phones.

But Graham never forgot his Bandon roots, and was a regular visitor home, and during holiday time with his children. He was back in West Cork just weeks before his arrest, attending a reunion with old friends, and talk of family trips to nearby beaches were mentioned during the trial.

Having been let go from his job in Dublin since his arrest, it is believed he may have been planning to move home to Cork if he had been found innocent of the murder, to restart his career as an architect.

There was, of course, huge media interest in the case and while there was criticism of the sordid details in some quarters, it was generally a case of blaming the messenger. The issue was with the detail given in open court, not with the coverage, which was simply stating facts.

And indeed it is difficult now to see where the State could have limited any of that detail, given the importance of securing a conviction against a man who, it is now believed, is a huge danger to women.