A KICKBOXING club in Beara isn’t only about winning trophies, but instilling a sense of confidence and empowerment in its young members.

Bernard’s ION Health and Fitness is run by Bernard Brady, and despite the club bringing home over 20 trophies in their last competition,  he stresses that ‘it’s more about performance and doing your best than winning trophies.’

Bernard began his own kickboxing journey in Kildare with Combat Kickboxing. He spent eight years there, gaining a black belt before moving to West Cork and joined  West Cork Kickboxing as a coach. By 2014 Bernard had set up his own club, ION Health and Fitness, offering kickboxing classes, along with health and fitness classes and one-on-one personal training. He now splits his time between his training gyms in Castletownbere and Bantry, with over 60 members between the two clubs. 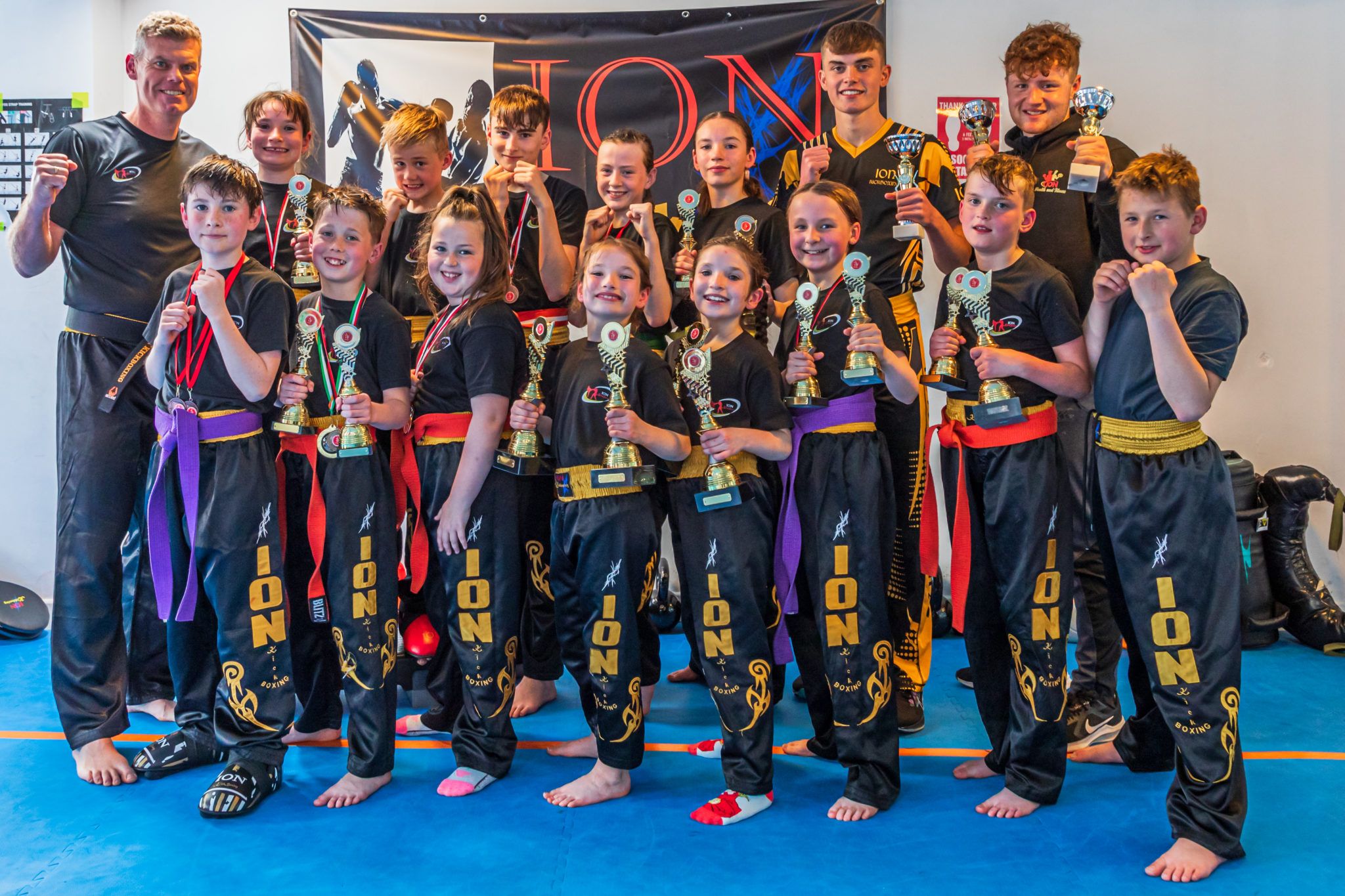 Bernard said the operation is very much family-oriented, with his own sons Oisin and Sean, who themselves have won numerous Wako (World Association of Kickboxing Organisation) awards, being very much part of the operation. ‘We’re a family-run organisation and our aim is that our club is one big family. A lot of the children who come to us haven’t found their footing with the traditional sports of West Cork, such as soccer, and GAA, but kickboxing is an ideal outlet for them.

‘They’re learning a sport at their own speed, gaining their confidence and everyone looks out for each other. Some have been with us from the children’s club and are now progressing to the adult training. A good number do play other sports, but kickboxing is their real passion.’

Bernard emphasises that the main ethos of the club is respect. ‘Before we start each class we talk about how everyone should feel that they’re important, and that they can only do their best. We don’t criticise, we encourage, there’s no shouting in any of the classes, and that applies to everyone from the top down, and the bottom up.’

Bernard’s coaching skills have seen club members gain national, European and World Wako titles. Club members are graded every six months based on their individual personal performance, and again Bernard stresses, there is no pressure. ‘Everyone learns at their own speed with what they are comfortable with.’

‘As well as learning new skills, the main thing is everyone enjoys themselves, when we finish every class everyone raises their hands and shouts “we are champions”. They don’t just say it but they mean it and feel it.’