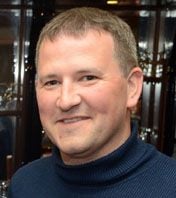 EVIDENCE has finished in the Elaine O’Hara murder trial at the Central Criminal Court.

Lawyers for Mr Dwyer called three defence witnesses including one who saw a woman crying in Shanganagh Cemetery on the evening Ms O’Hara was last seen there, the same evening Mr Dwyer is alleged to have murdered her.

It is the State’s case that the architect stabbed the Dubliner for his own sexual gratification.

Mr Dwyer (42) is charged with murdering Ms O’Hara at Killakee, Rathfarnham, Dublin on 22nd August 2012, hours after she was discharged from a mental health hospital.

The Bandon father of three of Kerrymount Close, Foxrock in Dublin has pleaded not guilty to murdering the 36-year-old childcare worker.

Mary Crosbie testified that she recalled ‘quite clearly’ August 22nd 2012. She said it was her mother’s anniversary and she was visiting her grave in Shanganagh Cemetery, South Dublin.

‘I thought I heard somebody crying. I stopped,’ she said.‘I saw a woman facing down on the grass,’ she said, explaining that she wasn’t on a grave, but on the edge of graves.

‘She was very upset and crying very loud,’ she recalled.

She said she didn’t see the woman’s face as it was in her arms. ‘She was a biggish girl,’ she said, adding that she had mousey, brown hair. ‘It was something that had never left my mind.’

Sheep farmer Richard O’Connor testified that he had land surrounding Shankill Flying Club. The jury already heard that Mr Dwyer was a member of the South Dublin club.

He said that he was approached by two gardai from Shankill Garda Station in October 2013.

‘They enquired about a dead sheep,’ he said. ‘I had no idea why they were making these enquiries. They went away without informing me.’

‘It is possible a sheep could die and you wouldn’t see it for a few days,’ he said, adding that it happened from time to time.

The trial heard last week about a text that the State claims the accused sent Ms O’Hara on April 25th, 2011. The sender told her that he had found a dead sheep the previous day.

‘Might go back after dark and see how it feels to sink a knife into it,’ he wrote.

A second sheep farmer, John Donohue, testified that his farm was adjacent to Roundwood Flying Club in Co Wicklow. The court had heard that Mr Dwyer was also a member of this club.

He said that gardai had approached him last May and enquired about a sheep being killed on his land in April 2011.

‘I couldn’t remember,’ he said. ‘I had none killed anyway.’

Mr Justice Tony Hunt then told the jurors that what had been required of them had been very intense. He said that listening to closing arguments and their deliberations over the coming days would also require a lot of attention.

‘You’ll hear from me Monday,’ he said. ‘I think it’s safe to say that, at some point on Tuesday, you’ll commence your deliberations.’

Last week the court heard that the accused had repeatedly denied murdering Elaine O’Hara when two detectives questioned him.

They also heard that D/Sgt Woods had put it to Mr Dwyer that he had killed Ms O’Hara and left her remains out in the open so he could go back and look at her body. ‘Ah, that’s disgusting,’ the transcript of the Garda interviews read into the court record revealed.

D/Sgt Woods told the court he arrested Mr Dwyer and, after he cautioned him, Mr Dwyer replied: ‘I don’t know what you’re talking about.’

When asked for the record what his full name was, he told the two detectives: ‘Graham Richard John Dwyer.’

Under further questioning, he told the detectives: “I know what you’re getting at, but I didn’t kill anybody. I’m worried about my wife and job.”

And he added: ‘I am worried about being associated with this case. I will say nothing about this case, I have nothing to do with it; I want to go home … will I have a wife if I am associated with it? Who will employ me?’

Mr Dwyer then told gardai he was afraid of being in the newspapers if news of his arrest broke, saying: ‘I do not want to be in the tabloids.’ And he also spoke of his fear of losing his wife, Gemma, saying: ‘If I was even remotely associated with this I would jump in the river, if I wasn’t able to have my wife’s trust or my job. I’m a very lucky man, I want to keep it, I have had bad relationships and I want to keep Gemma.’

D/Sgt Woods then told him he believed he had strong evidence against him in the case, and Mr Dwyer said: ‘I didn’t kill anybody.’

After his detention was extended at lunch time for six hours by Supt John Hand, he was again interviewed. He again denied killing the deceased, saying: ‘I did not murder Elaine O’Hara.’ And when asked if he could remember where he was on August 22, 2012, the day prosecutors allege Ms O’Hara was murdered, Mr Dwyer replied: ‘No.’ he also told the detectives: ‘I would like to know how my life has been ruined by this case.’

The gardai then showed Mr Dwyer still images from CCTV of a man with Ms O’Hara at her apartment complex on August 15, 2012 and officers said they were satisfied it was him. He replied to them: ‘I’m glad I’m not murdering anyone in any of those photographs … I didn’t kill anyone.’

The accused later admitted to Garda detectives that he had sex with Elaine O’Hara – and said she liked being chained up overnight.

When asked if he could explain why his DNA was in her apartment, he replied: ‘I can understand how you found it, but I didn’t kill anybody. I wouldn’t be surprised if you find my hair or fingerprints there.’

The court was also told that D/Sgt Woods read him a statement from his former partner Emer McShea, in which she said Mr Dwyer had, around 1994, spoken of his fantasy of stabbing a woman during sex.

Mr Dwyer then told D/Sgt Woods: ‘Oh my God. I’d say she enjoyed reading that ... she wants to hurt me.’

Later in the interview, after he was informed of his DNA being found at Belarmine Plaza, Mr Dwyer admitted to gardai that he did know Ms O’Hara and had sex with her.

And when D/Sgt Woods asked him why he met her, he replied: ‘I suppose I wanted to meet her for stuff, but she wasn’t very attractive.’

And he added: ‘She wanted to be kept all day in a cage with a bowl of water.’

He then told the officers: ‘At one stage she asked me to kill her. She wanted to be hung so her dad would find her.’

He added: ‘She had this thing where she wanted to be chained over night.’ But when asked if their relationship involved him urinating or defecating on her, Mr Dwyer replied: ‘God no.’

D/Sgt Woods then asked him if cutting turned him on and he replied: ‘I am interested in horror movies.’

The court also heard that the detective had asked Mr Dwyer if he could provide officers with any alibi evidence for August 22, 2012, the day of the alleged murder of Ms O’Hara.

Mr Dwyer told the officers: ‘I’ll have to check.’