Rose Dugdale raises a defiant fist in Tottenham. Just days later, she would depart for Northern Ireland. Inset - As reported on the front page of The Southern Star, June 29, 1974

From her Bridgerton-esque upbringing, to becoming a self-styled IRA revolutionary on the run in West Cork, Rose Dugdale was a colourful character in 1970s Ireland, writes Jack McCarron

LIKE the Greek that studied sculpture at St Martin’s College in Pulp’s 1995 hit single, Bridget Rose Dugdale wanted to live like ‘Common People’.

Dugdale, the Oxford-educated socialite who abandoned her life of privilege in the UK to join the Irish Republican movement in the early seventies, is the subject of The Woman Who Stole Vermeer, a new book by Anthony M Amore. 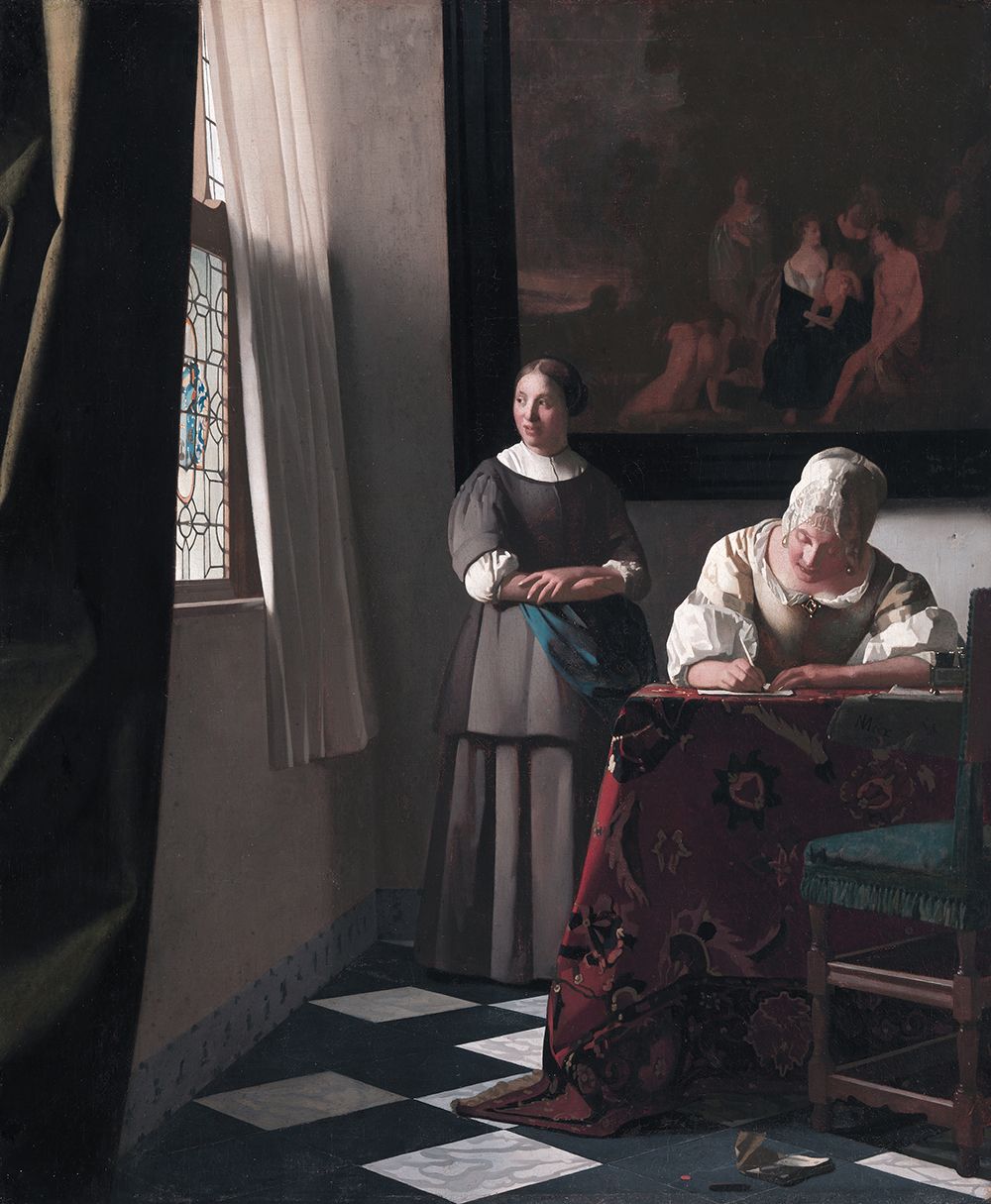 Woman Writing a Letter with Her Maid, Johannes Vermeer (c. 1670). Stolen from Russborough House in 1974 and recovered soon after.

Presented to Queen Elizabeth II as one of the ‘last debutantes’ in 1958, Dugdale came to the attention of the world’s media in 1974 for her role in the violent Russborough House art heist.

Ten days after the raid on the Beit Collection in Blessington, she was arrested in a cottage rented from Glandore farmer Con Hayes.

She had in her possession over £8m worth of stolen art, including the well known Lady Writing A Letter with her Maid by Johannes Vermeer.

But how did this young aristocrat with an economics PhD go on to become the only woman in history to mastermind a major art heist?

What led to her radicalisation?

And why did she end up hiding out in idyllic Glandore?

Born into Devonshire privilege in 1945 to Lieutenant Colonel Eric Dugdale and his wife Caroline, Dugdale’s backstory differed greatly from her Russborough heist accomplices.

Her father was a Lloyds stockbroker while her mother’s family had made their fortune in the slave trade.

Less than 15 years later she would play a significant role in an aerial assault on a RUC station in Strabane – dropping the first bombs to fall on the UK since World War II.

Dugdale’s transformation from academic to self-styled revolutionary was swift.

Inspired by the Black Panthers in the US and a trip to Castro’s Cuba she set about tackling ‘western imperialism’.

Dugdale eventually found her own cause closer to home.

Mass internment and Bloody Sunday were the sparks that lit the fuse according to Amore’s telling.

Initially, Dugdale showed her support by attending civil rights rallies in Derry and Belfast before graduating to smuggling arms.

The art heist, which she led alongside the notorious IRA bomber and future husband Eddie Gallagher, became her most infamous action.

On April 26, 1974, Rose, Eddie and two male accomplices forced their way into the stately Russborough House, assaulting a worker and a 14-year-old boy in the process.

Within 10 minutes, the gang had bound and gagged Sir Alfred and Lady Beit, loaded their Ford Cortina with 19 works from the Beit collection and set off with their near-priceless loot.

The escape route took in stops at Cashel, Ennis and Gorey before landing in West Cork and the cottage rented from Con Hayes at Reenagreena. Ten days before the robbery, Dugdale, using the alias Mrs Merrime, agreed to pay Hayes £10 a week for the cottage and occasional use of his car for trips to Glandore.

Though not the first aristocrat ever to identify West Cork as the perfect bolthole, Dugdale was undoubtedly the first to do so having also demanded a £500,000 ransom and the return of IRA bombers Dolours and Marian Price from the UK to Ireland.

Dugdale’s mini-break in Glandore was to be short-lived however.

Pat O’Leary and Billy Creedon, gardaí based in Rosscarbery, were on the case.

A quick chat with Con Hayes revealed that he had recently leased his cottage to a mysterious Mrs Merrime who spoke in broken English.

The net was closing. When O’Leary and Creedon confronted the suspicious tourist they knew something was amiss.

Back in Rosscarbery they made the call to Superintendent Thomas Barrett. 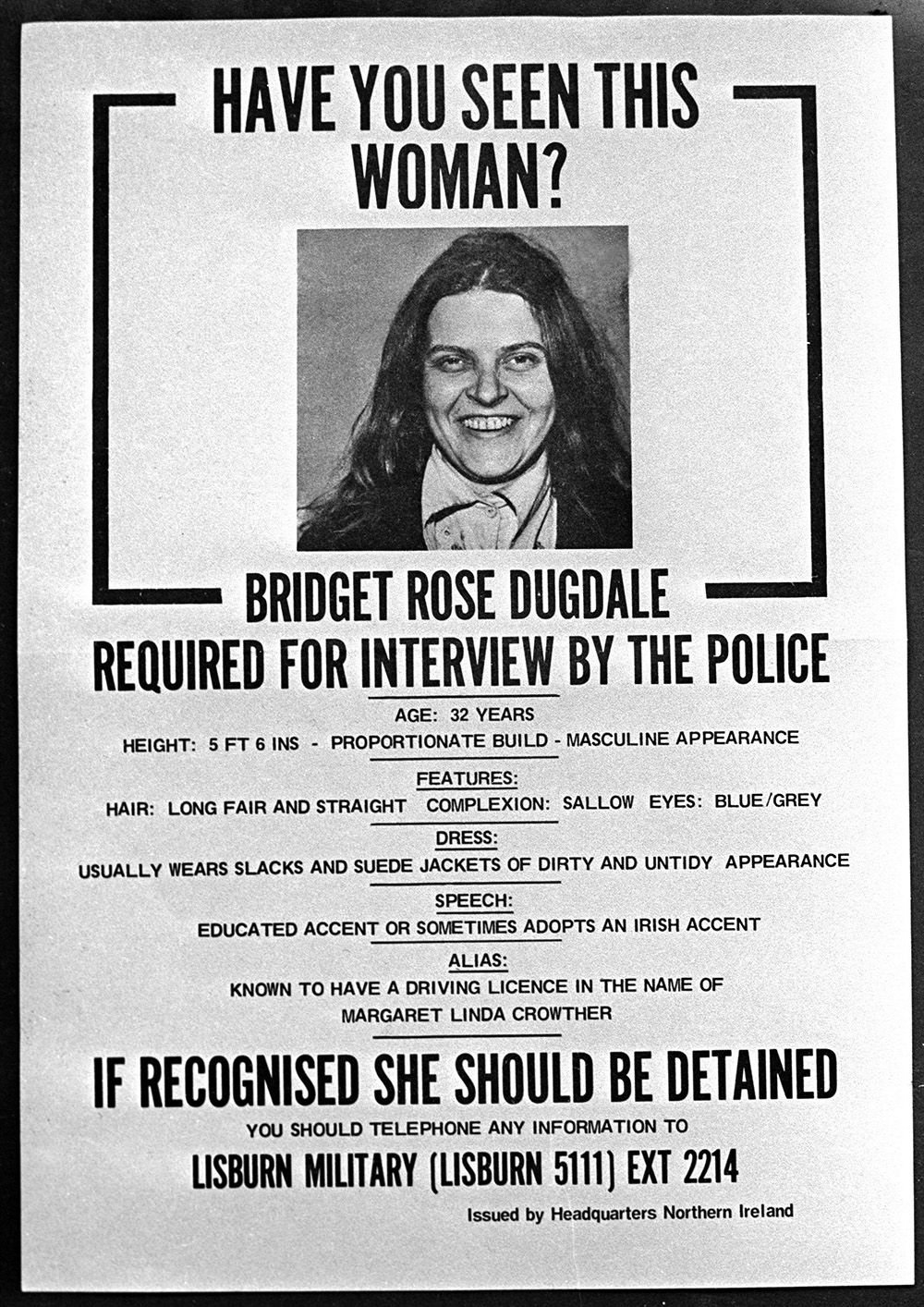 In the meantime, likely knowing the jig was up, Dugdale borrowed Hayes’ Morris Minor once more and headed west to Baltimore.

The stunning view out toward Sherkin was to be one of her last as a free woman.

On return to Glandore, Dugdale was greeted by a large contingent of heavily armed gardaí who arrested her having recovered the stolen artworks from the rented cottage and the boot of the black Morris Minor.

Her next stop was Limerick Prison, where she would eventually serve nine years.

Dugdale, who was pregnant with Eddie Gallagher’s child when captured, gave birth during her sentence and the two made their mark on Irish history once more when they became the first convicted prisoners to marry in Ireland while in custody in 1978. She was released from prison in October 1980.

• The Woman Who Stole Vermeer by Anthony M Amore is available now, priced €23.99.