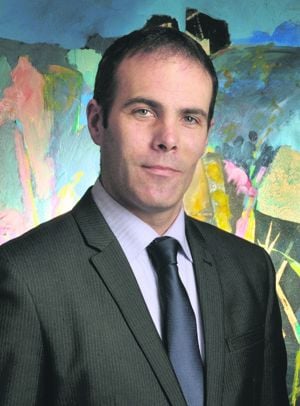 AN investigation has been carried out by the Roads Design Office into a spate of accidents that have occurred at the redesigned bypass junction in Dunmanway.

Garda records from the period of May 2013 to May 2015 have shown that there have been ten reported accidents in this location – eight of which were reported as ‘material damage only’ and two of which were classified as ‘non-serious injury.’

Although there were no reported accidents involving pedestrians or cyclists, Cllr Declan Hurley (Ind) has gone ‘on record’ as saying the redesigned bypass junction is ‘a death trap.’

Mr Hurley estimated that there have been more than 20 accidents in that area since the junction was redesigned in May 2013. He claimed six of these have happened in the last seven months, but not all of them have been reported to the gardai.

The councillor tabled a motion at the June meeting of the West Cork Municipal District because, he said: ‘If a serious, or fatal, accident does happen there I want to know that I tried to get something done about it.’

Mr Hurley welcomed the investigation that was carried out by the Road Design Office and the recommendations it has made. However, he said: ‘I still need to be convinced that these proposals will be effective.’

The report suggests that the problem at the bypass junction is caused by the lack of visibility for motorist coming from the minor roads of Park Road and East Green onto Quarry Road, which is the main road from Dunmanway to Bantry.

The local authority engineers who assessed the junction believe that by moving the stop lines on the roads at Park Road and East Green further forward will increase sight distances.

Some work – namely the painting of ‘prepare to stop’ signs and yellow warning lines on the road way leading to the junction – has already been carried out.

Mr Hurley said he does not believe that these measures go far enough. He told The Southern Star: ‘I do not believe these measures will work unless the Road Design Office goes one step more and removes the wall on Quarry Road because it is blocking motorist’s view of traffic coming from the east.

Mr Hurley is adamant that the metal fence at the pedestrian crossing also needs to be removed because it is blocking the sight line of oncoming traffic. And he called on the Roads Design Office to ‘go back to the drawing board before it is too late.’