‘DUBLIN’S a miserable kip full of kale-gobbling hipsters and drug addicts. I only go there for matches and the airport myself – straight in and out as fast as I can. I feel so sorry for you and the terrible life decisions you’ve made. I’d sooner live in Kabul.’

The above are extreme examples, to be fair, but ever since I moved to the capital in the early noughties, this is the general tone of reaction I get from anyone outside The Pale. Outside the county bounds, Dublin-bashing is a national sport.

Imagine for a minute if the shoe was on the other foot, though, and I called into question anybody’s choice for settling in West Cork? How do you stick Glandore with all those pink-jumpered millionaires swanning around talking about the share price of Kingspan? Or all the hippies in Skibb made out of cheese with their vegan soup and their yoga mats? And did you just throw a dart at a map in the middle of a drinking session when you settled on Bandon?

Not very nice, is it?

Don’t get me wrong – there are days in Dublin when I pine for ‘home home’ as I still call it. I need a fresh injection of West Cork air every six weeks or so, or I start to ‘go off’. I develop weird facial tics and start to jabber. I aggressively salute every driver I meet with one finger over the steering wheel (which is fairly exhausting at rush hour, let me tell you). When these symptoms start to show, I know I need to be sent back to Clon for a factory reset.

But for now, I live in Dublin – and this will come as a terrible shock to a few of you so I would urge you to sit down before reading this – on its day, it’s one of the nicest cities in the world.

Last weekend, for example, I hopped on my bike and took a lovely cycle from my house in the North Inner City, down past the Luke Kelly statue on Sheriff Street, through the ‘silicon docks’ all lit up like a Christmas tree and, twenty minutes after I left home, I was watching Ireland slaying the mighty All Blacks in front of a full-capacity Aviva Stadium.

I can leave my house and be by the sea in 10 minutes. I can eat food from pretty much anywhere in the world and have it delivered to my door within an hour. It feels generally safe and the ability to disappear into a crowd, the relative anonymity, is just something that suits me.

So this week, I thought it would be nice to point out that Dublin isn’t all bad. And to those people who have written off the city all these years, all I’m saying is – give it a go. You might be pleasantly surprised. We even have a guest room ... but don’t all come at once. 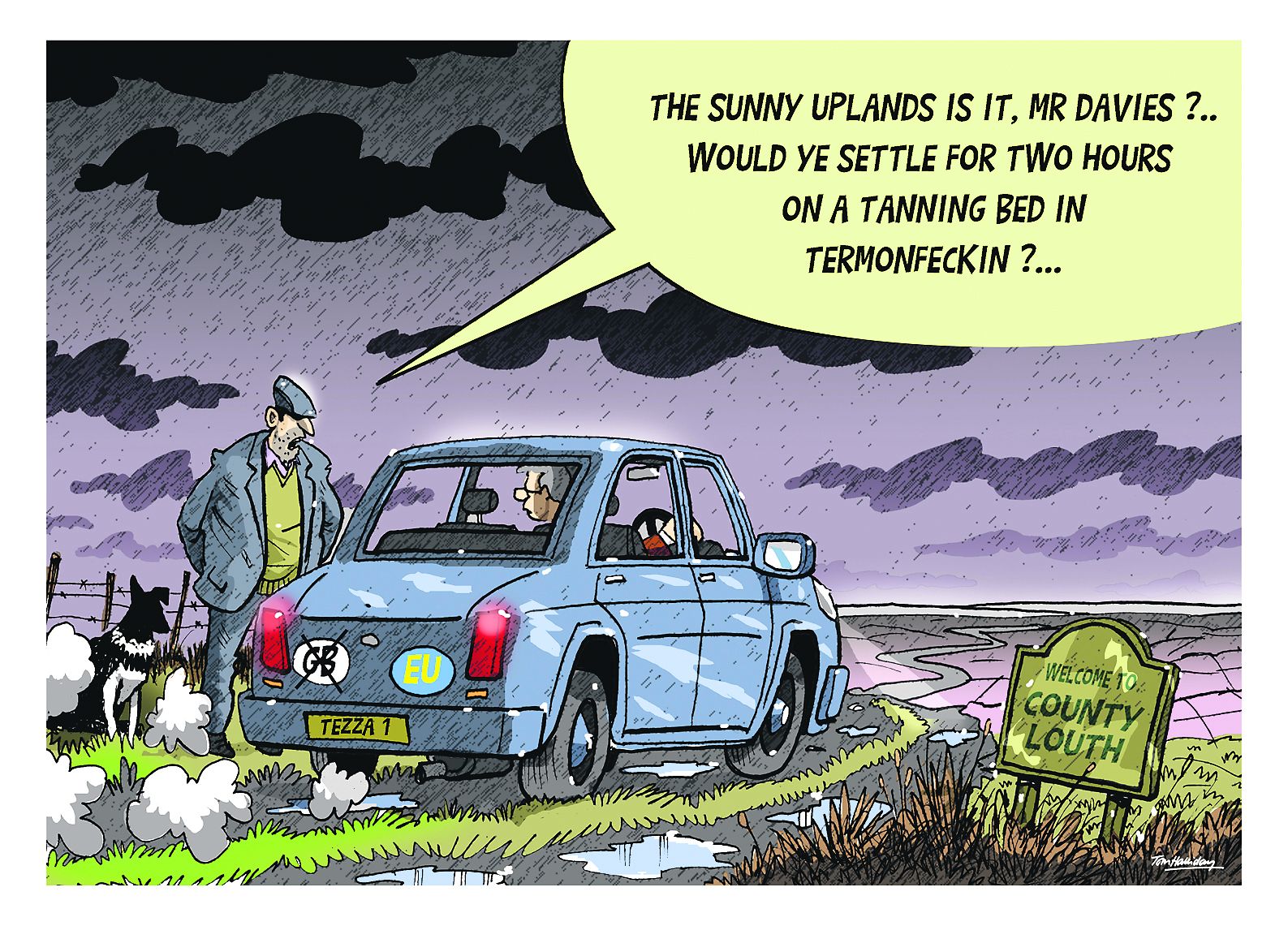 A tonic in toxic times

THIS week I‘ve been immersing myself in the book Facfulness: Ten Reasons We’re Wrong About the World – and Why Things Are Better Than You Think by Hans Rosling.

In sharp, witty prose Rosling outlines many reasons to be positive about the future of the world and humankind in general. It’s a tonic in toxic times.

Of course, it’s very easy for me, a white straight man living in a rich European country, to be taking a positive view of the world as I approach middle age.

‘Isn’t it grand for you, with your plug-in car and your expensive sandals?’, I hear you quibble.

However, I would heartily recommend this book to anybody who feels overwhelmed by the general negativity-bias in the media. Our prehistoric brains are hardwired to find the negatives in our surroundings, to amplify all the disasters that have happened or are yet to come.

In the era of social media and a 24-hour news cycle, this can trigger an almost constant low-level trickle of anxiety which we’re seeing play out in a mental health crisis amongst the younger generation.

Although it’s right and proper to be feeling a sense of worry, especially in the wake of a pandemic, and with the climate crisis unfurling at a terrifying pace, this book really challenges the pervasive notion that everything is getting worse and we are living in the end times.

It is empowering, too, and shows how we have overcome major obstacles through science and the proper interpretation of data.

I’m moving onto Mark Henry’s new book next - In Fact: An Optimist’s Guide To Ireland At 100 which outlines some of the amazing progress we’ve made in Ireland since independence, without brushing our obvious existing problems under the mat.

IT was great to see Terence Davies, widely described as Britain’s greatest film director, securing an Irish passport in opposition to Brexit. In an interview with film critic John Maguire, Davies said he was appalled by Brexit and that ‘being separated from the rest of Europe makes no sense to me. We are stronger together.’

Davies grew up in an Irish Catholic household in Liverpool and can link his ancestry to his mother’s people from Louth. He has expressed a deep interest in reconnecting with his Irish roots and recalls how being taken to see John Ford’s The Quiet Man in the 1950s shaped his perception of the Irish homeland as ‘a place drenched in sunlight’.

So who’s going to break it to him, lads?